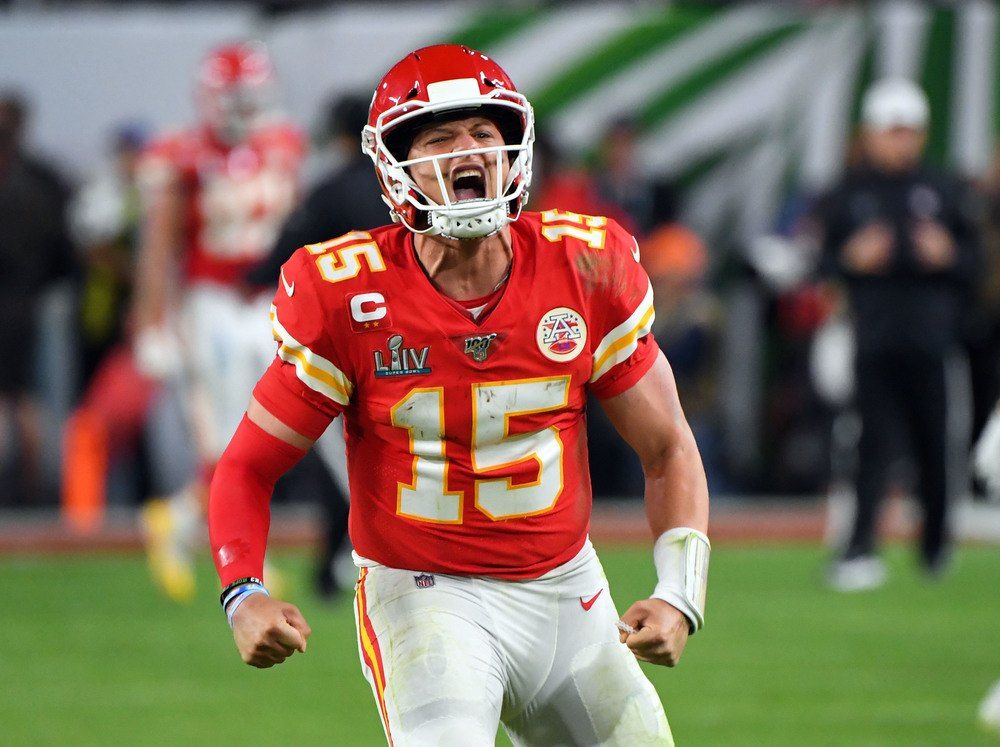 It seemed inevitable that Patrick Mahomes would sign an extension with the Chiefs, but no one was anticipating this kind of deal:

Chiefs and QB Patrick Mahomes have reached agreement on a 10-year — 10-year! — contract extension that ties him to Kansas City through the 2031 season, league sources tell ESPN.

Mahomes has two years remaining on his contract (worth $2.794M in 2020 and $24.837M in 2021), and Schefter notes that the 10 years will be tacked on to his current pact. So, the franchise quarterback with be tied to the Chiefs through the 2031 season. NFL.com’s Ian Rapoport has since tweeted that the 10-year extension is worth $500M. Seahawks quarterback Russell Wilson previously led the NFL with a $35M average annual value, a total that will be exceeded by Mahomes’ new AAV.

After tossing 50 touchdowns en route to the 2018 MVP, Mahomes managed to lead Kansas City to a Super Bowl championship in 2019. Following that two-year stretch, it seemed like only a matter of time before the Chiefs locked up the former first-round pick.

There’s some obvious risk on the Chiefs’ side. Even when considering Mahomes’ talent, production, and age (he’ll be 25 in September), there’s no guarantee that he’ll be able to maintain that level of play for another decade. Add in the risk of a debilitating injury, and the back-end of this extension could be ugly for the franchise. Indeed, it’s relatively rare for a player to sign (much less finish) a contract of this length. As Greg Auman of The Athletic pointed out on Twitter, Donovan McNabb inked a 12-year deal with the Eagles in 2002, while Drew Bledsoe signed a 10-year deal with the Patriots in 2001. Neither of the quarterbacks ended up finishing their respective deals.

There’s also some risk on the part of Mahomes. There were whispers that the quarterback could opt for a short-term deal with the hope that he’d ink a second extension when the NFL’s cap eventually increased. In this scenario, Mahomes would be trading long-term security for an increased earnings ceiling. There were also whispers that Mahomes’ extension could simply be based on a percentage of an ever-fluctuating cap, assuring that the All-Pro player was always paid appropriately, regardless of the financial changes. Some pundits even believed Mahomes could earn upwards of $50M per season, and it seemed like a foregone conclusion that he’d become the league’s first $200M player. However, no one was expecting the quarterback to ink a deal that’d last 10 years.

This extension will have a natural impact on the NFL’s other extension-eligible quarterbacks. Dak Prescott continues to negotiate a long-term pact with the Cowboys, and both sides will surely use Mahomes’ new deal as a basis. The same sentiment goes for Deshaun Watson and the Texans, who started extension talks in late May.

While one of their best defensive players may be threatening a holdout, the Chiefs are still the favorites to win the Super Bowl in 2020. The team returns 20 of the 22 starters who helped lead them to last year’s title, and they added talented running back Clyde Edwards-Helaire in the first round of the draft. While the Chiefs have been able to load up on talent in recent years thanks to Mahomes’ rookie deal, their financials will look a whole lot different with the QB’s giant cap hit on the books. It will be interesting to see how Kansas City’s roster transforms (and whether the organization can continue contending) in the coming years.