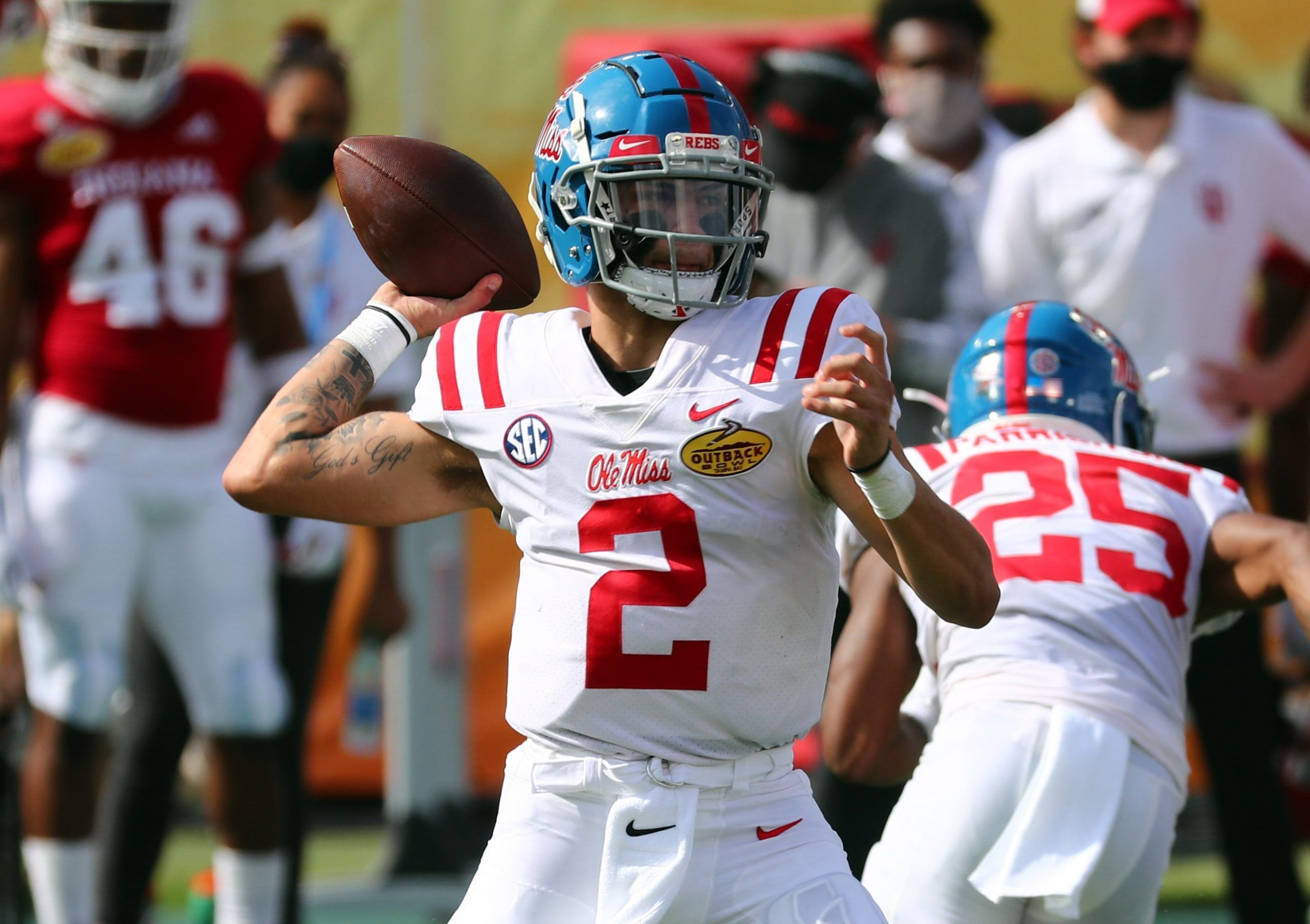 Since graduating from Davidson (The College That Stephen Curry Built), I have been writing about sports -- just about any and all you can think of! -- and coaching tennis in Atlanta, GA. Beyond the four major sports, I am an avid tennis fan and cover the ATP Tour on a daily basis. If I'm not busy writing, you can generally find me on a tennis court or traveling the world wherever a sporting event takes me.
@Dimonator133
Updated: 13:56 PM ET August 26, 2021

The college football season will be upon us this weekend, so it’s time to make our best bets on teams’ regular-season win totals. Let’s hope Covid-19 issues stay away (much unlike last year!), so that havoc is not wreaked on this particular betting market.

Which teams will exceed expectations and which ones could underwhelm? Let’s take a look.

UCLA and head coach Chip Kelly look poised for success in 2021. As usual, the Bruins are flying under the radar and their Over/Under of 7 is there for the taking when it comes to over bettors. Part of the reason why it’s too low is that Kelly’s crew was incredibly unlucky last season (actually the most unlucky according to EPA). The Bruins went 3-4 on their abbreviated schedule and they could have gone 7-0. The losses were 48-42 to Colorado, 38-35 to Oregon, 43-38 to USC, and 48-47 in double-overtime to Stanford. UCLA is one of the teams we think could be in line for major improvement this year.

Back under center is Dorian Thompson-Robinson under center, who is entering his fourth season as the starter. DTR posted by far the best rushing numbers of his career in 2020 despite the limited schedule, amassing 306 yards and 3 touchdowns in only 5 games. Leading receiver Greg Dulcich is back, as are all 5 starters on their offensive line. This offense has the potential to be elite.

Check out our Pac-12 predictions for the upcoming season

In typical Ole Miss fashion, the offense should be a juggernaut while the defense will be questionable. Led by Heisman Trophy candidate Matt Corral, the offensive firepower will likely be good enough to compensate — maybe even with room to spare — for the amount of points being conceded. Corral has plenty of experience heading into his junior season. He will have to cut down on his mistakes (14 INTs in 2020), but he passed for 3,337 yards, rushed for 506 yards, and accounted for 33 total TDs as a sophomore. It should also be noted that against Alabama he went 21-of-28 for 365 yards with two touchdowns and no interceptions. If Corral can do that against the Crimson Tide, he can do it against anyone.

The Rebels face Austin Peay and Tulane in 2 of the first 3 weeks, and Louisville is not the most spectacular of ACC opponents. They should be able to go 8-4 at worst, with losses to Alabama, Texas A&M, and perhaps 2 (maybe only 1) elsewhere on a less than imposing schedule.

There are 2 reasons why losses could pile up while wins are held in check. One: the Zach Wilson era is over in Provo, Utah. Two: the schedule is rough. Will the Cougars be able to overcome those factors? Maybe not. Baylor Romney and Jaren Hall look like decent options at quarterback, but they won’t have Dax Milne — Wilson’s favorite receiving target — at their disposal. BYU is one of the teams we think could regress in 2021.

As for the difficult schedule, after opening with Arizona the Cougars will face consecutive top 25 opponents in Utah and Arizona State. They wrap up their regular season with another top 25 adversary in USC. In between those tests, BYU will go up against Baylor, Boise State, and Virginia.

NC State has a couple of obvious strengths in the defensive backfield and the two lines. The Wolfpack also boast plenty of talent at the skill positions, so there really aren’t any clear weaknesses on this roster. In a vulnerable ACC, 1 or 2 strengths and zero major weaknesses is enough to do serious damage.

Included on the non-conference schedule are South Florida, Furman, and Louisiana Tech. The Wolfpack also get a shot at Mississippi State, not exactly one of the best SEC opponents. If NC State goes even 3-1 in those contests, it can compile a 4-4 ACC record and exceed this quota. This team should go at least 4-4 on the conference slate and really a record over .500 can be expected.

Check out our ACC predictions for the upcoming season