College football betting: How the unique 2020 season could impact teams in 2021 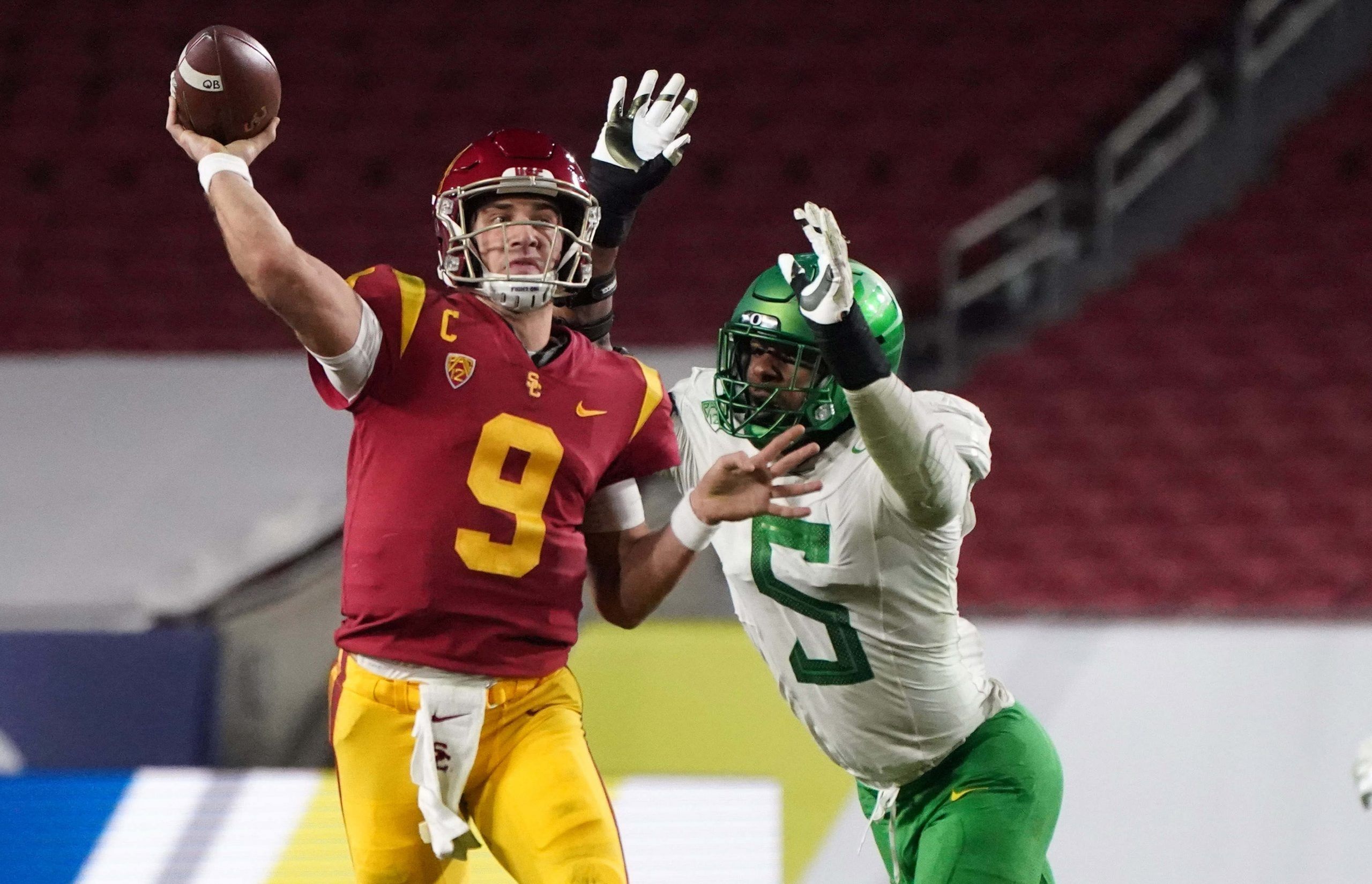 Since graduating from Davidson (The College That Stephen Curry Built), I have been writing about sports--just about any and all you can think of!--and coaching tennis in Atlanta, Ga. Beyond the four major sports, I am an avid tennis fan and cover the ATP Tour on a daily basis. If I'm not busy writing, you can generally find me on a tennis court or traveling the world wherever a sporting event takes me.
@Dimonator133
Updated: 18:57 PM ET August 27, 2021

What does the 2021 college football season have in store? Well, it surely can’t be any more chaotic than last year’s—at least let’s hope not! The Covid-19 pandemic wreaked havoc on the 2020 campaign, but at least there was a season. Last summer it was never a guarantee that the sport would even happen. The fact that it did was a success in itself.

Fast forward to the beginning of this college football season and sports are in full flow—most of them with fans—even though the pandemic is still raging. There is no guarantee that the next five months will go off unscathed.

Let’s take a look back at 2020 and discuss how it could impact this coming season.

Yes, there was a 2020 college football season…but not for everyone. Old Dominion, UConn, and New Mexico State all opted out. The entire Big Ten was prepared to pull the plug but ultimately decided it did not want to get left out of the party when everyone else was staying in the game. A total of 19.7 percent of regular-season games got cancelled. That number jumped to 39 percent with bowl games (16 of an originally scheduled 41 got the boot).

Ohio State took the field for a mere five Big Ten games and needed a late ruling to get into the conference championship (which it won over Northwestern). In the ACC, Wake Forest played just 7 conference games. A couple of teams in the American Athletic Conference played only 6 games. Conference USA representatives played between 3 and 7 games against their rivals, depending on their respective luck with Covid-19 protocols. The Pac-12, Mid-American Conference, and Mountain West Conference all managed about the same.

In the midst of the madness, the most important bowl games were played and a National Champion was crowned. Alabama, Ohio State, Clemson, and Notre Dame comprised the College Football Playoff and Nick Saban led his Crimson Tide to another title.

In a way, the more things changed in 2020 the more they stayed the same.

It’s hard to say how the chaos of last year will carry over and impact teams in 2021. Obviously the key is for everyone to follow protocols, stay healthy, and be able to get in a full schedule. If all things are equal in 2021 (they probably won’t be, of course!), the programs most affected will likely be the ones that were unable to complete all—and in some cases any—of the 2020 season.

New Mexico State, for example, is suiting up for the first time since 2019 this weekend and UTEP getting the win and cover against the Aggies is one of our best college football bets. A couple of big-name schools in the Pac-12 played only four games in 2020. Last year might as well have been a wash for teams like Washington, Washington State, and Arizona State. Their younger guys barely got a chance to see action, thus making it harder to make immediate improvements in 2021.

The Heisman Trophy race could be impacted, as well. USC’s Kedon Slovis appeared just 6 times last fall and Arizona State’s Jayden Daniels was on the field for only 4 contests. A bigger workload would have provided valuable experience while also allowing them to cement themselves as 2021 Heisman contenders to a greater extent than they were allowed.

Whatever the case, the 2021 season it’s here. It’s time to fasten your seatbelts. Let’s just hope the ride is longer and less rocky than it was last year.