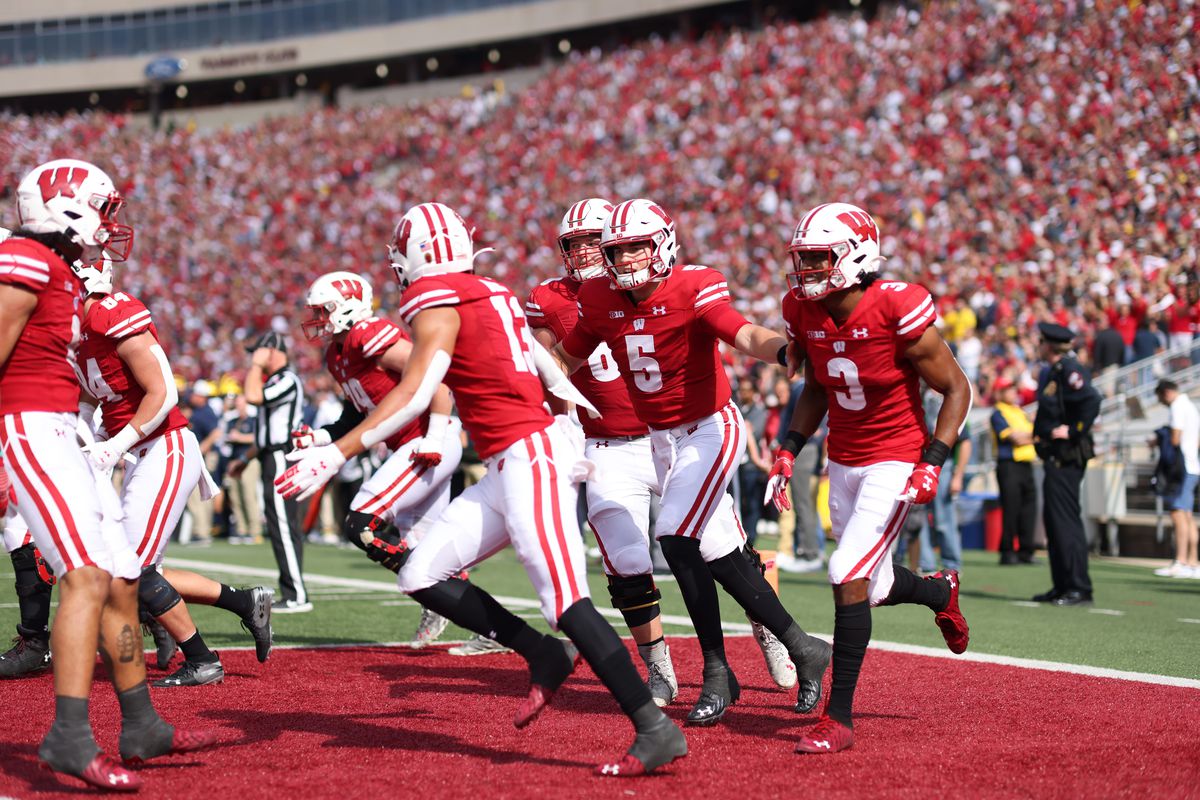 The 2021 college football bowl season is heating up in a big way. We lost one game on Tuesday (the Holiday Bowl between UCLA and N.C. State) and another one on Wednesday (the Fenway Bowl featuring SMU and Virginia), but at this point Thursday’s stellar slate of action is unscathed despite the ongoing Covid-19 issues. Among the teams taking the field are North Carolina, Michigan State, Pittsburgh, Wisconsin, and Purdue.

With that, it’s time to deliver our fourth mega parlay of bowl season. To say we are on fire with these picks so far would be a gross understatement. Our first bowl mega parlay was a +1022 winner, our second was a +950 success on Tuesday, and amazingly enough we made it 3-for-3 on Wednesday with a +848 payday. Let’s keep the momentum going!

The battle of the Carolinas will take place on Thursday – appropriately in Charlotte. The Tar Heels should be at full strength in this one with prolific quarterback Sam Howell (77.6 QBR) choosing to play in the game. The same cannot be said for the Gamecocks. They will be without leading rusher ZaQuandre Wright and leading sack man Kingsley Enagbare, as both are instead preparing for the NFL Draft. Quarterback Jason Brown has entered the transfer portal and their No. 1 guy under center has been out since October after having foot surgery. For an offense that was already brutal all season (21.3 points per game), none of those departures are going to help the cause. Scoring almost 36.4 points per game, North Carolina should continue to put up some impressive numbers against a mediocre South Carolina defense.

The Peach Bowl will be missing two of the best players in the country. Pittsburgh starting quarterback and Heisman Trophy finalist Kenny Pickett declared for the NFL Draft along with Michigan State running back Kenneth Walker III. It’s difficult to know how the absence of Pickett and Walker will affect their respective teams, as both were main pieces of their respective offenses. Pickett threw for 4,300 yards and 42 touchdowns this season for the Panthers, and it is hard to imagine quarterback Nick Patti stepping in and thriving in this role, especially without offensive coordinator Mark Whipple. That being said, Michigan State has one of the worst secondaries in the country. The Spartans are extremely prone to allowing big plays, and even a backup QB can make things happen at their expense. At the end of the day, Pitt will likely have a game-plan to combat a weak Michigan State defense.

Check out our full game preview for Michigan State vs Pittsburgh

Wisconsin comes into this one after winning seven of its last eight games to finish the regular season. The Badgers have averaged 377.5 yards and 25.8 points per game in 2021, and they are led by a rushing attack that has averaged 215.4 rushing yards per contest. But the defense has really been the true strength of this team, allowing just 240.8 yards and 16.4 points per game. That unit should be able to swarm an Arizona State offense that will be without star running back Rachaad White. He has opted out of this game as he prepares for the NFL Draft, and his absence is a major loss for an offense that has averaged 204.5 yards on the ground and just 197.6 yards in the air. Expect the Badgers to stack the box to force Arizona State to beat them through the air. Wisconsin is certainly capable of winning this one by double-digits.