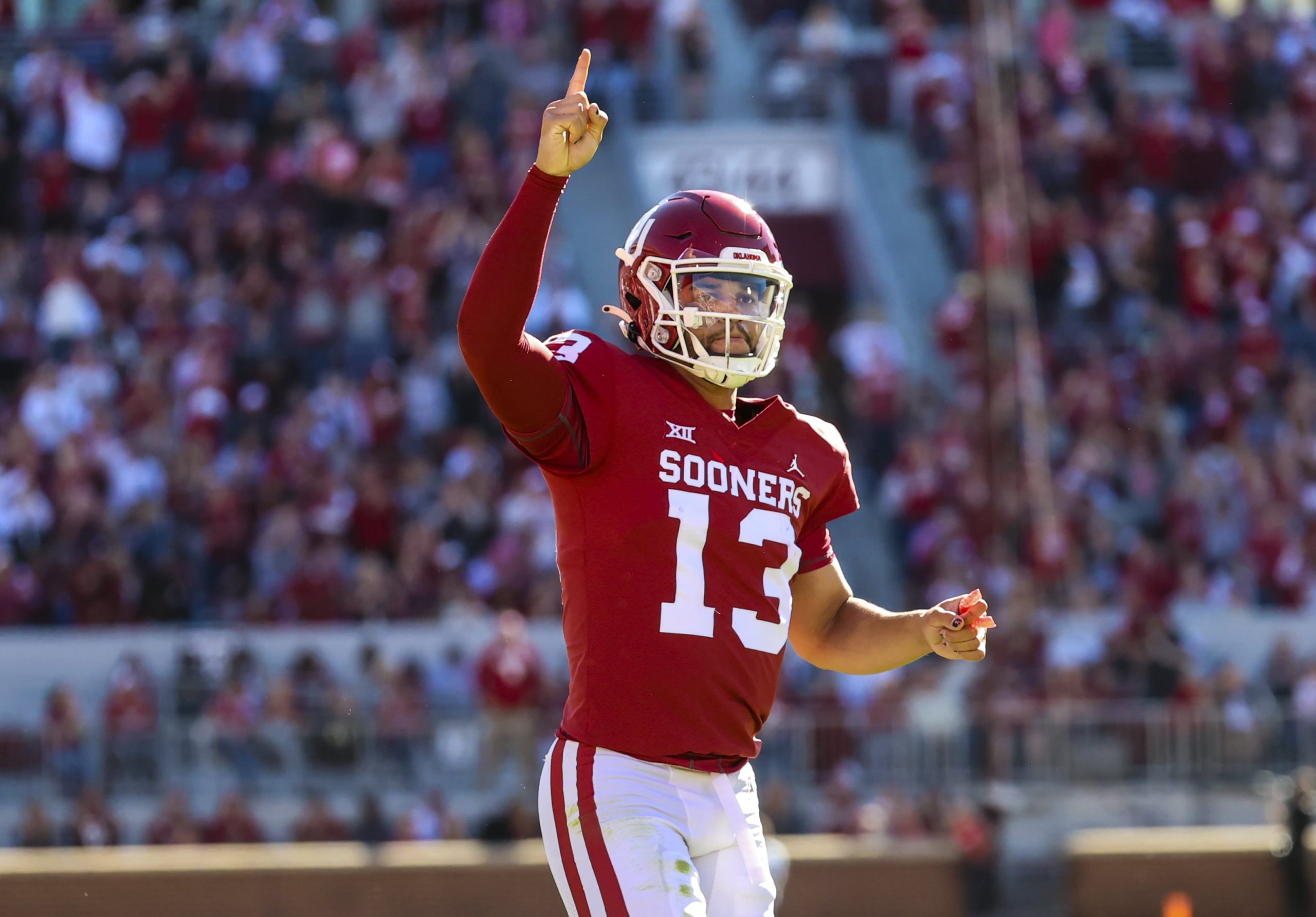 We lost one game on Tuesday (the Holiday Bowl between UCLA and N.C. State) and another one scheduled for Wednesday has already bit the dust (the Fenway Bowl featuring SMU and Virginia). Covid-19 is quite simply wreaking havoc on the 2021 bowl season. Alas, there are still three games on the docket for Wednesday – enough to work with as we try to formulate a winning parlay. Among the teams taking the field are Virginia Tech, Clemson, Oklahoma, and Oregon.

With that, it’s time to deliver our third mega parlay of bowl season. Our first one was a +1022 winner, and our second cashed yesterday at +950. So let’s keep the momentum going and make it 3-for-3!

For this parlay we are going with three favorites against the spread – one on an alternate number. Let’s break down each of the three legs one by one.

Maryland comes into this one after finishing the season with a 40-16 blowout victory over Rutgers. QB Taulia Tagovailoa will look to attack a Virginia Tech secondary that has given up more than 350 yards in the air in each of their last two games. Maryland averaged 27.3 ppg on offense this season while its defense allowed 32.4 ppg, but that latter number was mainly inflated due to blowout losses to Iowa, Ohio State, and Michigan. That’s not going to be a factor against the Hokies.

Virginia Tech comes into this one without starting QB Braxton Burmeister (transfer portal) and J.C. Price will be the head coach in this one after Justin Fuente got the boot just a few weeks ago. There will be a lot of question marks for an offense that averaged just 24.8 ppg during the regular season. The Hokies struggled in the last two games defensively, as well, allowing 38 points to Miami and 24 to Virginia. Don’t be surprised if Maryland takes advantage and wins by double-digits.

Check out our full game preview for Maryland vs Virginia Tech

Iowa State is missing a number of offensive weapons in this game. Star running back Breece Hall opted out to prepare for the NFL Draft. Hall rushed for nearly 1,500 yards and 20 touchdowns this season. The Cyclones are also without several key defensive pieces including co-Big 12 Defensive Freshman of the Year Isheem Young. The biggest missing piece for Clemson will be former defensive coordinator Brent Venables. Venables was named the head coach at Oklahoma a couple of weeks ago, so we will see how Clemson’s defense — which has been a strong unit all season — fares without its leader.

Clemson finished the regular season with five straight wins, scoring 30-points or more in each game. When you consider momentum, Clemson’s offense, which struggled to put up points for most of the season, has to be entering this game with a little bit of confidence. Clemson’s defense will be able to pressure Iowa State quarterback Brock Purdy because the Tigers don’t have to worry about a dynamic running back like Hall.

Check out our full game preview for Clemson vs Iowa State

Both programs are in a period of transition as both head coaches have left for other schools (Mario Cristobal bolted from Oregon for Miami and Lincoln Riley vacated his Oklahoma job for USC). Oregon finished the regular season by losing to Utah 38-10 in the Pac-12 Championship. The Ducks fell to Utah twice in convincing fashion – a sign that this team just isn’t elite.

Oklahoma comes into this one with QB Caleb Williams leading the offense while the head-coaching vacancy will be filled by longtime Sooner legend Bob Stoops. Oklahoma has gone 3-2 in games in which Williams has played this season and the QB has thrown for 1,670 yards, 18 touchdowns, and 4 interceptions. There may be too many questions for an Oregon program in transition and would rather lean on the familiar face in Stoops with a stud QB in Williams. Note: the spread has moved to -6.5, but I would still advise taking the Sooners. They should win by a touchdown.

Check out all of our college football bowl game picks