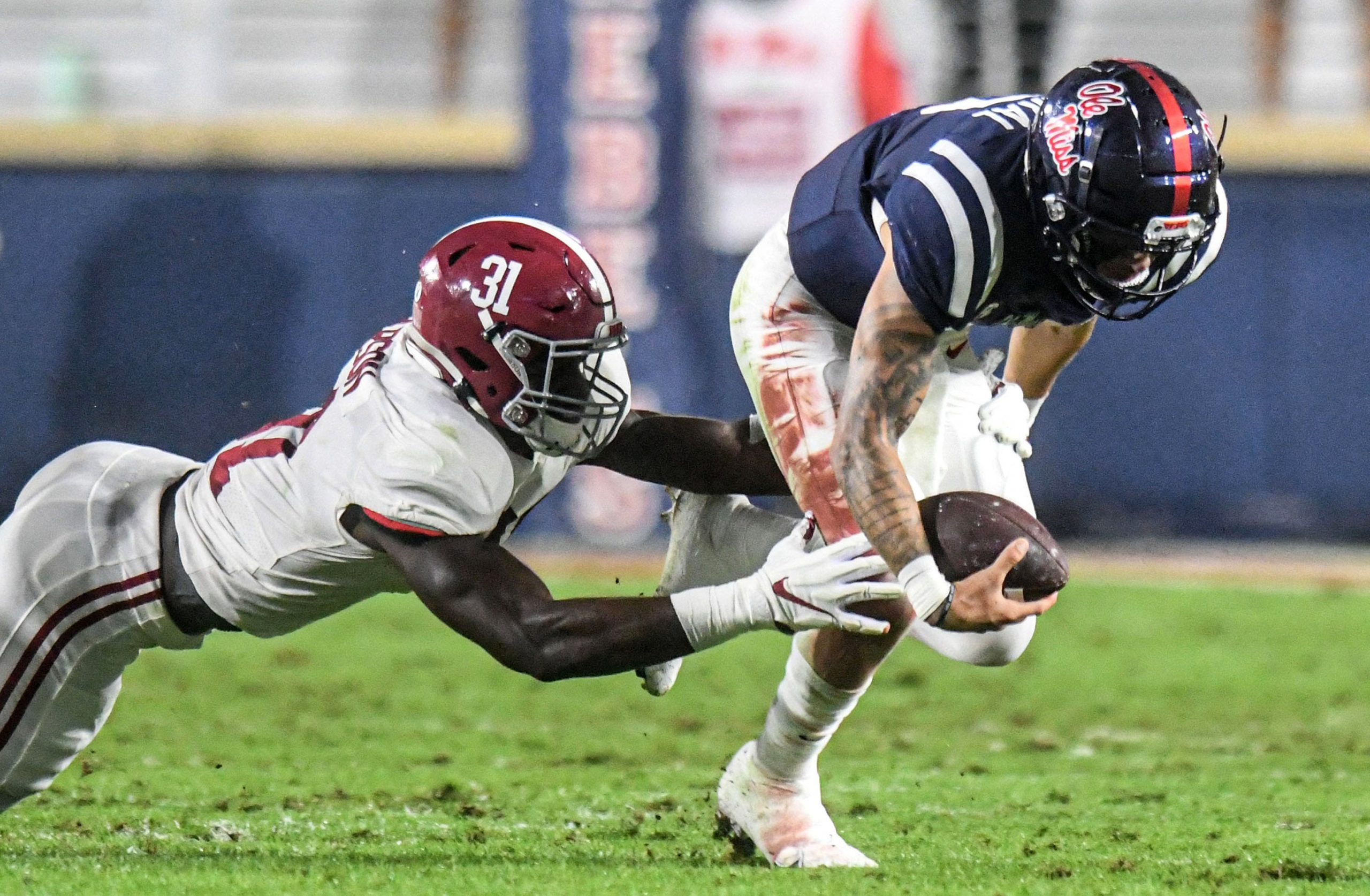 As usual, the SEC is taking center stage on a college football Saturday. That’s not to say there aren’t big games elsewhere; Cincinnati and Notre Dame are both in the top 10, for example. But the SEC is delivering both Ole Miss vs Alabama and Arkansas vs Georgia this weekend. The former not only has division, conference, and national title implications, but it also may eventually decide the Heisman Trophy (Bryce Young of the Crimson Tide vs Matt Corral of Ole Miss).

Who will have the upper hand in this crucial SEC West showdown? Let’s take a look

Breaking down the Rebels

It’s still early, but Lane Kiffin’s second season as head coach looks like it will produce Ole Miss’ first winning record since 2015. Of course, at 4-0 and No. 12 in the nation the Rebels have a lot more than just a winning record on their minds. They are thinking about titles and, from an individual standpoint, a potential Heisman Trophy winner — Corral is currently a +150 favorite ahead of Young, who is +175.

So far Ole Miss has pounded Louisville, Austin Peay, and Tulane. Obviously those results don’t tell us as much as SEC competition will, but Louisville is now 3-1 and Tulane played then-No. 2 Oklahoma to within 35-30. That is encouraging to say the least for the Rebels. But stop me if you’ve heard this before: the question is if their defense can stop anyone. We will find out the answer in a big way against Alabama.

Check out our preseason SEC predictions

Breaking down the Crimson Tide

A lot of things are new. On a broader scale, college athletics has changed (for reasons such as Covid-19, NILs, and conference realignment). On a smaller scale, Alabama once again sent a ton of stars to the NFL (such as Mac Jones, DeVonta Smith, and Najee Harris). Through it all, at least one thing remains the same: Bama is the most talented team in the country. The Crimson Tide were the preseason No. 1 and they are still there following wins over Miami (FL), Mercer, Florida, and Southern Miss. Young has been an instant Heisman contender, Brian Robinson Jr. and Jase McClellan have been outstanding out of the backfield, John Metchie III and Jameson Williams are stud receivers, and the defense once again has NFL Draft first-round talent all over the field.

Alabama underwhelmed a little during a too-close-for-comfort 31-29 defeat of Florida, but it completely destroyed Miami, Mercer, and Southern Miss. Obviously the jury is still out because the sample size is small, but head coach Nick Saban clearly has another powerhouse on his hands.

On paper the Ole Miss defense should be better than it was last year. Of course, that is not saying a lot. It was the worst unit in the entire SEC in 2020. Even against mostly inferior competition this season, it has been mediocre at best. Improvement has to happen and it has to happen now if the Rebels want to upset Alabama — or even cover against Alabama. Edge rusher Sam Williams putting pressure on Young will be especially critical for the visitors’ chances. Granted, that’s easier said than done.

Since losing to the Rebels in 2015, Alabama’s last two home dates with them have resulted in wins of 63 points and 28 points.

I’ll take Alabama -14, but I probably wouldn’t touch it if it moves any higher. And I’m avoiding the 79 total like the plague. Five of the last six Bama-Ole Miss games have exceeded that mark and in the only game that hasn’t during this stretch the Tide scored 66 points by themselves. But 79 is just a massive number — one I don’t want to go over. But if I had to bet it, the over is the way I would go.