Could the Washington Wizards make the postseason? 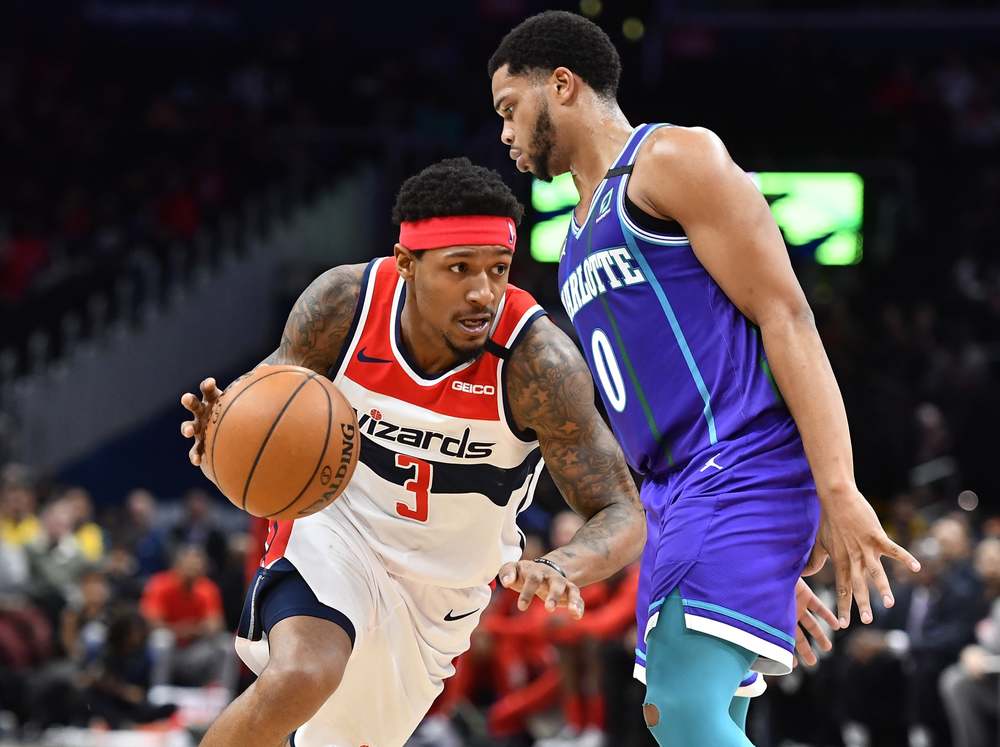 You could make an argument that the 2019-20 campaign was a massive failure for the Washington Wizards. They went 24-40 before the NBA’s hiatus, leading to their worst winning percentage since 2012-13. The Wizards got zero games from All Star point guard John Wall, and impending free agent Davis Bertans has decided to sit out the resumed season.

Despite all of that, the Wizards could find themselves making the postseason. In fact, you can make an argument that they’re favored to make the playoffs. While the team is currently ninth in the eastern conference (sitting 5.5 games behind the eighth-seeded Magic), there’s actually reason for optimism in Washington.

We know, we know. The loss of Bertans seemed like the nail in the coffin for the Wizards, as the forward had easily been the team’s second-best player (behind Bradley Beal) this season. Plus, the Magic and the Nets (whom the Wizards are six games behind) got some good news when the NBA announced the remainder of their regular season schedule:

Things clearly aren’t looking too great for the Wiz. However, there’s an important thing to remember: the Wizards only have to finish within three games of the eight seed to force a play-in tourney. That means Washington doesn’t have to erase a five-game deficit; it means they only have to make up around two games in the standings.

To be clear, the Wizards’ best shot at making the playoffs wouldn’t see them topping the Magic. While Orlando certainly isn’t a contender, they clearly have the best squad among the three teams vying for the seven and eight seed. The Magic seem like a lock for the postseason.

Rather, the Wizards’ best shot at making the playoffs would see them finishing within three games of the eighth-seeded Nets and winning the subsequent pair of play-in games.

It might not sound as silly as you think. For starters, the Wizards can tout that they have the best healthy player (in Beal) among the themselves and the Nets. Brooklyn will be heading into the postseason without Kyrie Irving and Kevin Durant, meaning the squad is led by Spencer Dinwiddie, Caris LeVert, and other non-stars. Sure, Brooklyn has the superior depth, but when rotations are shortened in the postseason, Scott Brooks and the Wizards can spam their five best players (a grouping that would also include rookie Rui Hachimura, who’s had a standout season for Washington).

Further, the Nets actually have incentive to not make the playoffs. Brooklyn’s first-round pick is top-14 protected, meaning they’d get to keep their selection if they fail to make the postseason. Of course, this would mean that many of the Nets’ other assets (LeVert, Jarrett Allen, others) would likely drop in trade value, but you could make an argument that it’s better for Brooklyn to miss out on the postseason.

Finally, the Wizards’ offense is among the best in the NBA, and that played a role in them going 9-9 between January 30th and March 10th. Washington wouldn’t be confused with a good team, but they have some redeeming (if not elite) qualities. Could you really say the same about the Nets?

Sure, the odds may be stacked against the Wizards. However, all things considered, we still think they could make a run to the postseason.