Bertans out, Oladipo questionable as concerns about NBA restart grow 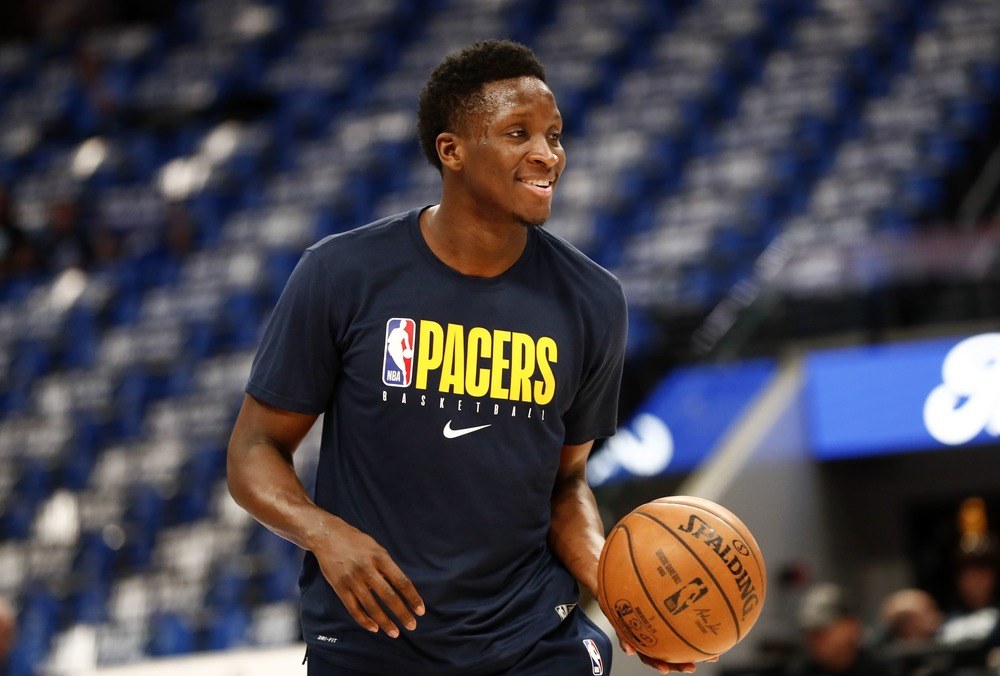 Washington Wizards forward Davis Bertans won’t be taking his talents to Florida this summer and fall. Bertans, who will be a free agent this offseason, does not want to risk injury by potentially playing a lot of games in short amount of time on the heels of a four-month hiatus.

It is understandable for the 27-year-old, who is in line for lucrative contract over a long period of time. With the Wizards this season, Bertans posted career-high numbers in points (15.9 ppg) and minutes played (29.3 mpg) while shooting 42.4 percent from three-point range. He is considered to be among the candidates for Most Improved Player and Sixth Man of the Year.

Washington is reportedly on board with the Latvian’s decision and committed to pushing its chips to the center of the table and re-signing him.

Although Washington is 5.5 games behind the Orlando Magic for the No. 8 seed in the Eastern Conference playoffs, a play-in series is triggered if the ninth-place team is within four games when the regular season ends. Thus it is fair to say that the Wizards are still in playoff contention. Of course, they by no means have a realistic chance of doing serious damage in the Eastern Conference (the Wizards are +1000 to earn the No. 8 seed and +50000 to win the conference).

Oladipo on the mend

The Indiana Pacers, on the other hand, are firmly in the mix. They boast a 39-26 record, which has them fifth in the East—ahead of even the Philadelphia 76ers. Star guard Victor Oladipo, however, is questionable to participate when the NBA resumes its season at Disney’s Wide World of Sports Complex in Orlando. Oladipo suffered a torn quadriceps tendon during the 2018-19 campaign and has played only 13 games this season, averaging 13.8 ppg.

“I feel a whole lot better,” Oladipo said in a recent interview with ESPN. “I know there’s risk going into it with the unique situation that I’m in—being off so long and trying to ramp it up that fast. I’ve just got to be smart, that’s all.”

Players must inform teams by Wednesday if they plan to participate in the 22-team restart and those 22 clubs must provide the NBA with a roster of eligible players by July 1. However, any team can replace an active member of the roster with a substitute from a pool of replacement-eligible players. Thus the Pacers can keep Oladipo on their active roster throughout the month of July if they want to delay a final decision.

There are, of course, concerns beyond injuries. The coronavirus pandemic is only spreading, especially in Florida. Count Miami Heat forward Justise Winslow among those concerned.

“The bubble is tricky, man,” Winslow told ESPN’s Caron Butler. “From the Covid standpoint, I don’t think it’s a great idea just to have all these people in a bubble and tight spaces. It’s almost the opposite of social distancing. We’re going to have workers who are working for Disney; they’re going to be going home and seeing their family and doing whatever they want to do, but then they are going to come back. I’m sure everyone is going to be tested a lot, but we don’t have a cure for this. We have a lot of people who are getting sick…. It’s peaking again. It doesn’t feel safe.”

Be sure to check out our daily NBA expert picks when the season resumes in late July.