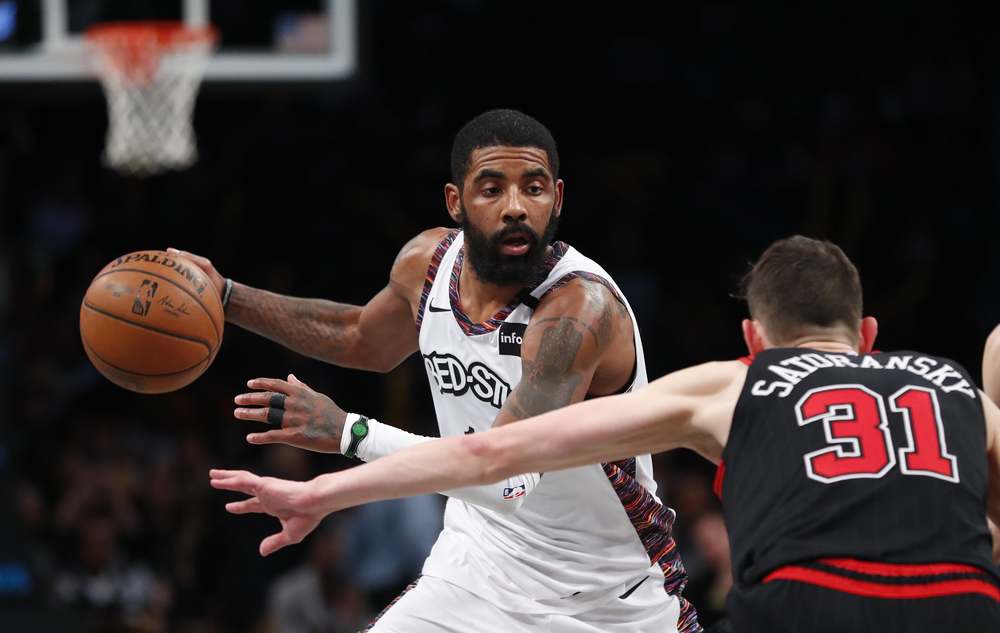 When the NBA season resumes, the Brooklyn Nets won’t be competing with their two stars.

Yesterday, Nets beat reporter Anthony Puccio reported that forward Kevin Durant will not return for the remainder of the 2019-20 season. The former MVP later confirmed that news when speaking with Marc Spears of The Undefeated.

“My season is over,” Durant said. “I don’t plan on playing at all. We decided last summer when it first happened that I was just going to wait until the following season. I had no plans of playing at all this season.”

Kyrie Irving suggested on the NBPA conference call today that it's possible he could join the Nets in Orlando this summer — as an inactive player supporting his teammates, sources said. Irving had season-ending shoulder surgery on March 3. https://t.co/MKrfaGQhwy

Even after the Nets seemingly “won” free agency by signing Durant, Irving, and DeAndre Jordan, it always seemed like 2019-20 was going to be a bridge year. After all, Durant had said all along that he probably wouldn’t play this season after tearing his Achilles tendon during the 2019 NBA Finals. Meanwhile, Irving was limited to only 20 games thanks to a variety of injuries, and he eventually underwent season-ending shoulder injury in March.

Despite the injuries to their two best players, the Nets still managed to go 30-34 during the pre-hiatus part of the season, setting them up as the seventh seed in the Eastern Conference. Considering the months-long break, there was some optimism that Durant and Irving could end up returning in time for the postseason. In that hypothetical, the entire East playoffs could have been thrown into a frenzy; you could make an argument that a KD/Kyrie-led squad is the best team in the conference.

Alas, that won’t be the case, meaning the Nets probably won’t have a long stay in Orlando. While Brooklyn certainly has some intriguing healthy players (including Caris LeVert, Spencer Dinwiddie, and Jarrett Allen), they’ll have little shot of topping whoever emerges as the second seed in the East.

While some Nets and NBA fans may have been clamoring for a KD/Kyrie-led sleeper team, this isn’t necessarily a bad thing for the organization. Instead, the team’s two main stars will have a chance to be fully recovered by the time the 2020-21 season kicks off, and they’ll have an entire offseason to acclimate themselves with the revamped roster.

Further, the Nets are still searching for a head coach after curiously firing Kenny Atkinson earlier this season. Plus, the front office is stocked with young, desirable players; it wouldn’t be a complete shock if the Nets pull off a trade for a third star (Bradley Beal perhaps).

So, while the current iteration of the Brooklyn Nets will be underwhelming when the NBA eventually resumes, it’s all part of the organization’s plan to maximize the 2020-21 season.