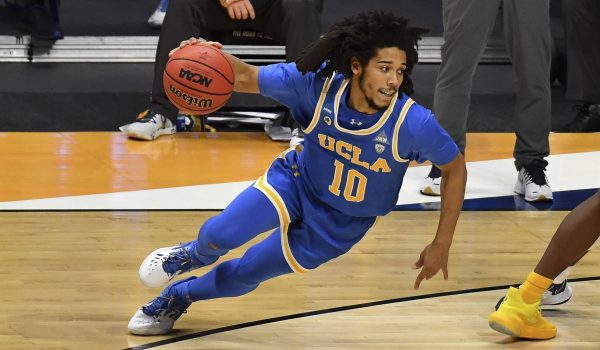 Check out our March Madness hub to stay on top of everything that goes on. Also, be sure to check out our picks on the side and total for every single game in the tournament. But first, let’s dive into what we’re seeing in terms of public trends on Sunday:

The public was all over their underdogs yesterday, but on Monday it seems like they’re gravitating back toward favorites. The big public side of the last day of the Round of 32 is UCLA, with 70 percent of the bets and 81 percent of the money being on the Bruins minus the points. The difference between those two numbers indicates there have also been some large wagers on UCLA in terms of bet size.

Abilene Christian pulled off a stunning upset of Texas in the Round of 64, yet they aren’t getting any respect from bettors yet. The public is more excited about what they’ve seen from UCLA, and after their dominant win over BYU it’s not hard to see why. ACU specializes in forcing turnovers, and Texas is much more susceptible to them than UCLA is, so we like the Bruins here as well.

That’s not to say the public doesn’t like any underdogs on Monday. Recreational bettors loved Ohio in the Round of 64 as a public underdog. Then they upset Virginia outright, so everyone is headed right back to the well. 75 percent of the bets and 73 percent of the money are on the Bobcats to cover here.

Jason Preston and Ben Vander Plas captured everyone’s hearts while knocking off Virginia, and Creighton certainly looked vulnerable against UCSB. The last time the public saw them, Creighton was only beating UCSB by a single point in a game they were lucky to win. This game feels pretty close to a toss-up, so we’re grabbing the points as well.

Colorado vs. Florida State over 141

The public always loves their overs, even though the under is 23-16 through the first three days of March Madness. Bettors are once again expecting a high scoring game in this #4/#5 matchup in the East region, as 72 percent of the bets and 75 percent of the money are on the over 141 here. Everybody saw Colorado drop 96 points on Georgetown in their Round of 64 game, and they don’t need to see anymore.

Never mind the fact that Florida State’s Round of 64 game only had 118 total points scored. The Buffs also shot an absurd 16/25 from beyond the arc against Georgetown, which is extremely unlikely to happen again. FSU has the lengthy athletes to shutdown Colorado’s attack, and now is the time to fade the perception and take the under.

Another favorite the public likes on Monday is Alabama over Maryland in the East region. Maryland dominated UConn in an upse win while Alabama didn’t look particularly impressive in their first round game against Iona, so this one is interesting. Nonetheless, 67 percent of the bets and 77 percent of the money are laying the points here.

This could have something to do just with the general perception of the Big Ten after most of the conference’s other teams went down in flames. But betting just based on conference would be misguided, and Maryland’s slow as molasses style could disrupt Alabama’s fast-paced attack. We’re fading the public again and going with the underdog.

The public will wrap things up with one more over in the nightcap. It’s the most lopsided total of Monday’s slate, as 80 percent of the bets and 82 percent of the money are on the over 134.5 here. USC dominated Drake in the Round of 64 with their defense, but clearly Kansas’ first game is holding more weight in bettors’ minds.

The Jayhawks played in a shootout against Eastern Washington in a game that finished with a 93-84 final score. But USC has one of the best defenses in the country, and they’re particularly strong around the rim thanks to the presence of Evan Mobley. That’s bad for Kansas’ offense, since they aren’t great shooting from three and prefer to do their damage inside. As such, we’re taking the under here.