Dallas Cowboys: What will their 2020 record be? 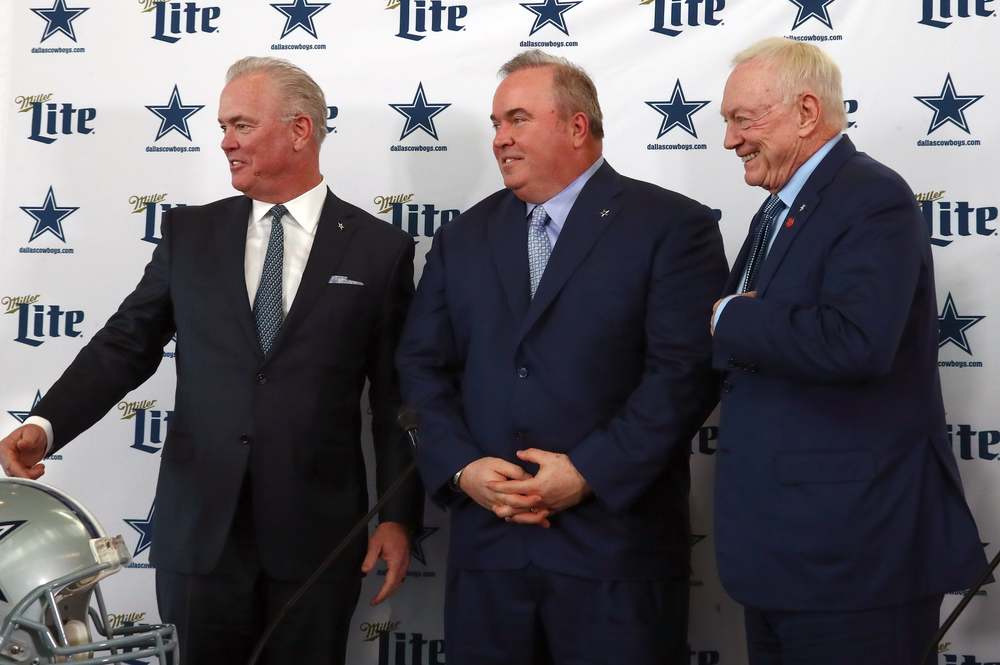 Jason Garrett is out. Mike McCarthy is in. Garrett was Jerry Jones’ guy, but at long last a consistent failure to make a deep playoff run signaled the end of an era for the Dallas Cowboys. Despite the head coaching change, however, player personnel has mostly remained the same. Is that good news or bad news for Dallas? Well, we will find out in the fall of 2020 (at least we will if the NFL season proceeds as scheduled amidst the coronavirus pandemic).

Speaking of schedules, it’s time to break down what is on the Cowboys’ plate for all 17 weeks.

The Rams of 2018 ain’t walkin’ through that door. Todd Gurley is gone and the Sean McVay honeymoon appears to be over. That’s not to say McVay’s seat is hot, but he is likely in line for another mediocre season. Win

McCarthy’s home opener in Dallas will have the fans (if they are allowed inside AT&T Stadium) on fire. Home-field advantage may the difference in what will likely be a hard-fought contest. Win

This is without question the toughest test on the Cowboys’ early-season schedule and it is probably one they won’t pass. Seattle could have been NFC champion just as easily as San Francisco in 2019. Loss

A home date with Cleveland kicks off what is a laughable stretch of games for McCarthy’s squad. If Dallas cannot take advantage of this favorable sequence, it has serious problems on its hands. Win

The Cowboys wait until Week 5 to get NFC East competition underway. And that should begin with a victory, as New York at home is one of the easier propositions on the schedule. Win

A whole lot of people seem to be building up the Cardinals in 2020. Kyler Murray is a good reason to be encouraged and they pilfered Deandre Hopkins from Houston. Still, Arizona won’t be able to victimize this particular Texas-based team. Win

The Cowboys are not good enough to go through a full season without a bad loss. This would be a bad loss. If rookie defensive end Chase Young can put pressure on Dak Prescott, Washington can pull off a low-scoring upset. Loss

Back-to-back losses at the hands of division rivals are a borderline disaster in Jones’ eyes. The good news is that Dallas can overcome such a situation if it takes care of business during the friendly part of the schedule. Loss

If the Cowboys do in fact fall to both Washington and Philadelphia, they will absolutely have to beat Pittsburgh heading into the bye week. Ben Roethlisberger is back, but will he still be on the field come Week 9? Win

Dallas has its bye to prepare for three road games in the span of four weeks. One of the toughest comes in Minnesota, which is never an easy place to play. Look for the Vikings defense to force too many turnovers. Loss

It will be a different story when the Cowboys get to play the Redskins in Jerry World. Expect a convincing dose of revenge for the home team. Win

The Ravens are a trendy pick to win the Super Bowl, just as they were last season. Win it they did not—and they also may not this time around. But Lamar Jackson and company will at least be too good for Dallas. Loss

Joe Burrow will likely have 12 NFL starts under his belt by this point. He will be comfortable—especially at home—and therefore dangerous. This could be more difficult than it looks right now, but the ‘Boys should scrape out a ‘W.’ Win

Like Baltimore, San Francisco is simply in a different league at the moment. It has too much firepower on offense in addition to a defensive front that can contain Prescott and Ezekiel Elliott. Loss

Late-season battles between Dallas and Philadelphia with a division title on the line are nothing out of the ordinary. Playing at home, the edge here goes to the Cowboys. Win

Will the Cowboys be trying to clinch the division? Will they be vying for a playoff spot? That is uncertain, but what is a borderline slam dunk is that the Giants will be out of it at this point. Expect Dallas to wrap up the regular season in style. Win

The NFC East is always one of the more intriguing divisions in football. Is it usually one of the best? Absolutely not. A 10-6 record could be enough for the Cowboys to win it; at the very least, it will be enough to make the playoffs. Jones’ expectations are surely more lofty than just the…playoffs?!?!…. But in McCarthy’s first season it’ll have to do.