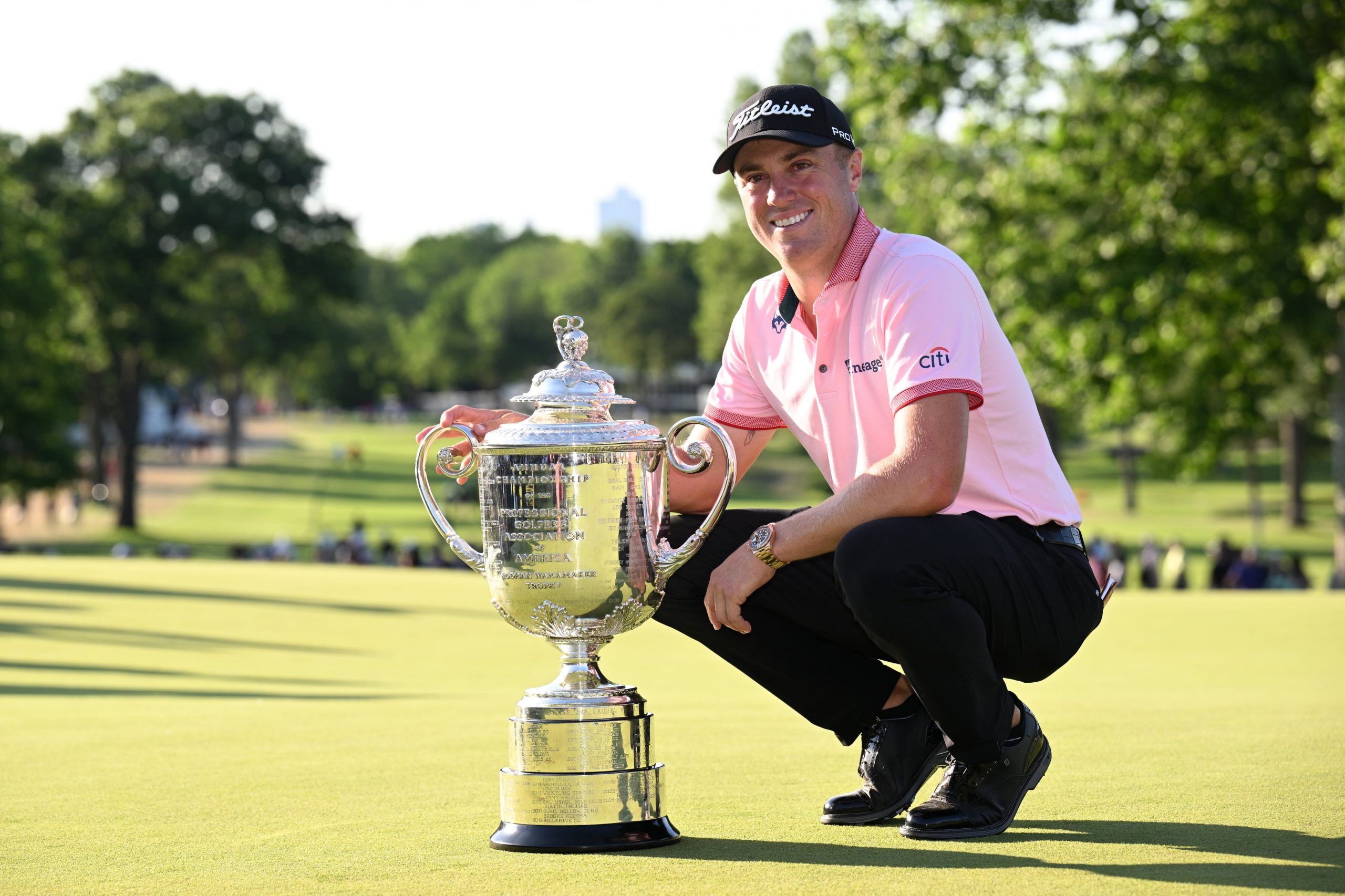 The 104th PGA Championship was better than the Masters. There, I said it! What a thrilling end to the Championship, which resulted in a two-man playoff and ended in the Wanamaker trophy being handed to Justin Thomas.

The 2017 champion came from seven shots back on Sunday to card a final round 67 and make his way into a playoff with Will Zalatoris, who made a clutch 8’4″ putt on 18 to finish on -5 total. A valiant effort from Zalatoris was almost enough to collect his first win. But this one had Thomas written all over it.

Thomas shows grit of a champion in PGA victory

At the start of the week, JT spoke openly about how much pressure he’d put on himself since 2017 to follow up his first major victory — and how difficult it had been. Sure, he’s collected other pieces of silverware on the Tour (he now has 15 to his name) with the last trophy coming at The Players Championship in 2021. But Thomas sets his standards remarkably high, and that simply wasn’t good enough for him.

Southern Hills really bit back this week, and the weather played a grueling role. Justin had the rough end of the draw for the opening two rounds, which made his Friday round of 67 even more impressive than it appeared on the scorecard. But the fight he showed on Sunday, even with a dreaded “shank” and a few missed birdie chances, shows the true grit of a champion.

Watch out for the rise of the young guns

JT was definitely one of the favorites entering the week at 18/1, but what made Sunday so superb wasn’t just his fight to make up that 7-shot deficit, but the young guns who were dominating the leaderboard.

Mito Pereira, Will Zalatoris and Cameron Young all could’ve taken it — and this PGA Championship would’ve counted as their debut victory. As I said, Will made it all the way to that playoff, adding to his incredible major record — he now has 5 Top-10 finishes in only 8 major starts. It’s not a case of if for Zalatoris, but a matter of when.

Cameron Young, who was one of my early picks at the start of the week at 80/1, put on a fantastic display of golf despite his clubs arriving late! His T3 finish marks his 5th Top 3 finish of the season.

And Mito Pereira…wow, where do we start. A devastating double-bogey on his 72nd hole dashed his hopes of picking up the Wanamaker, an ending that nobody wanted to witness for the young Chilean. Pereira entered the week at a whopping 200/1, so no doubt had a lot of people in a state of misery on Sunday evening. However, it just shows the talent we see week-after-week on the PGA Tour, and these young guys are now so good, they’ll be contending at majors for many years to come.