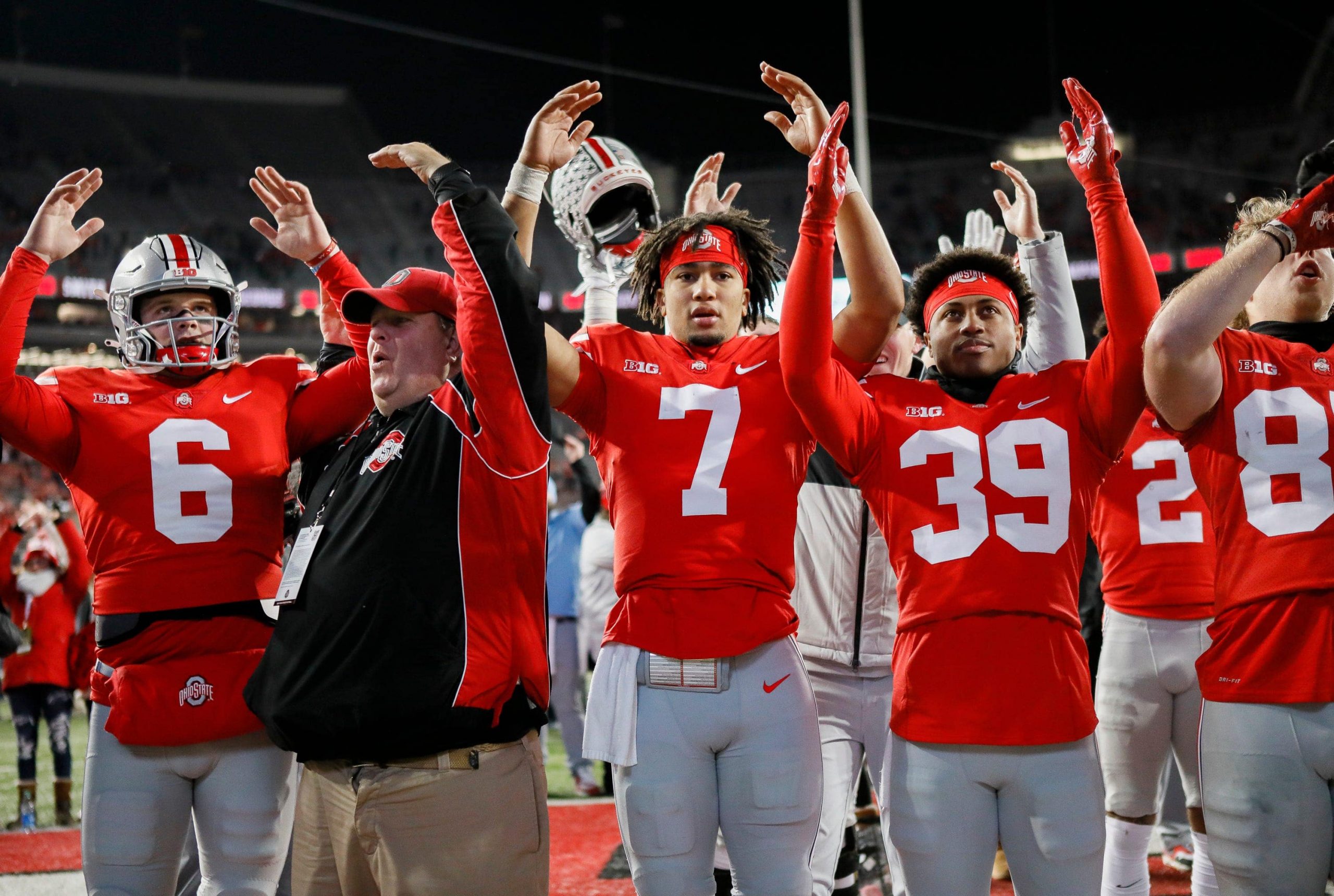 It was another wild weekend of football, especially in the NFL. We saw several underdogs win outright by more than one score (Washington, Panthers, Eagles) plus our first tie of the season between the Steelers and Lions. For me, personally, it was another rough week betting the NFL but a great weekend in college. So with that being said, we will focus on the college markets this week in our “Early Bird” betting.

We gave out the Buckeyes in last week’s column, and their offense was virtually unstoppable against Purdue. If the Heisman Trophy was awarded today, C.J. Stroud would be my pick. He has 30 touchdowns to just five interceptions this season and the Buckeyes lead the nation in yards per play. This bloated line is trying to invite Michigan State money, but I’m not taking the bait. In fact, I would not be surprised if it moved towards Ohio State, as it’s already touched -20 at Circa and Westgate.

Michigan State’s defense has been bleeding points of late. Sparty allowed 21 to turnover-prone Maryland, 40 to Purdue, and 33 to Michigan. That’s good news for Stroud and the Buckeyes, who have the most dangerous wide receiver group in the country. It’s been a great season for Mel Tucker’s squad, but I think the Big 10 title runs through Columbus this year.

Baylor showed us the blueprint for how to shut down the Oklahoma offense, holding Caleb Williams and company to just 260 yards in Saturday’s upset–the fewest in the Lincoln Riley era. Spencer Rattler came on in relief and sparked a QB controversy in Norman, so I’m not sure who will start this week. If it is Rattler, I would expect this line to shorten by at least a point or two, as Williams has shown to be the more explosive of the two.

Regardless of who starts for the Sooners, I think Iowa State has the more steady hand under center. Brock Purdy has had a relatively bland senior season, but he’s played Oklahoma tough throughout his career, losing twice by a combined eight points with one outright victory. I think the Cyclones’ defense, ranked 27th in opponent yards per play, can keep them in this game and I also expect this line to move in Iowa State’s favor.

*Bet Sunday at FanDuel, would play down to PK

One of my favorite handicaps towards the end of the college football season, and something I am highlighting  in this week’s column, is betting on teams with six losses who are fighting to stay bowl eligible. In this case, both of these teams have lost six times thus far, but only one is coming off an embarrassing home defeat to one of the worst teams in the FBS.

There is no logical explanation for the Longhorns OT loss to Kansas as -31 favorites, but I expect them to bounce back this week and avoid a total disaster in Sark’s first season in Austin. The Texas rush defense is definitely a concern, but the WVU offense is 112th in yards per rush. Getting the Longhorns as nearly +3 underdogs here feels like good value and I would not be shocked if this closed as a pick’em.

Check out all the opening lines for the college football Week 12 slate!

Florida State +3.5: The Seminoles are coming off an emotional win over their rival Miami, which would make them prime for a letdown here, but I think they have an edge in the trenches against a Boston College team that struggled to stop Georgia Tech last week. FSU QB Jordan Travis has settled in nicely, and has not thrown a pick in four weeks. I would be shocked if this line closed longer than a field goal and I already saw it down to +2 at Circa on Sunday night. This is also a passive hedge of my BC over 7 season win total bet that I’ve been sitting on since August.

Illinois +13: How can I not take almost two touchdowns in a game with a total south of 40? This game should be a classic Big 10 slugfest between two teams with pretty good defensive numbers. Iowa’s unit is obviously playing better, but its offense is lethargic, and they haven’t won a game by more than five points in almost two months.

Old Dominion +3.5: I’d be lying to you if I said I’ve watched one second of an Old Dominion or Middle Tennessee State game this season, but the Monarchs are 7-3 ATS and have reeled off three straight wins since starting 1-6 — outscoring opponents 100-60 during this stretch. I’m already seeing this line down to +3 at Circa, and I would expect the hook to evaporate across the rest of the market this week.