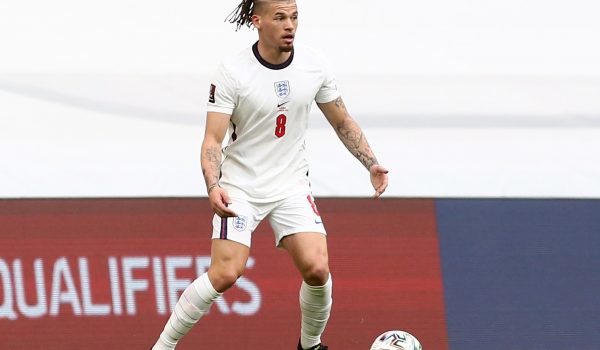 Old enemies England and Scotland do battle at Wembley Stadium in London in the headline matchup in Euro 2020 on Friday, when soccer fans are treated to another triple-header.

The game in London concludes the day’s action, starting at 3pm ET, while the other match in Group D sees Croatia take on Czech Republic at Hampden Park in Glasgow, at noon ET.

Before that, Sweden, which held Spain to a 0-0 tie in its opener, takes on Slovakia, which beat Poland 2-1. That game is in St. Petersburg, Russia, kicking off at 9am ET.

We have assembled a three-game parlay for Friday’s games at Euro 2020, looking for another great return after our huge 15/1 parlay cashed on Sunday!

Sweden managed only 14 percent possession and just one shot on target in its opening game with Spain — a 0-0 tie — but the Swedes’ offensive players should have more freedom when they take on Slovakia.

Even though his team saw very little of the ball, Sweden striker Alexander Isak looked lively in Seville and bright spark Dejan Kulusevski should be back on the roster for Friday’s match, having missed the first game through injury.

The Swedes had won six of their previous seven games before Euro 2020 began and even though Slovakia won its first match, 2-1 against Poland, the Poles had only 10 men for the last half-hour of the game and lost the shot count 17-11. Take Sweden to come out on top.

Croatia offered very little in terms of offense in an opening defeat to England at Wembley Stadium and it is a surprise to see the Croats such heavy favorites to get the better of the Czech Republic.

That 1-0 loss to the English means Croatia has now won only two of its last 10 games, falling to defeat to Slovenia and being held to a tie by Armenia as part of that run.

A midfield trio of Luka Modric, Mateo Kovacic, and Marcelo Brozovic should be able to dominate games but the team lacks an offensive focal point and the Czechs, fresh from beating Scotland 2-0 at Hampden Park, offer good value.

The Czech Republic won five of its eight games during qualifying, which included a victory over England in Prague, and the odds for a shock result in Glasgow are too good to pass up.

England started Euro 2020 by taking a huge three points against Croatia at Wembley Stadium but it could take time for head coach Gareth Southgate to work out his best team and they are unlikely to blow apart Scotland.

The Three Lions prevailed 1-0 in their opener but managed only two shots on target in that game and with a win already in the bag, there is no need for them to throw everything at their second match with the Scots.

Opponents Scotland, meanwhile, will be cautious of over-committing players in offense given England’s pace on the counter-attack and also showed a lack of offensive quality when failing to score from 19 shots against the Czech Republic. Three of the Scots’ last five games have produced under 2.5 and that could be the case again in the big game at Wembley.

Our Italy vs. Switzerland SGP cashed at +796 odds on Wednesday, so don’t forget to read our same game parlay for England vs. Scotland (+914 odds!)