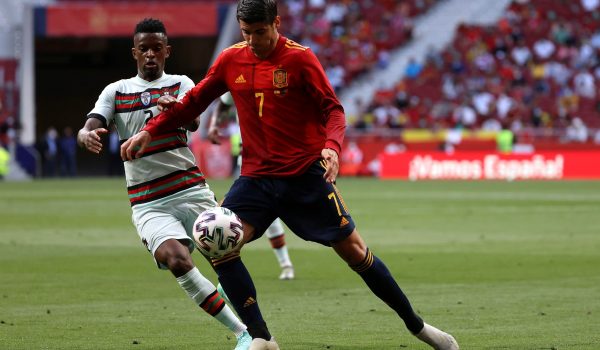 We’ve got a same game parlay for the intriguing Spain vs. Sweden Euro 2020 group-stage match in Seville.

Spain is a giant of European soccer but has failed to progress beyond the last-16 stage of a major tournament since winning this competition in 2012. Coach Luis Enrique has overseen a changing of the guard and he has some young players in fine form.

Sweden reached the last eight of the 2018 World Cup and has a good blend of youth and experience, despite missing talisman Zlatan Ibrahimovic through injury.

Spain and Sweden are expected to fight it out for the top positions in Group E so Seville will be the center of the soccer universe for this game. Let’s break down the parlay we have prepared for it.

This parlay has odds of over 10/1 and after you’ve read it, don’t forget to check out our full Group E preview

Spain was impressive in qualification for this tournament, going unbeaten in its group and winning eight of the ten games.

However, just behind was Sweden, which scored 23 goals in ten games in qualifying. The Swedes have attacking players who can cause issues for any defense.

That could be important, as in recent times Spain has struggled to stop opponents scoring. Both teams have scored in Spain’s last three competitive games, including against Kosovo and Georgia, weaker teams the Spanish would typically be expected to shut out.

Be sure to check out our full game preview for Spain vs. Sweden

Though defending can be a slight weak point, the Spaniards have enough attacking talent to get the victory over Sweden.

The Scandinavian team may be able to keep pace with Spain in the first half, but over the second period Spain’s quality should shine through. Spain has top players across the lineup and goalscoring threats throughout midfield and attack.

Spain beat Germany 6-0 last year and can go up a gear when required. The hot weather could also play a significant role as the Swedish defense will likely tire in the second half from wave after wave of Spanish attacks.

Ferran Torres is perhaps the most exciting of Spain’s new generation of young talent. The Manchester City forward has scored six goals in just ten games for his country and comes into this tournament in good form.

The 21-year-old will be fresher than most, as he forced his way into the Manchester City starting 11 near the end of the season and as a result started only 15 games in the English Premier League this year.

Torres scored five goals in his last six Premier League games of the season and has benefited from the coaching of Pep Guardiola to take his play to a new level.