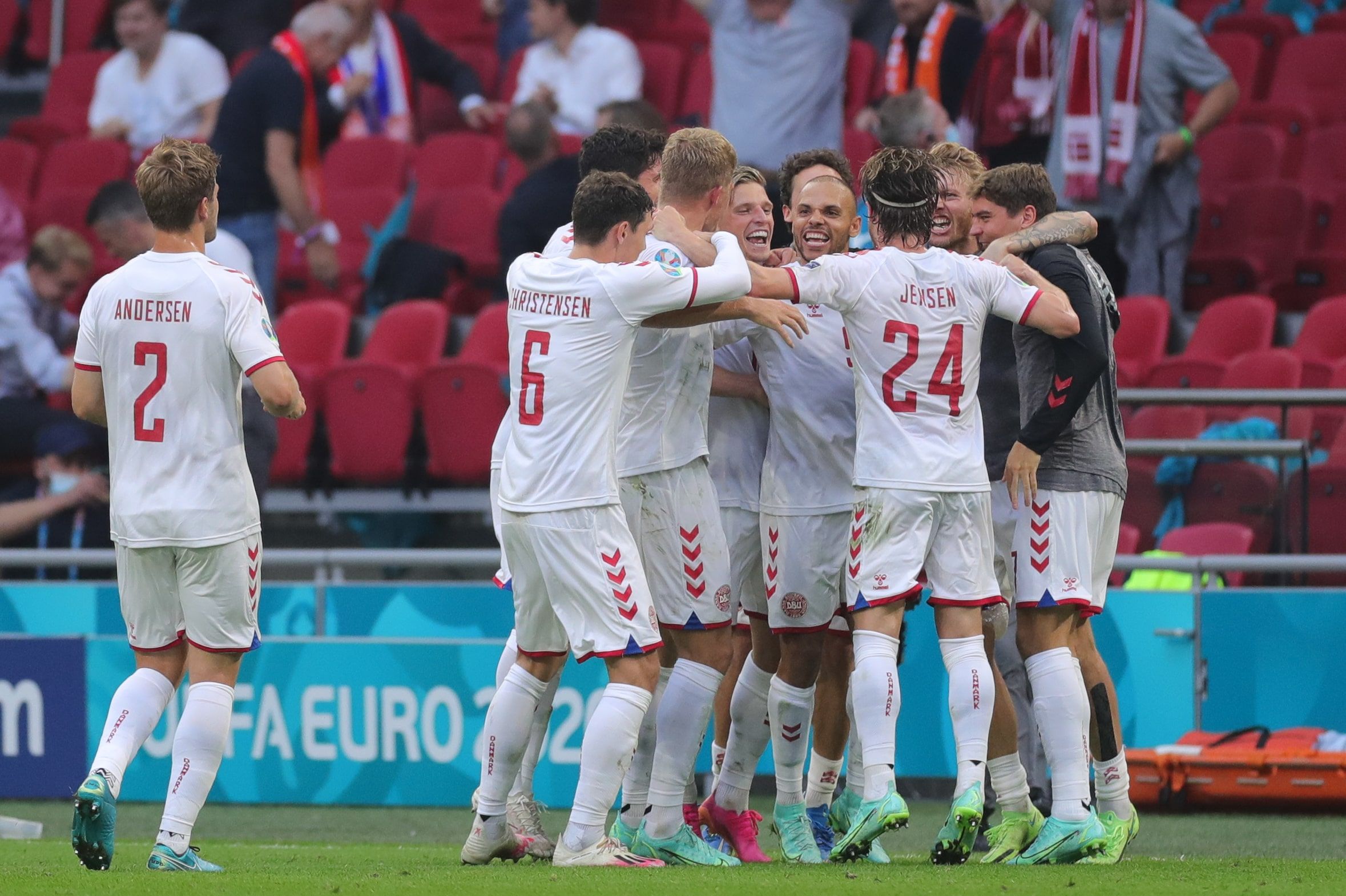 A lifelong sports fanatic who joined Pickswise in the summer of 2021, specializing in soccer, baseball and darts.
Published: 17:15 PM ET July 02, 2021

As the quarter-final stage continues on Saturday, Czech Republic will face Denmark in Baku for Saturday’s early Euro 2020 game at noon ET.

Both teams arrive in Baku on the back of strong Last 16 results — the Czech Republic caused an upset by beating the Netherlands 2-0 with the help of a Mathias De Ligt red card, and Denmark stormed past Wales 4-0.

Both teams do have a good track record in the tournament, however, with Denmark winners of the 1992 edition and the Czech Republic runners-up in 1996.

We have picked out a same game parlay for this clash.

Mikkel Damsgaard to score at any time (+290)

Denmark has been one of the most free-scoring teams in Euro 2020 so far, netting nine times in four games. They have also notched the second-most shots in the competition, just behind Italy for top spot.

As a result, three of their four games have had over 2.5 goals and their attacking abilities mean the Czech defense has plenty to worry about. However, going forward the Czech Republic has the second top goalscorer of the tournament in Patrick Shick, who has netted four times in four games.

The West Ham midfielder Thomas Soucek is also a dangerous player going forward as demonstrated by his 10 goals in the EPL this year. Both teams have an array of attacking talent and are willing to play the game on the front foot, so take there to be three or more goals in the game.

Be sure to check out our full game preview for Czech Republic vs. Denmark

Mikkel Damsgaard to score at any time (+290)

A real bright spot in the impressive performances of Denmark has been the emergence of Mikkel Damsgaard. The Sampdoria midfielder was a relative unknown on the wider European stage at just 20 years old but has announced himself in style.

In just 204 minutes played at the tournament, a little over 2 games, the young playmaker has recorded a goal and an assist and provided much of the attacking impetus for the Danish side.

His direct running style and tricky nature have made him an instant success and he has now scored three goals in six games for his nation. Expect him to cause the Czech defense even more issues and get his name on the scoresheet once again.

The Czech Republic was impressive in their 2-0 win over the Netherlands, but they received a big slice of luck as Mathias De Ligt was sent off seconds after Donyell Malen missed the best chance of the game for the Dutch.

Denmark poses a different challenge for the Czech Republic and it may be difficult for them to secure back-to-back upsets. The Danes were comfortable in their 4-0 win over Wales and have shown throughout the tournament that they are dangerous going forward.

Check out our same game parlay for Ukraine vs. England (+615 odds!)