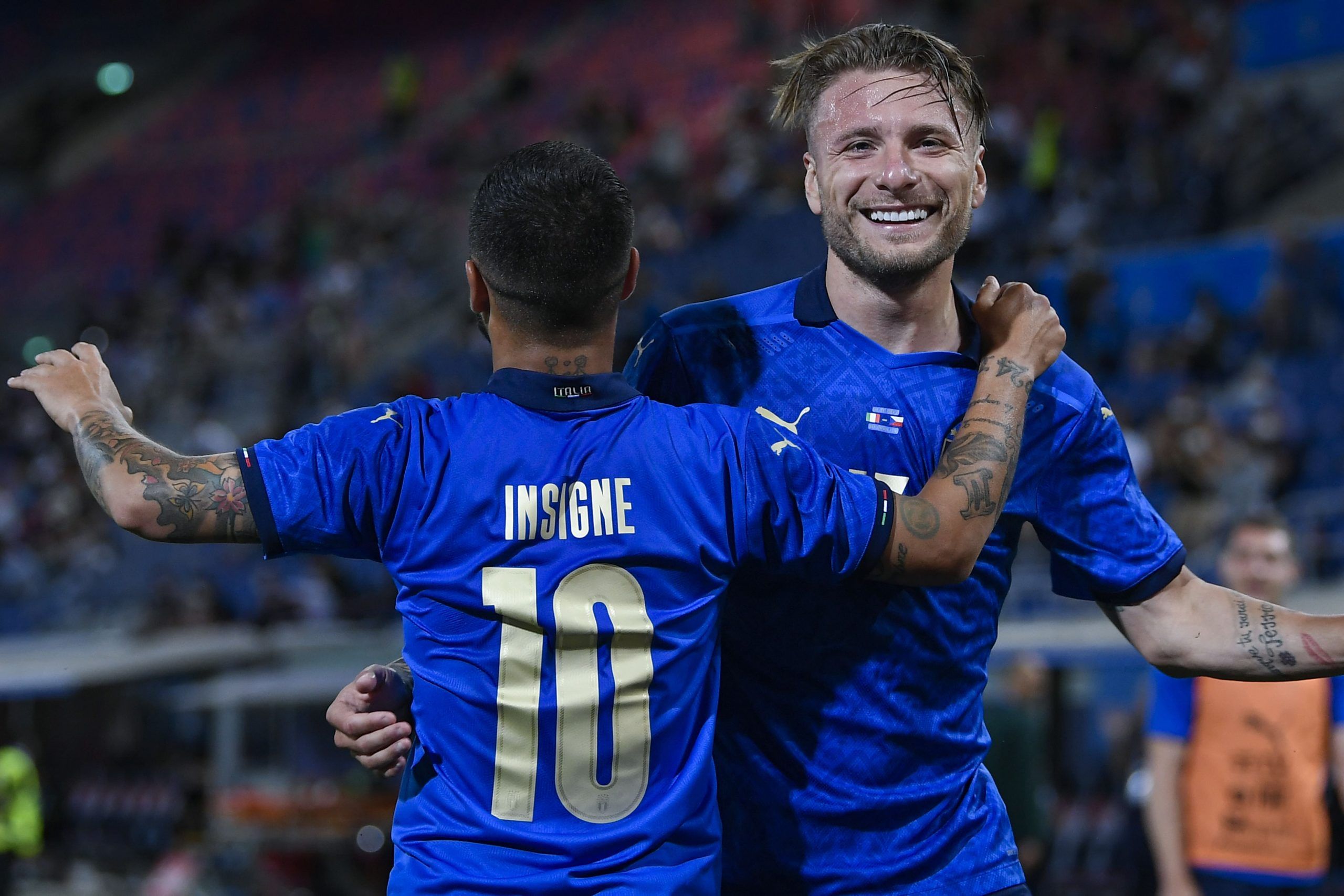 A self-confessed sports nut who has managed to turn his passion into a career, resulting in the last 15 years being spent covering a wide variety of sports for numerous media outlets. You can find me writing mainly about the NFL and NHL here on Pickswise, with a bit of soccer on the side. One of the rarest of breeds: an actual LA Chargers fan.
Published: 21:00 PM ET June 24, 2021

We have bid farewell to eight teams at Euro 2020 and now it is time to get serious as the knockout stages begin with a Last 16 double-header on Saturday afternoon.

First up, Denmark will bid to write the next chapter in what has been a rollercoaster European Championships when they face Wales in Amsterdam at 12pm ET. The Danes scraped through the group stages by the skin of their teeth but are the favorites to see off the Dragons, who went all the way to the semi-finals of Euro 2016.

Italy is then in action at 3pm ET against Austria at Wembley Stadium in London. The Azzurri are riding a 30-game unbeaten run and have looked as impressive as any team at Euro 2020 so far. They represent a mighty test to an Austria side playing its first knockout game at a European Championship.

As if the winner-take-all clashes weren’t exciting enough, we have come up with a two-game parlay paying out at just shy of 6/1 with FanDuel Sportsbook!

Let’s take a look at the two legs of our recommended wager, highlighting the reasoning behind each selection:

Denmark has done amazingly well to regather itself after Christian Eriksen’s mid-game collapse and subsequent hospitalization with a heart problem. The Danes were beaten 1-0 by Finland in the game when the Eriksen incident took place and then threw away a one-goal lead as they fell to a 2-1 loss to Belgium.

That left them needing a sizeable win over Russia in their last group game to have a chance of qualifying for the Round of 16 and they delivered, running out 4-1 winners in Copenhagen.

WHAT IS THIS MADNESS!!!

Head coach Kasper Hjulmand has had to adapt his team in the absence of key playmaker Eriksen, switching to a three-man defense, while they have managed to look strong going forward, registering more shots on goal than any other team at Euro 2020.

Those attacking talents will be put to the test by a Wales side that has proven tricky to break down in the build-up to Euro 2020 and at the tournament itself. Robert Page’s team slipped to their fourth defeat in the last 22 matches at the weekend against Italy, going down 1-0 in Rome, but a victory over a Turkey and a tie with Switzerland was enough to see them finish second in Group A.

This looks like being a tight encounter to open the Round of 16, with Denmark having a slight edge. Wales is still heavily reliant on the talents of Gareth Bale and Aaron Ramsey, and if the Danes can shut those two down, they have enough to edge through to the quarter-finals.

With neither team possessing a natural finisher, goals could be at a premium and it could pay off to add in under 2.5 goals, which has landed a combined four times in the two nations’ six games at Euro 2020.

Don’t forget to read our same game parlay for Wales vs. Denmark (+650 odds!)

Saturday’s second game looks a lot more straightforward to call with Italy having worked its way into being second favorites to win Euro 2020. Roberto Mancini’s side won all three of their group games, easily seeing off Wales, Turkey, and Switzerland.

Those games all took place in Rome but the result is unlikely to change now that they are out on the road. The Azzurri haven’t lost a game since September 2018, while they now haven’t conceded a goal in over 1000 minutes of international action.

Mancini was also able to rest some of his big guns in their final Group A clash with Wales having already secured qualification and they should be refreshed to take on underdogs Austria.

Austria beat North Macedonia and Ukraine to make it beyond the group stages of a major tournament for the first time at a European Championships but in their biggest test of the first round, they flopped badly.

Das Team managed just one shot on goal while being kept at arm’s length in a 2-0 defeat to the Netherlands on Matchday Two and it is tough to see how they get the better of Italy. Head coach Franco Foda doesn’t seem to know his best team and has found it tough to get the best out of star man David Alaba.

Take Italy to advance, keeping a clean sheet in the process.

Don’t forget to read our same game parlay for Italy vs. Austria (+1093 odds!)