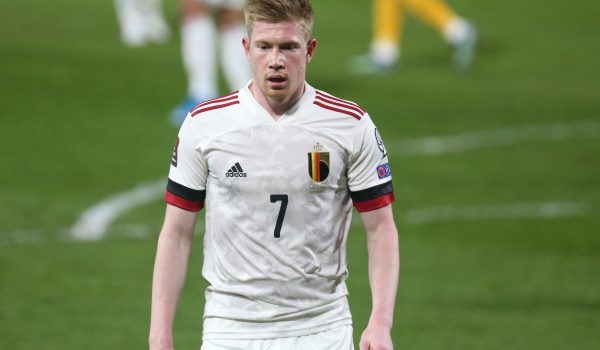 It is another busy day at Euro 2020 on Thursday when World Cup semi-finalists Belgium will be looking to impress once more against Denmark after scoring a 3-0 win over Russia on Saturday.

That Group B matchup takes place in Copenhagen as the finale of the day’s three-game slate. Thursday’s other two games come from Group C, where entertainment looks guaranteed as Ukraine faces North Macedonia in Bucharest, Romania and the Netherlands will look for another home victory when Austria visits Amsterdam.

We have assembled a three-game parlay for Thursday’s Euro 2020 matches, and will be hoping for another big winner after our huge 15/1 parlay cashed on Sunday!

Both teams to score in Ukraine v North Macedonia (+100)

Netherlands to win vs. Austria and both teams to score (+210)

Ukraine and North Macedonia both worked hard in their opening games at Euro 2020 and enjoyed some luck in attack, but they both have to recover from defeats. Ukraine was 2-0 behind to the Netherlands and pulled two goals back before its hopes were sunk by a late third Dutch goal.

North Macedonia, meanwhile, scored against Austria but was sunk by two late strikes and that means both these teams have to be positive in Bucharest to get the win to improve their qualification prospects. This has the potential to be another entertaining matchup and two shaky defenses make it well worth backing both teams to find the net in this one.

Belgium’s 3-0 win over Russia in St Petersburg on Saturday was one of the best performances of any team in the first round of Euro 2020 matchups. In Inter Milan’s Romelu Lukaku the Red Devils have arguably the most in-form striker in the competition and he has already scored two goals.

Denmark’s 1-0 defeat to Finland will be remembered as the match in which Christian Eriksen suffered a cardiac arrest and the team is set to struggle without its best player. Midfield star Kevin De Bruyne could return for Belgium and that means the team should be even stronger. Back Belgium to win again. 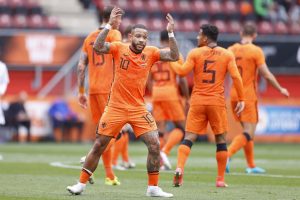 Netherlands to beat Austria and both teams to score (+210), 3pm ET

Netherlands suffered a scare after it had seemed to be cruising to an opening win against Ukraine at Euro 2020 last time, conceding two late goals before winning 3-2. The Dutch team looked shaky in defense without Liverpool’s Virgil van Dijk, who is injured.

The home side in Amsterdam should be too strong for Austria, but the visiting team have enough in attack to threaten, even though Marko Arnautovic is suspended. The Johan Cruyff Arena is set to witness another entertaining match-up, but the Dutch should claim a second success.

Our Italy vs. Switzerland SGP cashed at +796 odds yesterday, so don’t forget to read our same game parlay for Denmark vs. Belgium (+653 odds!)