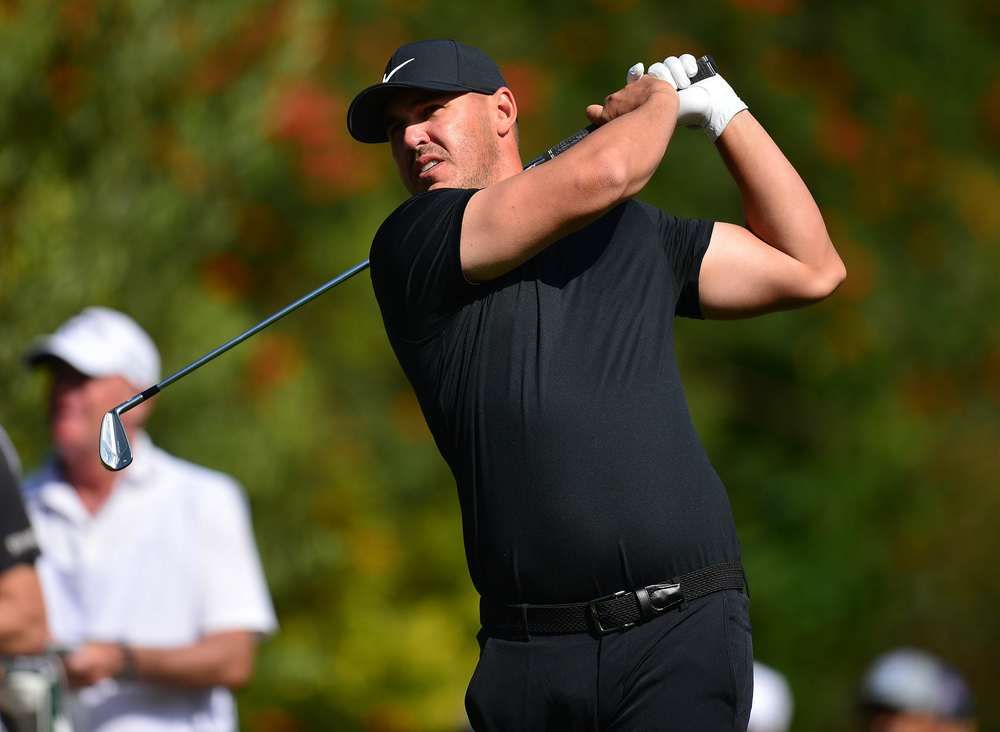 Since graduating from Davidson (The College That Stephen Curry Built), I have been writing about sports--just about any and all you can think of!--and coaching tennis in Atlanta, Ga. Beyond the four major sports, I am an avid tennis fan and cover the ATP Tour on a daily basis. If I'm not busy writing, you can generally find me on a tennis court or traveling the world wherever a sporting event takes me.
@Dimonator133
Published: 16:14 PM ET July 28, 2020

Tiger Woods is taking another week off following his brief return to golf at The Memorial, but nonetheless this is a huge week on the PGA Tour. The best players in the world would be taking their talents to Memphis, Tenn. no matter what, because the FedEx St. Jude Invitational is a World Golf Championship. Sweeting the pot in Memphis, however, is the fact that the PGA Championship is next week and therefore everyone wants to have their games in shape.

In other words, this week’s field is unsurprisingly one of the best of the year outside of the three majors (three instead of four because the British Open was cancelled). World No. 1 and Memorial champion Jon Rahm is a +1100 favorite, followed closely behind by Bryson DeChambeau, Rory McIlroy, and Justin Thomas at +1200.

Let’s take a look at the best bets heading into first-round action on Thursday. And be sure to check out our outright winner pick on the PGA Tour picks page.

To say things have gone downhill for Dustin Johnson since winning the Travelers Championship in late June would be a gross understatement. In his very next start at The Memorial, the 36-year-old American beat a grand total of one player while missing the cut (with room to spare!) due to consecutive rounds of 80. Johnson managed to top that score in round one at last week’s 3M Open…but only by two shots. Following his 78, the 2016 U.S. Open champion withdrew citing a back injury. Brooks Koepka has by no means at his best, either, with two missed cuts in his past three starts. But the proverbial major season starts next week and nobody gears up for the biggest events quite like Koepka. It is also worth noting that the four-time major winner is the defending champion in Memphis. Of course, he probably won’t have to come close to winning in order to beat Johnson this week.

At the other end of the current form spectrum is Collin Morikawa, who has been one of the best players on the PGA Tour since golf returned from a three-month coronavirus hiatus. The 23-year-old American lost to Daniel Berger in a playoff at the Charles Schwab Challenge before winning a playoff against Thomas at the Workday Charity Open earlier this month. At those two events he opened with rounds of 64 and 65, respectively. The former University of California standout is paired with Thomas and Hideki Matsuyama for the first two rounds in Memphis. Besting Thomas on Thursday won’t be easy, but the world No. 3’s average opening score over his past four tournaments is a modest 71.25. As for Matsuyama, he has two missed cuts and zero top-20 finishes in four starts this summer. Getting Morikawa at +225 to beat just about any two golfers—except maybe Rahm and DeChambeau—on any given day is good value.

Here is the list of players who are hotter than Morikawa right now: DeChambeau and Webb Simpson. That’s it; that’s the list. Actually it is arguable that Simpson is hotter, as the 34-year-old American missed the cut at The Memorial. Whatever the case, he is in darn good form. Prior to The Memorial, he lifted the trophy at Harbour Town and then placed eighth at the Rocket Mortgage Classic. More success should be anticipated in Memphis, as Simpson finished runner-up to Koepka last year following rounds of 69, 66, 68, and 64. His 13-under total beat everyone else in the field, and he will likely beat almost everyone again this time around.