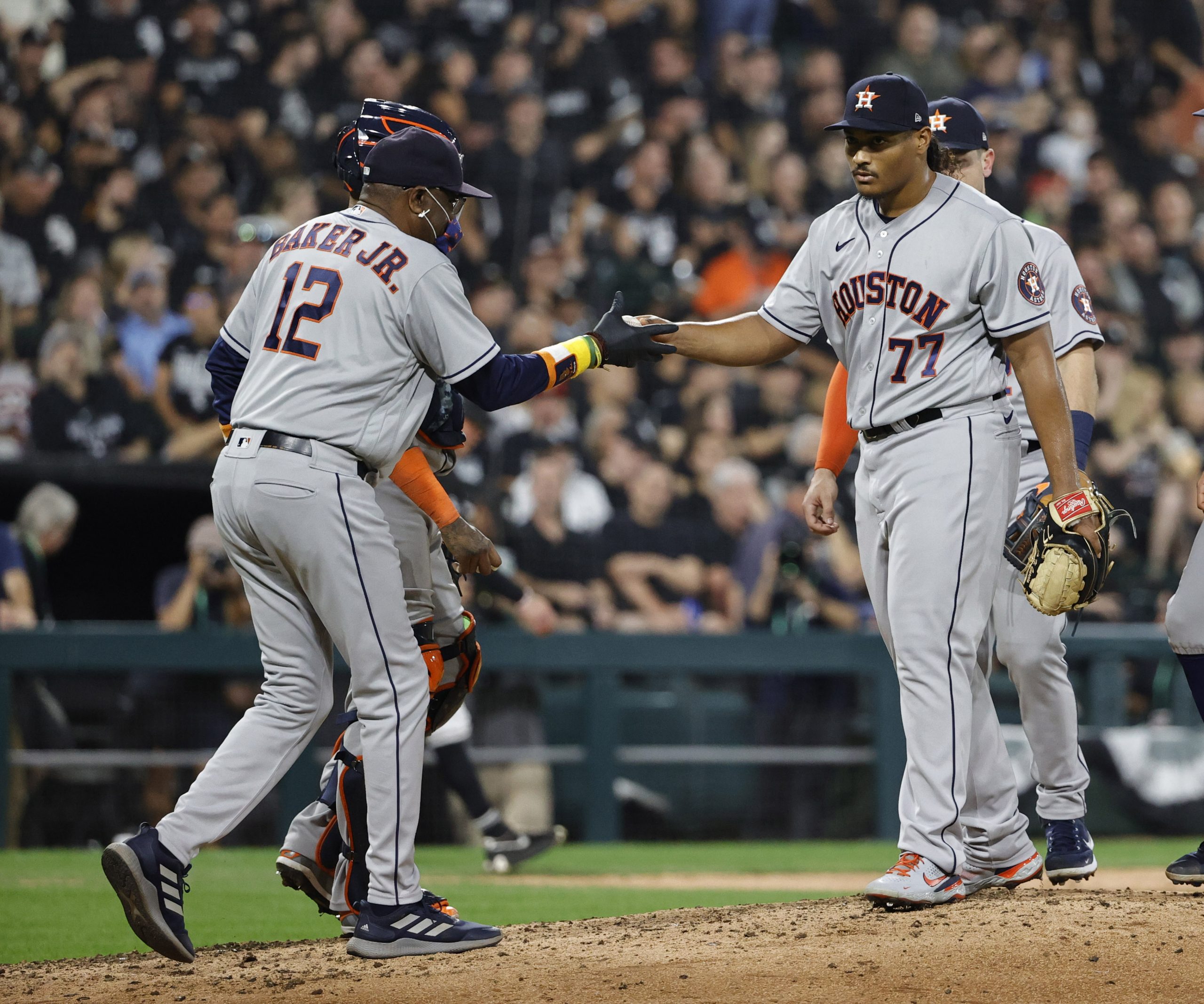 We have put together a 4-pick cross-sport parlay that will take you right through Friday night including action from the MLB Playoffs, NBA, NHL, and college football.

One pick is taken from each sport and a winning ticket gives us a nice payout with odds at +1440 with DraftKings; that’s more than 14/1! Let’s break down each of these plays.

Framber Valdez’s ability to get 24 out of 27 outs in Houston’s 9-1 victory in Game 5 puts the Astros’ bullpen in a picture-perfect spot with the series heading back to Minute Maid. Ryne Stanek was the lone Astros reliever to appear in Game 5, so both Kendall Graveman and Ryan Pressly will likely toe the rubber in Game 6. Houston’s bullpen edge puts even more pressure on Boston’s offense to get back on track, as runs figure to come at a premium. With the way the Astros offense is swinging it, back Houston to return to the Fall Classic on Friday night.

This Colorado State defense has played some impressive football up to this point. Aside from allowing just 287.2 total yards per game, the Rams also haven’t allowed an opponent to score more than 24 points since Week 1. Utah State doesn’t have great numbers in terms of statistics defensively, but the CSU offense isn’t anything too impressive with an average of just 396.5 yards per game and 24.7 points.

Utah State has played well on offense as a whole for the season, but it has put up just 51 total points its past three games. There are a number of under trends in this game, including 6 of the last 8 matchups between these schools resulting in an under total. The under is also 4-1 in the Rams’ last 5 games and 5-2 in the Aggies’ previous 7. There is some solid value here in a game that the total is set just a little too high. Back the under.

If Vegas was healthy, they would be an obvious choice in this one, but they haven’t won a game since opening night, and they have really struggled to score without Mark Stone and Pacioretty. The other advantage the Oilers have is 2 of the 10 best players in the NHL. Connor McDavid and Leon Draisaitl allow the Oilers to be able to give up goals and still have a chance to win. They have each averaged two points per game over the last two seasons. I look for the Oilers’ stars to be enough to propel them to victory today in Vegas.

Entering the new season, Phoenix has returned nearly all of their key pieces, including Chris Paul, Devin Booker, Deandre Ayton, and Mikal Bridges. Booker, Ayton, and Bridges were sensational last year, but they are all young and unquestionably capable of continued growth.

Phoenix easily handled the Lakers in last year’s playoffs. The Suns are equally talented, arguably better coached, and have an entire year of team chemistry together that should play to their advantage on Friday night. Expect the Lakers to continue to struggle to integrate Russell Westbrook’s heavy usage into the lineup. At plus money, the Suns are worth a play in this one on the money line.