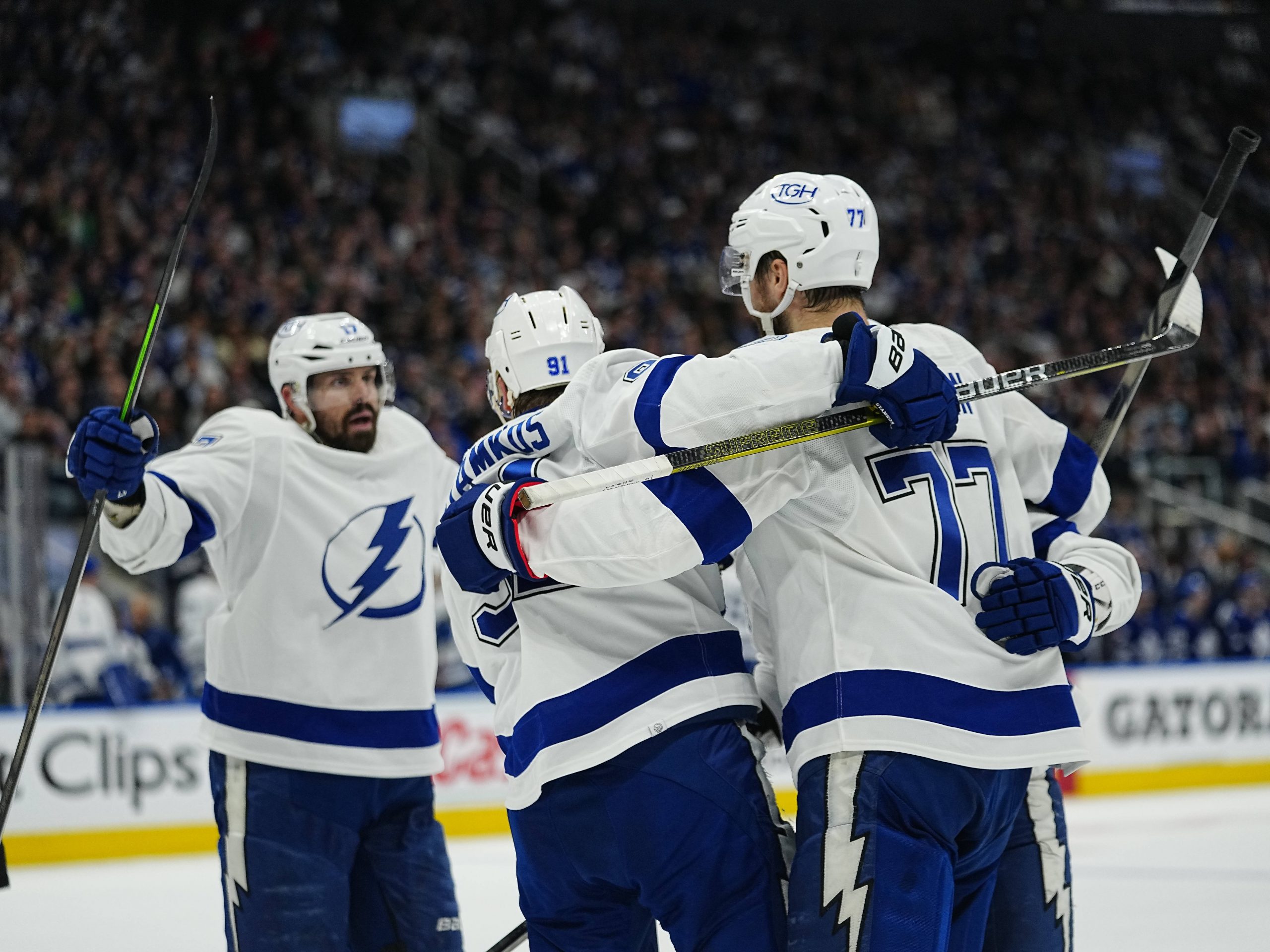 We have put together a 4-pick cross-sport parlay that will take you right through Friday, including action from the NHL and MLB. Three picks are taken from the MLB with one pick coming from the NHL. A winning ticket would give us a nice payout with odds of +688 at DraftKings. Let’s break down each of these plays.

Cleveland was off on Thursday after a home sweep of the Royals. The Guardians outscored Kansas City 19-6 in those 3 games and taking on another last-place team provides a great chance for them to get their record over .500.

With Shane Bieber on the hill against a lineup full of holes, it is hard not to like Cleveland today. You have to pay a premium with the former Cy Young winner, but it is not too steep. His ERA on the road is 3 runs better than it is at Progressive Field too, so backing Cleveland is worth the play tonight.

The Rangers should feel great about their Game 1 performance, but it’s going to be a long series and the Lightning will not go away easily. The Lightning can bounce back in a big way as they are unbeaten in the playoffs following a loss under John Cooper since the start of their first Stanley Cup campaign in 2019-2020.

Goaltender Andrei Vasilevskiy is among the world’s best in the cage and will look for redemption tonight after allowing 5+ goals for only the second time in this postseason. The team in front of him didn’t give him much help either, so expect a better group effort from a team that knows how to win in crunch time.

Milwaukee’s ace Corbin Burnes is pitching today and one of his best outings was against this same Padres team just over a week ago. The Brewers won that game largely off the back of Burnes’ 1-run, 6.0 inning performance. He’s got just a 1.95 ERA, and is coming off of a start in which he struck out 11 batters.

Milwaukee has a much more respectable set of hitters, and there should be some regression expected from Joe Musgrove. With lefty hitters Christian Yelich and Rowdy Tellez, the Brewers should have a nice matchup against the Padres starter. Milwaukee has been one of the best home teams this season and should put that on display behind a great start from Burnes.

Red Sox ace Nathan Eovaldi is coming off his first career complete game after allowing just 2 earned runs on 7 hits. It has been a very up-and-down season for Eovaldi with a 3.77 ERA in 57.1 innings, but his best starts have come on the road. In 5 starts away from Fenway, the righty has a 2.97 ERA with a 0.86 WHIP and has completed at least 6.0 innings in his last 3 away starts.

The A’s have lost 6 of their last 7 games and have averaged just 3.14 runs per game in that stretch. Playing at home won’t help their slump, as Oakland ranks 30th in runs per game and batting average at home. Boston should be heavily favored on the money line, so there is a lot of value at this price. Back the Sox with confidence.