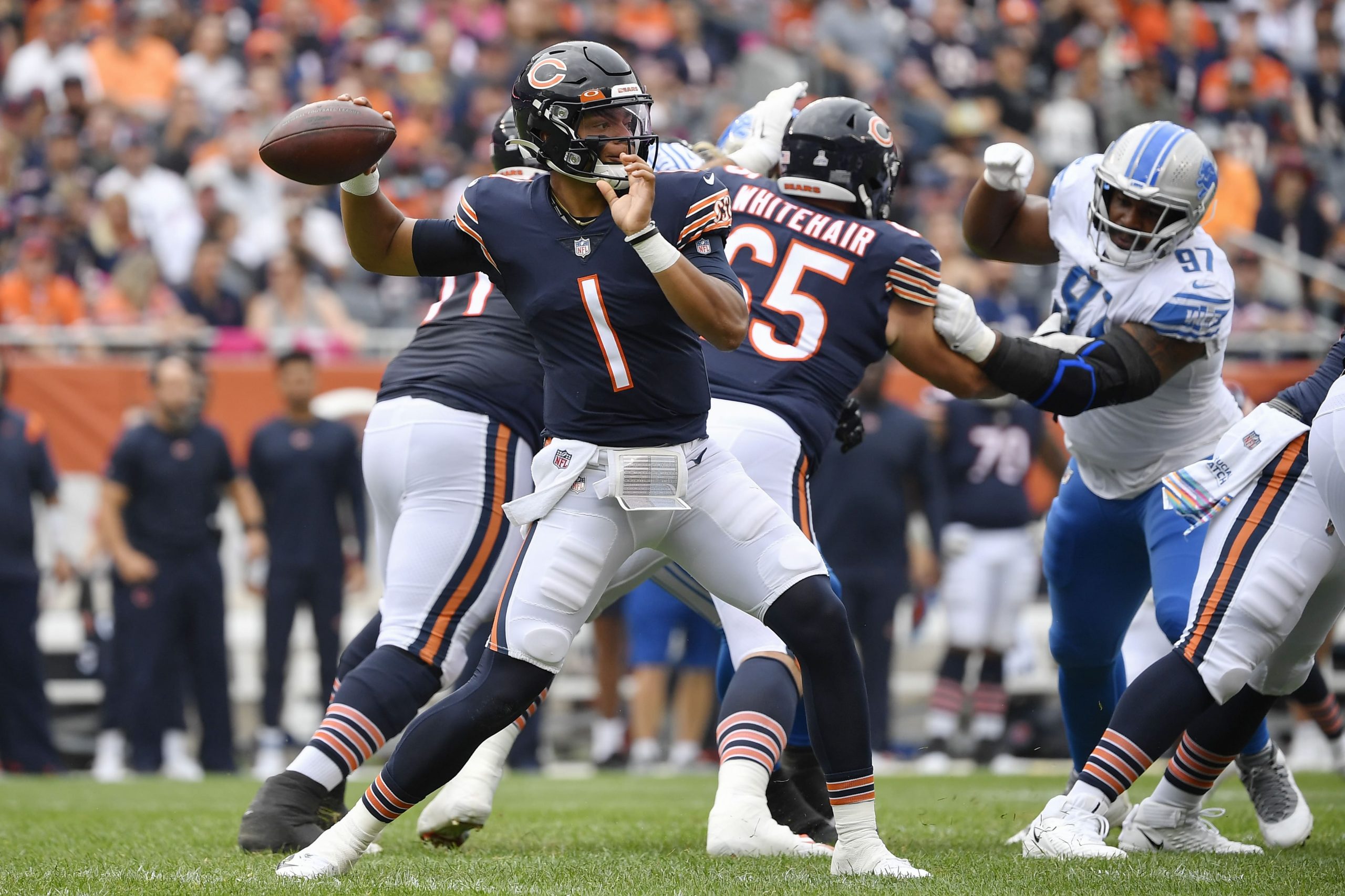 We have put together a 4-pick cross-sport parlay that will take you right through Monday, including action from the NFL, NBA, and NHL.

One pick is taken from each sport with a second pick from the NBA. A winning ticket gives us a nice payout with odds at +1200 with DraftKings; that’s more than 12/1! Let’s break down each of these plays.

After a tough road trip, the Rangers will be happy to return home. They lost heartbreakers to Vancouver and Edmonton and then got blown out by the Flames. Facing a Panthers team that hasn’t lost in regulation this year isn’t the ideal matchup when you’re on a losing streak. The Panthers just beat the only other unbeaten club in the Hurricanes and should head into MSG on a high note. Florida is the best team in hockey right now and look for them to show that tonight. Take the Panthers on the money line.

This game is likely going to be ugly. Pittsburgh’s most recent game ended up 15-10, and it wouldn’t surprise me if we saw something similar. Chicago has scored more than 20 points only twice this season, and they’ve never got more than 24. Across their previous 2 games before last week, Chicago had mustered 17 total points. Their offensive line is a disaster, and the Steelers’ pass-rush led by TJ Watt still has plenty of talent. This game has defensive struggle written all over it.

This will be the first back-to-back of the season for the Warriors. They have to be favored at home, but it’s not an ideal situation. Atlanta is struggling but they are still a talented team and they should be a little more acclimated to being out west than they were in their last game against Phoenix. They have good depth and this is a spot to use it to their advantage. Take Atlanta.

In their last 2 games without LeBron James, the Lakers have managed to score only 104 and 90 points respectively. The 90-point effort saw Anthony Davis exit the game early on which gives us a good indication of how weak this offense could be if Russell Westbrook is left to run the show.

The Hornets are 2nd in the league in points per game, but have not scored more than 110 in any of their last 4 contests. With Frank Vogel being known as a defensive coach, expect a good defensive showing from the Lakers’ role players tonight. They currently rank 13th in the league in defensive rating, and with an anchor like Dwight Howard in the paint, they should have some success on the defensive end. Back this one to stay under.