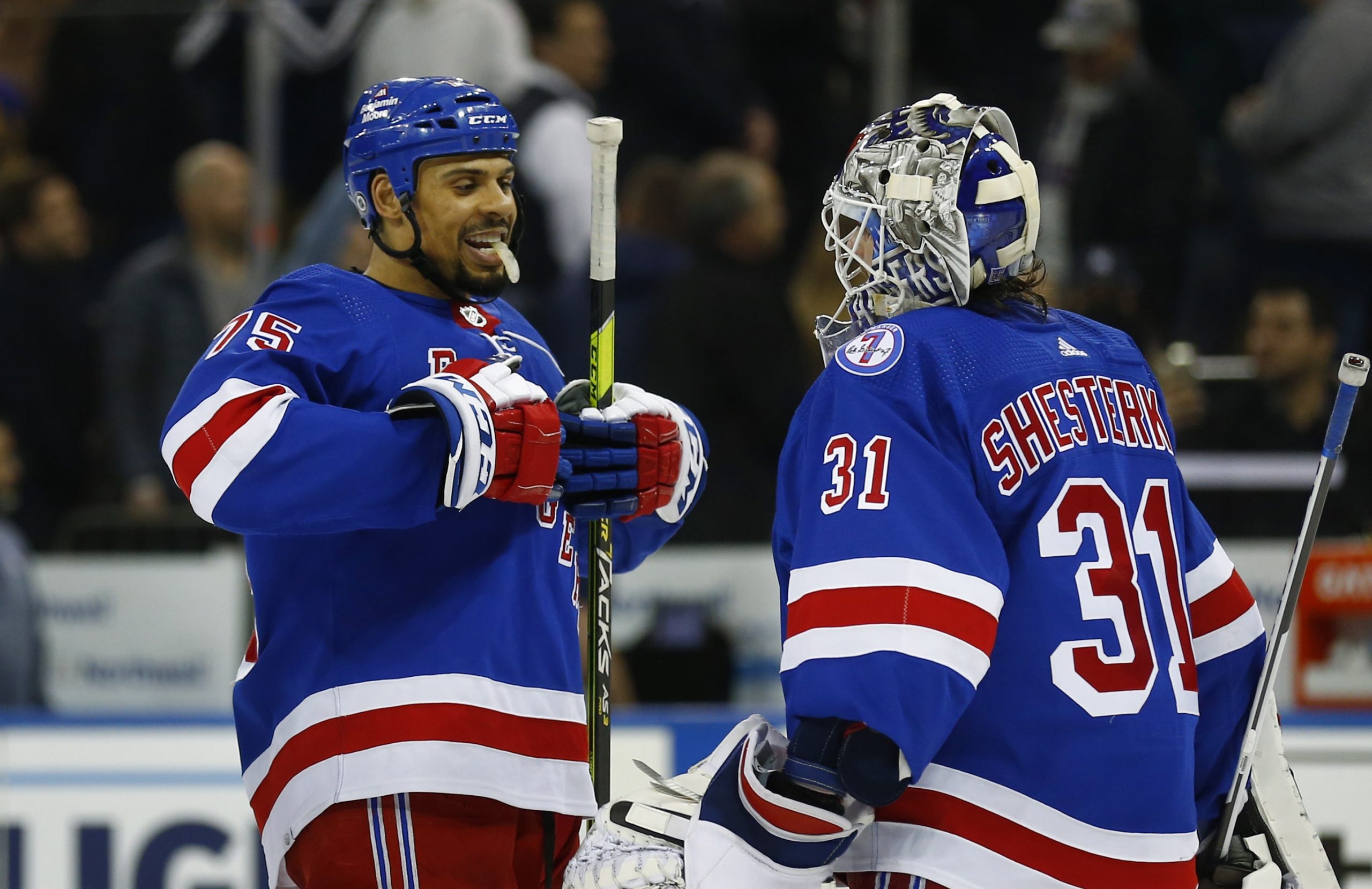 We have put together a 4-pick cross-sport parlay that will take you right through Sunday, including action from the NHL, MLS, and MLB. One pick is taken from each sport with a second pick from the NHL. A winning ticket would give us a nice payout with odds of +1327 at DraftKings. Let’s break down each of these plays.

This is a must-win game for the Rangers, as falling behind 3-0 in the series would seemingly end their season. The good news for the Rangers is that Games 1 and 2 were extremely close, and they probably played well enough to win both games. In addition, the Hurricanes have yet to win a game on the road in the postseason, as they lost all 3 games in Boston in the first round. Given how well the Rangers played at home in the first round against Pittsburgh and the necessity of winning this game, the Rangers should be the play in this game.

Despite losing the first 2 games of the series, the Giants should be able to bounce back with Alex Wood on the mound. The Giants are also a top-10 OPS lineup that is filled with experience. Mike Yastrzemski has been one of the best hitters this month, and Joc Pederson is performing far better than the start of the season. Along with Wilmer Flores and Brandon Crawford, the Giants have found themselves rivaling the Yankees and Dodgers for the most runs scored in the league.

Outside of Manny Machado, the Padres’ lineup is not as complete as the Giants’. Despite the great year he is having, they are still a bottom-10 team in terms of team OPS. They may be ahead of the Giants in the standings, but the expected results based on team statistics should start to catch up to them.

The Whitecaps are 0-5-0 on the road this year, and we do not predict it will get any easier. They have the 3rd-worst goal differential in the MLS (-9), and Charlotte has had most of its success at home.

Charlotte has picked up 12 of its 13 points this season at home, but the 3 wins at home have seen fewer than four goals scored, and this trend should continue.

Goals have not been hard to come by in this series, mainly because neither team is committed to playing good defense. This game should see a ton of offense and scoring chances, which should lead to goals. It also doesn’t help that Mike Smith and Jacob Markstrom have been absolutely terrible at stopping pucks. On top of that, Calgary has been unable to contain Connor McDavid and Leon Draisaitl, and with the series now moving to Edmonton, that’s only going to make things worse. There’s a good chance we could see the over hit before the 3rd period starts.