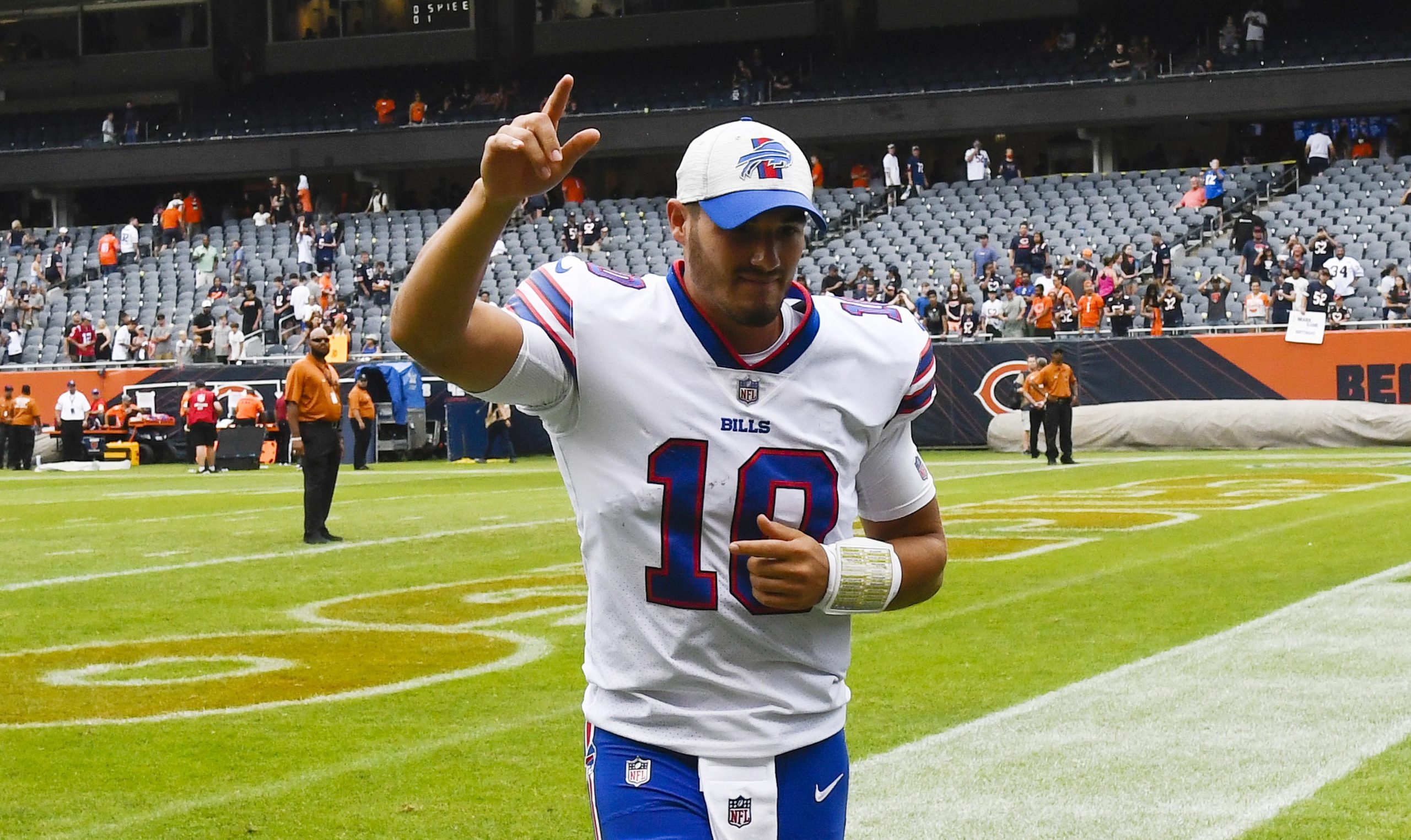 We have put together a 4-pick cross-sport parlay that will take you right through Thanksgiving Day, including action from college basketball, college football and the NFL.

One pick is taken from each sport with a second pick from college football. A winning ticket gives us a nice payout with odds at +1230 with DraftKings; that’s more than 12/1! Let’s break down each of these plays.

North Texas boasts a 2-1 record, but one win was against a Division-II opponent, while the other was against a Division-I opponent with a 1-4 record. The Jayhawks are ranked as a top-5 team in the nation for many reasons: Ochai Agbaji leads the nation in scoring, they have incredible depth through the offseason transfer portal, they are one of just 37 undefeated teams left this season, their offense is ranked 7th in the nation, and they are winning by an average margin of 22.7 ppg. Take the Jayhawks to cover tonight’s spread.

Fresno State QB Jake Haener is consistently producing at a high level, and he should be able to have a solid day against a San Jose State defense that has been struggling. The Spartans were outgained 410-150 last week against Utah State, and they gave up 100 yards in penalties alone. They aren’t playing well enough defensively to be giving away free yardage, so look for Fresno State to take advantage of their opportunities.

Fresno State’s defense does a good job of creating turnovers, so they should be able to stymie the San Jose State offensive attack. Back Fresno State.

Let’s start with the Bills’ offense. It just isn’t the same as it was last year, and Josh Allen has regressed significantly. In 3 of his past 4 games, Allen has averaged 6.0 yards per attempt or worse. The only game he was better than that in that span was against the Jets and their sieve of a secondary. Buffalo struggled to generate much against the Colts, and in their embarrassing loss to the Jags, they made Jacksonville’s defensive front look like the ’85 Bears.

It doesn’t look like Alvin Kamara is going to return this week, and the Saints were without both of their starting tackles last week. Their fill-in at left tackle, rookie Landon Young, suffered a season-ending foot injury in his first career start, so they could be down to their third-stringer there. This team has virtually no weapons at the moment, therefore backing the under is the play.