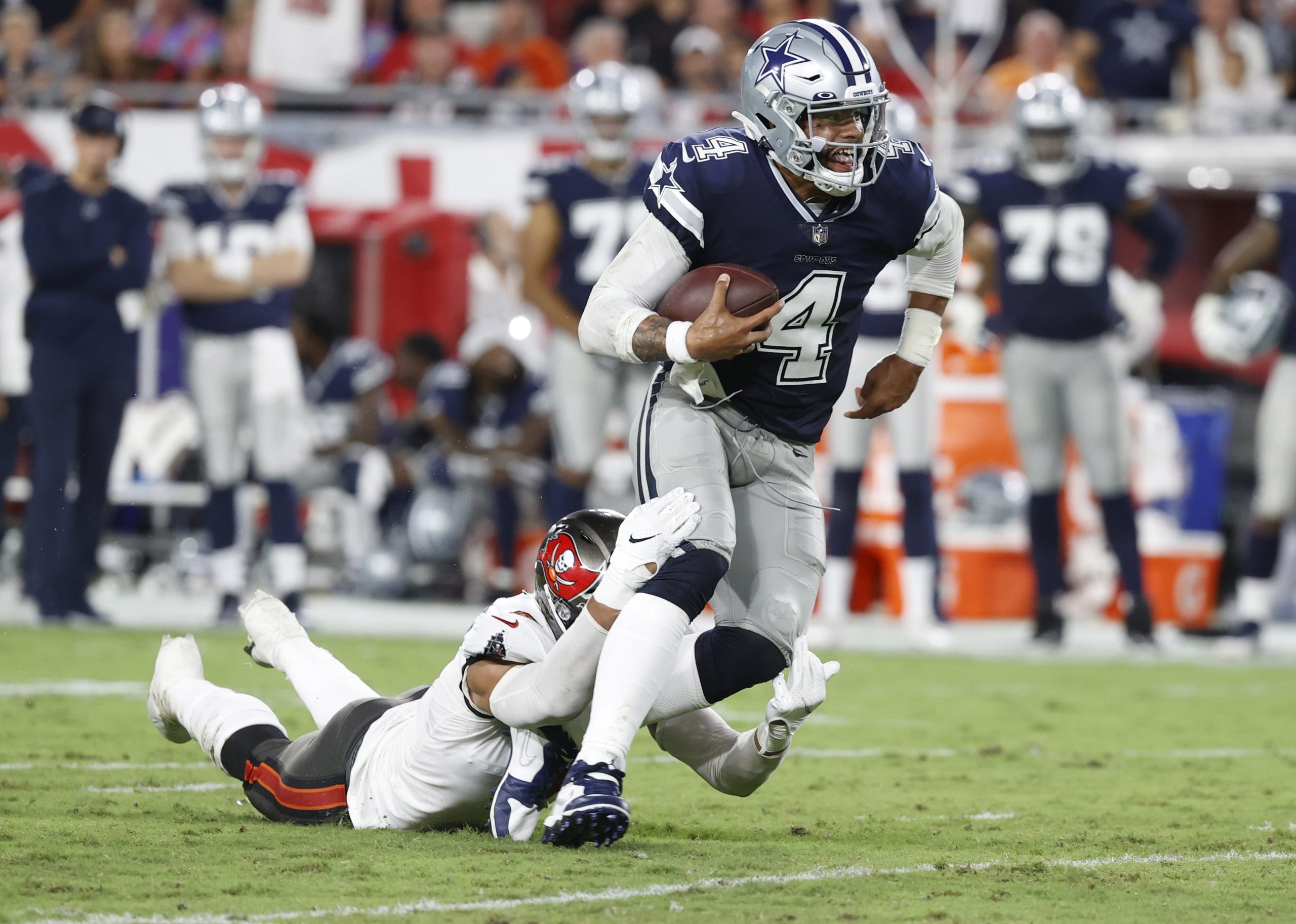 We have put together a 4-pick cross-sport parlay that will take you right through Thursday, including action from college basketball, the NFL, NHL, and NBA.

One pick is taken from each sport and a winning ticket gives us a nice payout with odds at +943 with DraftKings; that’s more than 9/1! Let’s break down each of these plays.

Defensively it’s more of the same, as the Capitals rank 4th in goals against per game with a mark of 2.48 and the Blackhawks rank 26th with 3.19. Even the projected starting goalies, Ilya Samsonov for the Capitals and Marc-Andre Fleury for the Blackhawks, have a large margin between them. Samsonov ranks 15th in goals saved above expected and Fleury ranks 50th. Look for the Capitals to get Tuesday night’s bad loss out of their system and control the game and place your bet on the money line.

While TCU has only lost one of their first six games, they have only played the 238th-most difficult schedule. With that being said, Oral Roberts is 4-3 while playing just the 242nd most difficult schedule so far this season. One of the most important factors of a successful college basketball team is a strong back court, and Max Abmas — the Preseason Player of the Year in the Summit League — is an experienced player who can score at will. Take the Eagles to cover.

The Grizzlies have actually done well by beating the Raptors and Kings in their last two games without Ja Morant, but both of those teams aren’t exactly top tier squads this season. Picking up the slack in Morant’s absence was Jaren Jackson Jr., who led the way with 25 points, Desmond Bane also chipped in with 23 in the win over Toronto. One concerning stat ahead of tonight’s game for Memphis fans is their record in games as favorites this season. They have won 5 of those 9 games, so they aren’t exactly dominating teams in that role.

On the other side, OKC has done well against the spread lately despite all the losing it has endured. This team is 6-2 ATS in their last 8 games, including 6-1 ATS in its last 7 on the road. With Shai Gilgeous-Alexander back and playing at a high level, I think the Thunder can keep it close vs a Memphis team without Morant.

Following a hot start, Dallas has now lost 3 of its last 4 games — but New Orleans hasn’t won at all during the same period. Both teams have been hampered by injuries lately, but it’s the Cowboys who look better positioned to come out on top. Dak Prescott has been red hot this year and should be able to take advantage of a Saints defense that has allowed 7.8 passing yards per attempt this season (5th-most in the league).

After not playing in last week’s blowout defeat to the Bills, Taysom Hill is likely to start at quarterback for the Saints and he should be motivated to put on a show after signing his contract extension. However, in his way is a Cowboys defense that has been much improved this year under DC Dan Quinn — with 15 interceptions so far (third-most in the league). Last week’s struggles against the Raiders notwithstanding, but this Dallas unit has been rigid for most of the season. Take the Cowboys.