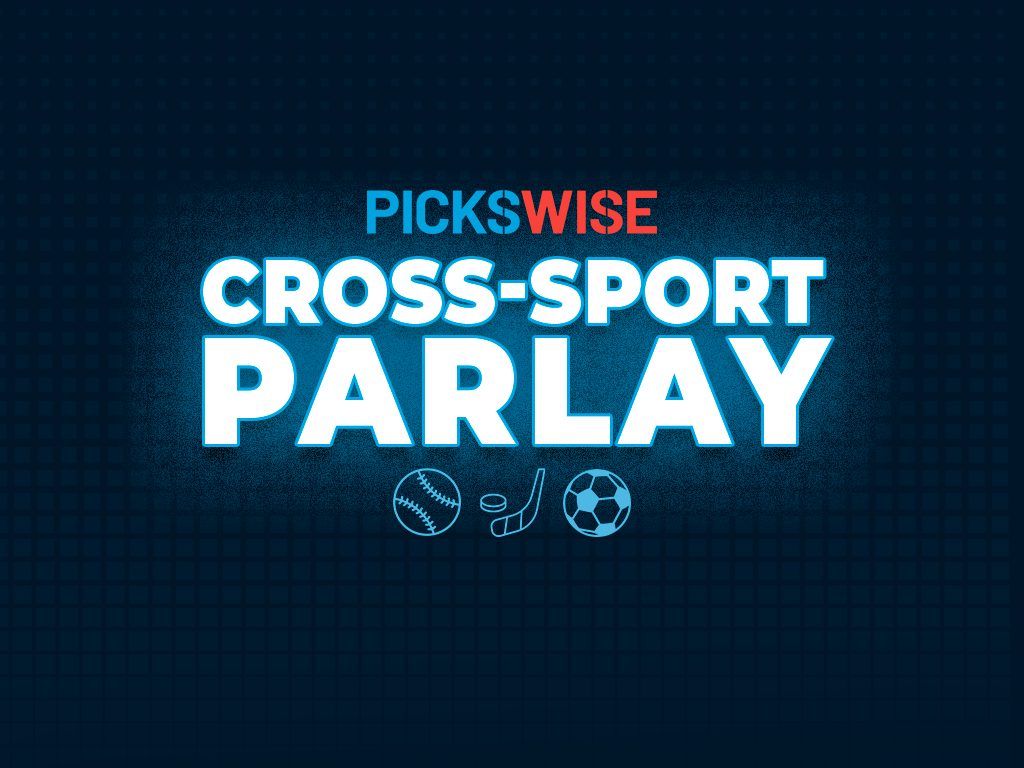 Matthew has been with Pickswise for a while now, covering a wide variety of sports. His main passions are college football and UFC, and those are the sports he has covered the most. Matthew uses a variety of methods to handicap games, including stats, trends, injuries, and situational factors. His goal is to consistently give out winners and will put in the research to try and achieve this.
@Sixfigurematt
We have put together a 4-pick cross-sport parlay that will take you right through Sunday, including picks from the MLB, MLS and Stanley Cup Finals. One pick is taken from each sport with a second pick from the MLS. A winning ticket would give us a nice payout with odds of +1109 at DraftKings. Let’s break down each of these plays.

Milwaukee’s Corbin Burnes may be in the Cy Young conversations, but newly acquired Chi Chi Gonzalez is about as far from that as one can get. Combined with his starts for Minnesota, he has now allowed 9 runs in just 11.0 innings. This start against the Blue Jays also doesn’t bode well for the Brewers.

Toronto’s Jose Berrios can be shaky, as well, but he’s also given the team at least 7.0 innings in 3 of his 4 starts this month. The Blue Jays won all 3 of those games and should help Berrios get his 6th win on Sunday.

Before last weekend, NYCFC was 7-0-2 in their last 9 MLS matchups and they have allowed just 3 away goals in 5 matches this season. Philadelphia has allowed 0.5 goals per game to opponents at home in 2022, and NYCFC allows an average of 0.6 goals to opponents away from home. The total has finished under 2.5 goals in 5 of the last 6 meetings between the Union and NYCFC, and that trend can continue on Sunday night.

The Whitecaps are on a bit of a run, winning 3 of their last 4 MLS contests. Last weekend the Whitecaps pulled off the unthinkable and snatched 3 points on the road in Dallas, winning 2-0. The New England Revolution come into this fixture as a goal scoring threat, having scored the 2nd-most goals in the Eastern Conference with 27. Home or away if doesn’t matter for the Revs, who are averaging 2 goals per game on the road.
Six of the teams’ last 10 meetings went over the 2.5-goal mark. We know New England can score, and Vancouver has 11 goals in 7 matches at BC Place. Take both teams to score and over 2.5 goals in the match.

Tampa Bay has an opportunity to force a Game 7 on Sunday night, and there could be no goaltender better to be with than Andrei Vasilevskiy. He is an all-world goalie on any given night, and at his best both at home and in elimination games.

The Avs don’t have a goaltender nearly the caliber of Vasilevskiy, so with the home crowd behind them, back the Lightning to force a winner-take-all Game 7.