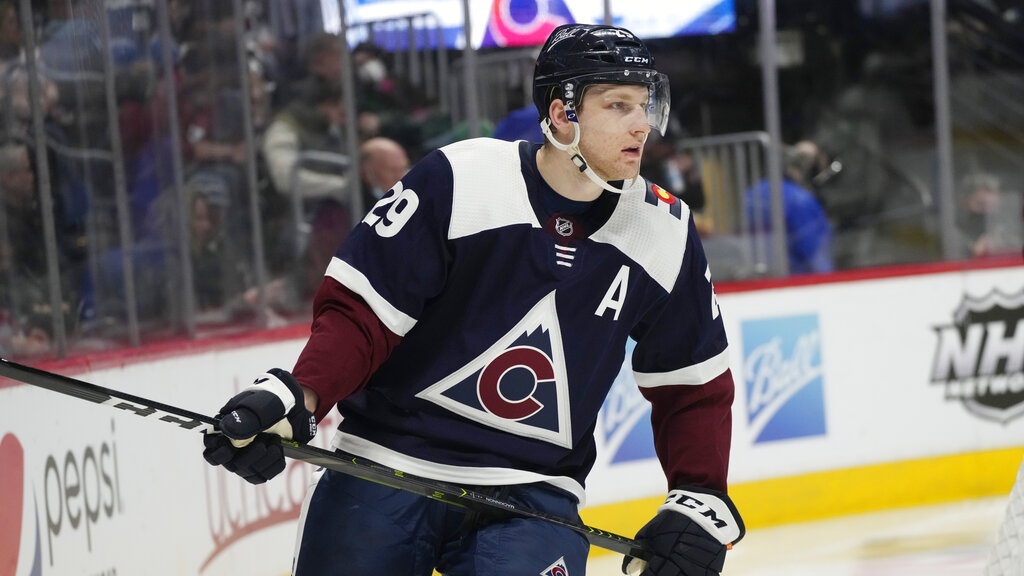 We have put together a 4-pick cross-sport parlay that will take you right through Tuesday, including action from the NHL and MLB. Three picks are taken from the MLB, with one from the NHL. A winning ticket would give us a nice payout with odds of +1028 at DraftKings. Let’s break down each of these plays.

Both San Francisco and Philadelphia should have great runscoring opportunities tonight as they each have struggling bullpens. They both put that on display yesterday, and the Giants will not be getting another 8.0 inning start from Logan Webb today. San Francisco’s bullpen provides a perfect chance for Bryce Harper to continue adding to his numbers. Even if things look bleak early on, expect the relievers on both sides to help this game end in high-scoring fashion.

The Blue Jays are playing their best baseball of the season, winning 9 of their last 12 games and riding a 5-game win streak that includes a sweep of the Angels in Los Angeles. The Jays seem to have finally found their groove offensively, scoring 4 or more runs in their last 5 games, led by Bo Bichette who batted .375 with 5 extra-base hits. Kevin Gausman takes the mound for Toronto tonight and he has been a force all season. Gausman is pitching to a 2.25 ERA and a 2.64 xERA, which suggests his actual numbers aren’t by way of luck. In 9 starts, Gausman has allowed more than 3 runs in an outing only once and he should find success against a White Sox lineup that is 28th in runs scored.

The Blue Jays have a slight edge in their bullpen and have the better starting pitcher and lineup coming into today’s game. Back the Blue Jays to keep their win streak alive after an impressive 4-game sweep of the Angels.

If you have been following the Stanley Cup Playoffs you know that where the Oilers go, goals follow. No team has scored more goals per game than their 4.33 in this postseason. The offense has carried the hopes and dreams of Edmonton and they aren’t changing anytime soon. Colorado goalie, Darcy Kuemper hasn’t been great statistically in these playoffs and holds a save percentage of .904. He also has the 4th-worst goals saved above expected mark this postseason at -3.7, which puts him with netminders such as Ville Husso and Louis Domingue.

On the other side, Mike Smith is an average goaltender, who has benefited statistically from playing the Kings in the opening round. He was good enough in the first 2 series of the Oilers’ run but they haven’t seen a team like Colorado. The Avalanche have averaged 4.30 goals per game in this postseason and have gone over the game total in 6 of their 10 games. There should be plenty of goals this series and it can start with Game 1 tonight.

Milwaukee is 16-4 in its last 20 games against the Cubs and 9-2 in the teams’ last 11 games at Wrigley Field. These teams have played head-to-head 8 times already, splitting the first 6 games with the Brewers outscoring the Cubs 29-22, before the Brewers won both games of Monday’s doubleheader, 7-6 and 3-1.

The Cubs have dropped 5 of their last 6 games, including an ugly 20-5 loss to the Reds. They are 1-6 in their last 7 games at home and battling some injury troubles. Pitching is Milwaukee’s bread and butter and it can earn the Brewers another win against an inconsistent Cubs lineup today.