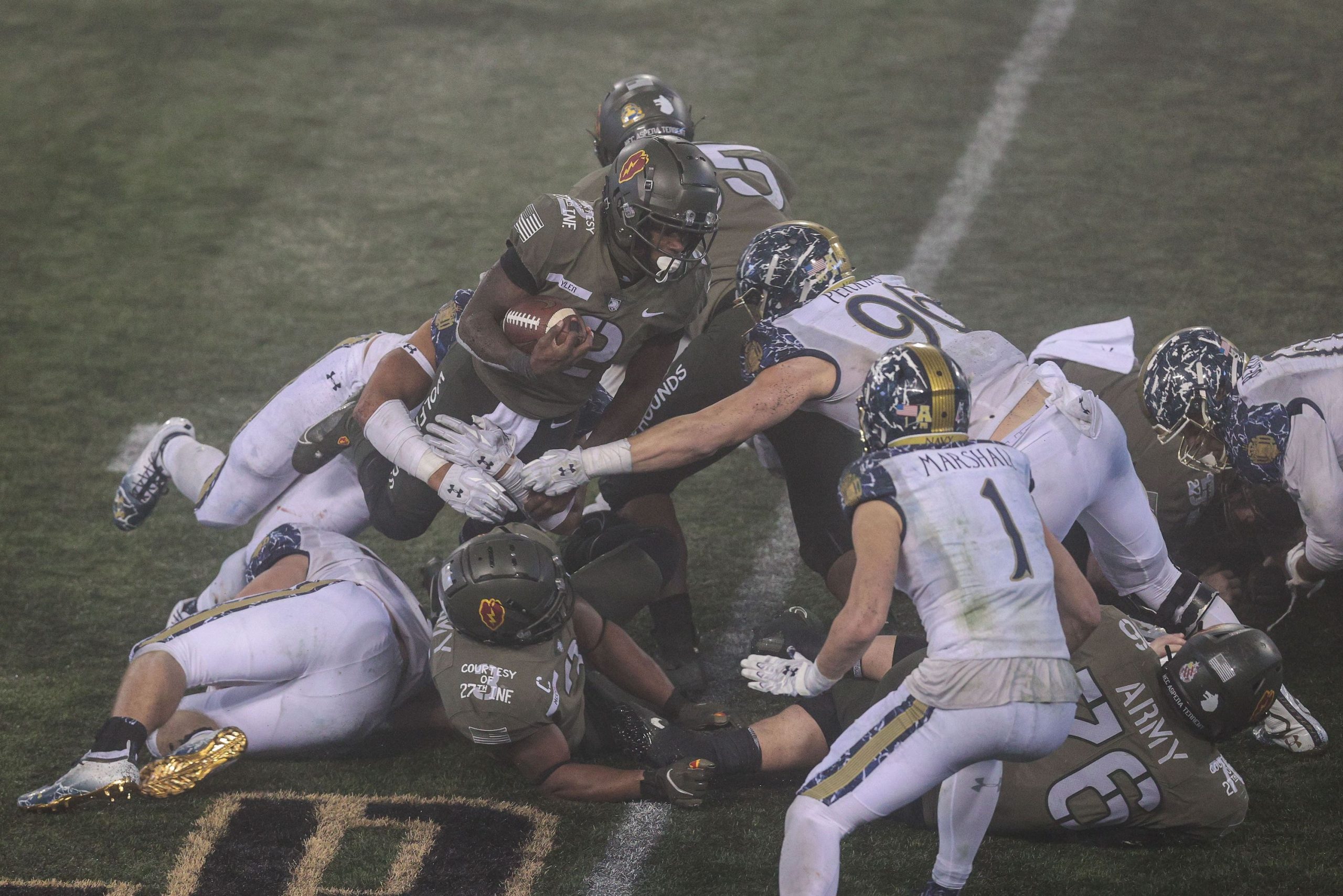 We have put together a 4-pick cross-sport parlay that will take you right through Wednesday, including action from college football, college basketball and the NBA.

One pick is taken from each sport with a second pick from college basketball. A winning ticket gives us a nice payout with odds at +1200 with DraftKings — that’s 12/1! Let’s break down each of these plays.

Arizona has been dominant this season, starting 11-0 and having only 2 of those wins finish within a single-digit margin. The Wildcats quickly jumped from unranked to 6th in the country with great wins over Michigan, Illinois, and Wichita State. A trip to Knoxville to face Tennessee will be one of Arizona’s toughest games yet, so we will be able to see just how good the ‘Cats are on Wednesday.

This should be an amazing game between 2 of the best teams in college basketball. Arizona has looked like the best team in the country on multiple occasions, so they should take care of business on the road. Take the Wildcats.

Missouri is an SEC team in name only at the moment, as the eye test and advanced numbers are not flattering to the Tigers. Missouri’s poor run defense is no match for the Black Knights and their triple-option offense that has seen so much success on the ground throughout this season.

Army’s offense is one of the 10 most efficient in the country on the ground. And while good passing offenses have given the Black Knights trouble this season, that is not what Missouri’s grind-it-out style of play brings to the table. Motivation should be squarely with the Army side, as this should be the team’s best chance to knock off a Power 5 opponent this year. This could potentially be a one-sided affair. Take the Black Knights.

This should be a high-possession game, as both squads rank inside the top 70 in KenPom’s adjusted tempo. There’s also a lot to like from a matchup perspective that favors the over. Note that Lipscomb is turning the ball over at an alarming rate. Even more concerning is that those turnovers are turning into quick points for the opponents. Per Haslametrics, Lipscomb ranks 349th in giving up potential quick points off steals — which is measured by opponent shot attempts given up within the first 10 seconds after a steal. LSU ranks 7th in generating potential quick points off steals.

We shouldn’t expect to see a great offensive game from Lipscomb, but it should potentially be able to get some points from 3-pointers. Only 6 teams allow a higher 3-point attempt rate to their opponents than LSU, and the Bisons can shoot threes well, ranking 38th in 3-point percentage. They also have gone to a very-high 3-point attempt rate without Ahsan Asadullah, so backing the over is the play.

The total has gone over in 5 of the last 7 head-to-head meetings and these teams are averaging 215.7 points per game in the last 10. In the Nuggets’ last 3 they’ve scored 117.7 per game and the over has cashed 10 times in their last 11 on the road. They are one of those rare teams that scores more points on the road than at home. Even though the Thunder struggle with scoring, they can take advantage of the inefficient Nuggets defense and go over 100 points. Take the over.