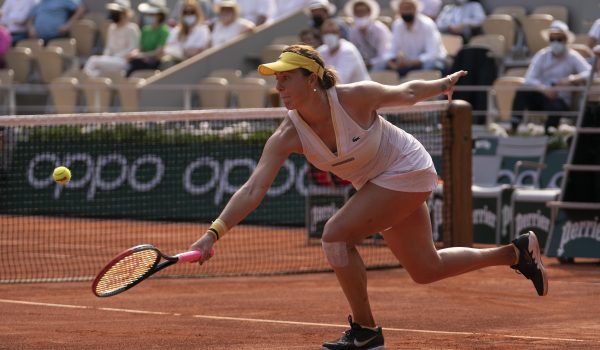 For various reasons, the French Open women’s singles event has been surprising from start to finish. It began with Naomi Osaka boycotting press conferences and then withdrawing for the tournament, despite not being injured, prior to he second-round match. Top players exited the tournament left and right much earlier than expected, either through loss or injury.

Following two weeks of action, we are down to the final two on Saturday: Anastasia Pavlyuchenkova and Barbora Krejcikova. It is the first Grand Slam final for both competitors. In fact, neither one had ever been past the quarter-finals at major. One of them will be a Grand Slam champion before Saturday is through.

Throughout the two weeks in Paris, Pickswise has been offering plenty of content to help you make winning tennis picks.

Let’s continue by taking a look at some of the best bets for Saturday at Roland Garros.

Getting Pavlyuchenkova straight up at plus money is too good to pass up. Both finalists are inexperienced in terms of being this deep — as deep as you can go — at a slam, but relative to Krejcikova the 29-year-old has a lot of it. She had also been to the quarter-finals of majors on six previous occasions even before making this run at Roland Garros. Pavlyuchenkova seemed due to make a breakthrough, and she has finally delivered on her untapped potential.

It has been particularly impressive, too, given the nature of the opposition. The Russian upset No. 3 seed Aryna Sabalenka — the hottest player on tour and one of the title favorites — in the third round, ousted two-time Grand Slam champion and No. 15 seed Victoria Azarenka in the fourth round, and beat No. 21 seed Elena Rybakina in the quarter-finals. Pavlyuchenkova went on to defeat Tamara Zidansek 7-5, 6-3, needing just one hour and 34 minutes to advance.

Krejcikova, on the other end, played a three hour and 18-minute semi-final against Maria Sakkari that ended with the Czech triumphing 7-5, 4-6, 9-7. She has knocked off only one player seeded higher than 17th (No. 5 Elina Svitolina). Based on experience, current form, and an easier semi-final, Pavlyuchenkova should be the pick for the French Open women’s singles final.

Pavlyuchenkova hitting more aces coincides nicely with an outright win, and at well into plus money it also has great value. The No. 31 seed has been out-aced only once this fortnight, and that was by Sabalenka, one of the biggest hitters in the women’s game and probably the biggest hitter outside of Serena Williams. Pavlyuchenkova has won the ace battle in three of her matches while tying in the other two.

Krejcikova isn’t the biggest of servers, she is mostly content just to get the point started. And that will probably be the case to an even greater extent on Saturday, when the pressure is at an all-time high and she will want to avoid hitting second serves. The 25-year-old double-faulted five times in the semis and eight times in the quarters, which is all the more reason for her to take something off her first serve, which in turn leads to fewer aces.