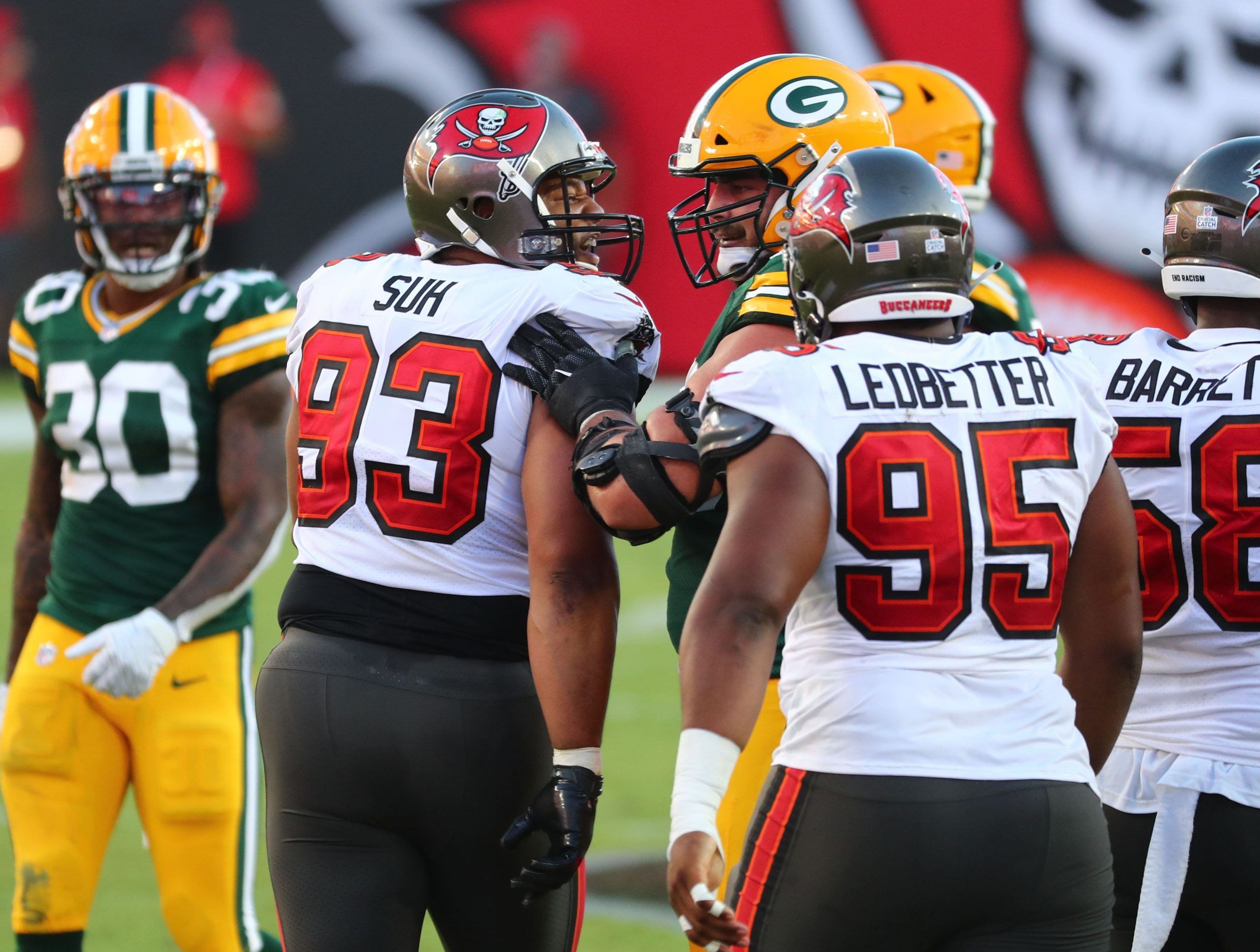 The Tampa Bay Buccaneers are in very good shape in the NFC at 4-2, and they certainly looked like an elite team last week as they dominated the Green Bay Packers. When they signed Tom Brady this offseason they immediately got Super Bowl aspirations, but interestingly enough it hasn’t been the legendary quarterback that has sparked this team so far.

Instead it’s been the young defense that has been the engine behind their success, and the unit is looking like one of the best in the league. They’re first in the NFL in total defense, and getting better with each passing week. The signs have been there for a while, as the defense quietly started to build steam toward the end of last season when no one was paying attention. Defense wins championships as the old cliche goes, and today we’ll be breaking down how exactly it got to this point.

When discussing this Buccaneers defense you have to start with defensive coordinator Todd Bowles, and he deserves all the credit in the world. The former Jets head coach flamed out in New York, but that might have more to do with the state of that organization than anything else. Bowles is a defensive genius schematically, and the blitz packages he sent after Aaron Rodgers last week had Rodgers looking like a rookie.

Defensive line coach Kacy Rodgers is one of the best position coaches in the NFL, and he’s done a great job with his guys. Head coach Bruce Arians is very lucky he has such a close relationship with Bowles and was able to recruit him, and his players seem to love playing for him. It’s incredible what Bowles has been able to do in only a season and a half, and I bet he’s going to get another shot at being a head coach sooner rather than later.

Even in 2020 games are still won in the trenches, and the Bucs have done a great job investing in their defensive front. Ndamukong Suh might be 33 now but he still has plenty left in the tank, both as a pass-rusher and a run-stuffer. This unit was dealt a huge blow when fellow defensive tackle Vita Vea was lost for the season with a broken ankle, but just this past week they addressed it by trading for Steve McLendon.

McLendon and Bowles were together with the Jets, and the long-time veteran will be another great presence both on the field and in the locker room for this group. Because of Suh and stud linebackers Lavonte David and Devin White, this Bucs defense is nearly impossible to run on. In fact they’re only allowing 3.0 yards per carry, by far the best figure in the league.

Both David and White were drafted by Tampa, and this defense has the perfect blend of home-grown talent and outside acquisitions. Wiith Shaquil Barrett and Jason Pierre-Paul they have a ferocious pass-rush coming off the edges, and there really aren’t any weaknesses with this group. They have 22 sacks as a group, which ranks second behind only Pittsburgh this season.

They have all those guys holding it down up front, and then some exciting younger talent in the secondary. Youngsters Jamel Dean, Carlton Davis, and Sean Murphy-Bunting have a ton of potential to be an electric cornerback trio. All three were drafted by Tampa, and all three are only in their second or third year in the league, so there is still plenty of room to grow.

Jordan Whitehead and Antoine Winfield Jr. look like a very solid safety duo in the making, and they’re only 23 and 22 respectively. General manager Jason Licht deserves major kudos, as all five of those guys were his picks just within the past few years.

They’ve racked up eight interceptions, second only to the Colts, and are allowing less than seven yards per pass attempt. What’s scary about this secondary for opposing offenses is that with how young they are, they’ll likely only continue to get better as the season goes on.

This defense is extremely talented at all three levels, well-coached, and also still very young. As Brady and the offense get up to speed, they’re carrying the weight for now. There’s no reason to believe this unit is going to regress, and in fact the opposite might be true as their youth gain experience. With Bowles leading this defense, the Buccaneers are a legit Super Bowl contender.