HomeAnalysisNFL AnalysisIs it still important for NFL teams to have a star running back?

Is it still important for NFL teams to have a star running back? 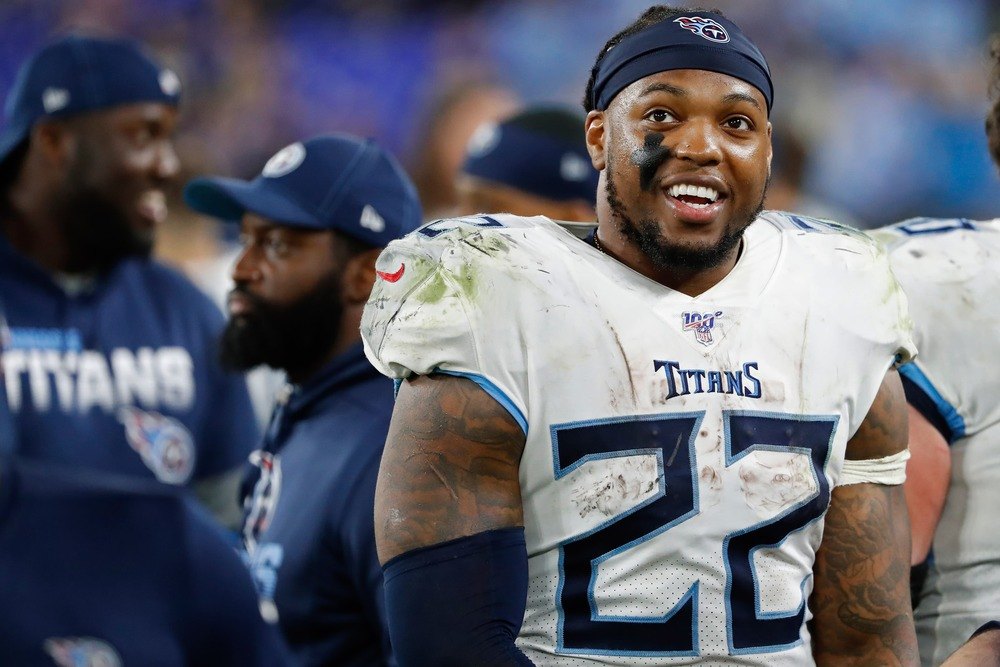 In this year’s NFL Draft, a running back was not selected until the final pick of the first round (LSU star Clyde Edwards-Helaire went to the Super Bowl champion Kansas City Chiefs). In 2019, only one running back was taken in the first 52 picks of the draft (none until Alabama’s Josh Jacobs went to the Oakland Raiders at No. 24).

What is the explanation? One thing’s for sure: it’s not because every single team in the NFL is set at running back.

No, there were plenty of teams that experts identified as “needing” a running back prior to either the 2019 or 2020 draft. Nonetheless, players at that once-heralded position got passed up, passed up again, and passed up some more.

Well, the importance of the running back position is very much up for debate these days. Gone are the days when teams would feed their backfield workhorses with an alarming—perhaps even inhumane—number of carries and ride them to win after win and even to Super Bowl after Super Bowl. Most records in sports are made to be broken, but the peak number of rushing attempts in a single season does not appear to be one such record. Amazingly, of the top 55 single-season carries in NFL history, only one has come in the last 10 years (DeMarco Murray, who carried the ball 392 times for the Dallas Cowboys is 2014, is tied for seventh on the list). Of the top six, only two have come since the turn of the century (Larry Johnson is No. 1 with 416 carries for the 2006 Chiefs and Eddie George is fifth with 403 carries for the 2000 Tennessee Titans).

Those are the cold, hard numbers—but they really aren’t necessary. Anyone with half a brain who has watched even a few NFL games over the past decade or so knows good and well that this has turned into a pass-happy league. Instead of pounding the rock down opponents’ throats, teams prefer to let their quarterbacks run around in the backfield and then fling the football around to countless numbers of receivers all over the field.

“Why go four wide when we can go five wide?!?! The more receivers the better! Let’s give our star QB as many options as possible!”

That is basically what coaches are thinking these days.

That is not to say, of course, that running backs have become entirely irrelevant. Sixteen different running backs broke the 1,000-yard mark in 2019, led by Derrick Henry of the Tennessee Titans with 1,540 yards. Seven running backs scored at least 10 touchdowns on the ground (Henry and Aaron Jones of the Green Bay Packers were tied for first with 16). Henry led Tennessee to playoff upsets of the New England Patriots and Baltimore Ravens and was just rewarded with a four-year, $50 million contract extension.

Keep in mind, though, that the best teams in the NFL last season were the Chiefs (led by 2018 NFL MVP Patrick Mahomes), the Ravens (led by 2019 NFL MVP Lamar Jackson), and the San Francisco 49ers (led by a dominant defense). Where were the running backs on those teams? Christian McCaffrey is arguably the best RB in the business and his team, the Carolina Panthers, went 5-11 overall and 0-8 in their last eight games.

It is also worth noting that Cowboys running back Ezekiel Elliott thinks he has “dominated” every year since being drafted in 2016. But he has never rushed for more than 1,631 yards (2016) in a league in which running backs used to exceed 2,000 yards. Elliott has also never equaled his 15 rushing touchdowns that he posted as a rookie. It has been downhill ever since for both Elliott and his team.

Check the stats. Since I entered this league I have dominated year in, year out. Put some RESPECT on my name.

If those numbers can even come close to being “dominant” for a running back, it is clear the position’s value has diminished. Having a star running back is all well and good, but it is not essential. In other words, having a guy like Derrick Henry is a luxury…not a necessity.