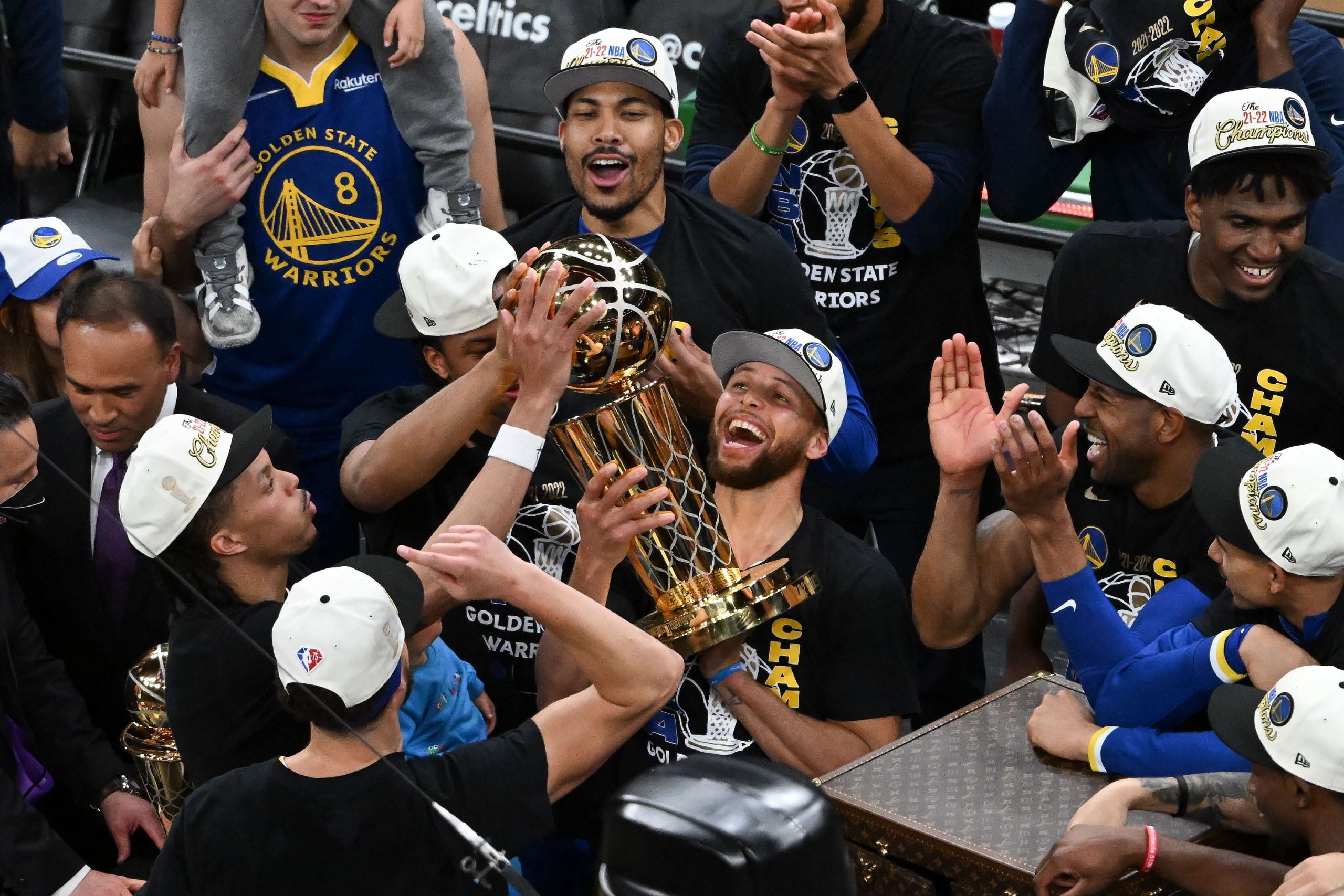 The NBA season ended in rather anticlimactic fashion on Thursday night with the Warriors blitzing past the Celtics and winning the series in 6 games. It was a bad result for the sportsbooks, who got hit hard in multiple markets.

MGM reported 34% of the total MVP handle on Curry and 30% of the total futures handle on the Warriors, the most of any player and team. Other shops didn’t get hit so hard with Curry money. In fact, PointsBet reported a positive result in the MVP market.

“We had our biggest liabilities on Klay (Thompson) and Jaylen Brown,” said PointsBet Trading Analyst Michael Korn. “Steph came into the finals at +125 to win the award and bettors definitely overlooked the greatest shooter of all time.”

Golden State was still a relative longshot to win the title when the postseason began and didn’t assume the role of favorite until the conference finals after Dallas upset Phoenix. The most notable bet paid out on Golden State at BetMGM was a $125,000 wager at +360, which netted $450,000.

Looking ahead to next season

On Friday’s “Let’s Bet It!,” we asked Brian Scalabrine to look ahead to next season and evaluate the futures market accordingly, and there was a consensus on the show that the Bucks are being undervalued a bit. Milwaukee is currently +750 at BetMGM, the 4th favorite on the board behind the Warriors, Celtics and Nets.

The reasoning behind the pick was simple: the Bucks have Giannis and every other team in the league doesn’t. Even without Khris Middleton, Milwaukee still almost got past the Celtics in round 2 and a healthy Middleton probably gets them over the top in that series.

Despite some early value on the Bucks, I will not be pulling the trigger on betting them just yet. First of all, it’s simply too early for me to be betting a relative favorite in the futures market, especially in the NBA, where the veteran teams consistently struggle to take the regular season seriously. Secondly, if recent summers are any indication, the free agency period is about to throw all 30 rosters into a blender, so we do not yet have the full picture in focus.

That being said, BetMGM is already reporting some early line movement with next year’s title odds, as the Clippers dropped from +700 to +750 and are now tied with the Bucks for the 4th favorite on the board. On Friday Scal also mentioned the Clips as being an overvalued team heading into next season, due to the inconsistent health of their stars Kawhi Leonard and Paul George. He was also selling the Lakers because of their aging roster and buying the Nuggets because of Jamal Murray’s return.

Tying a bow on my personal results

It was a profitable campaign for me personally betting the NBA, both with game bets and futures. As you can see from the results below, I’m not a high-volume NBA bettor — only registering 92 wagers the entire season, 51 of them coming in the playoffs. Admittedly, it’s not my favorite sport to bet day-to-day during the regular season because of roster volatility, but I was proud of my 63.6% record picking sides this season in albeit a short sample size.

A special thanks to our talented group of NBA analysts, most notably Brian Scalabrine and Jonathan Von Tobel, who did a tremendous job helping me and the Pickswise audience make smarter bets this postseason. At my high-water mark during the second round I was up nearly 12 units with postseason bets before giving most of it back in the conference finals and finals. In the end I settled for 2.71 units of postseason profit.

Overall, if you count individual game bets and futures, I finished this season up 19.66 units betting the NBA!

Talk to you next week for the draft!