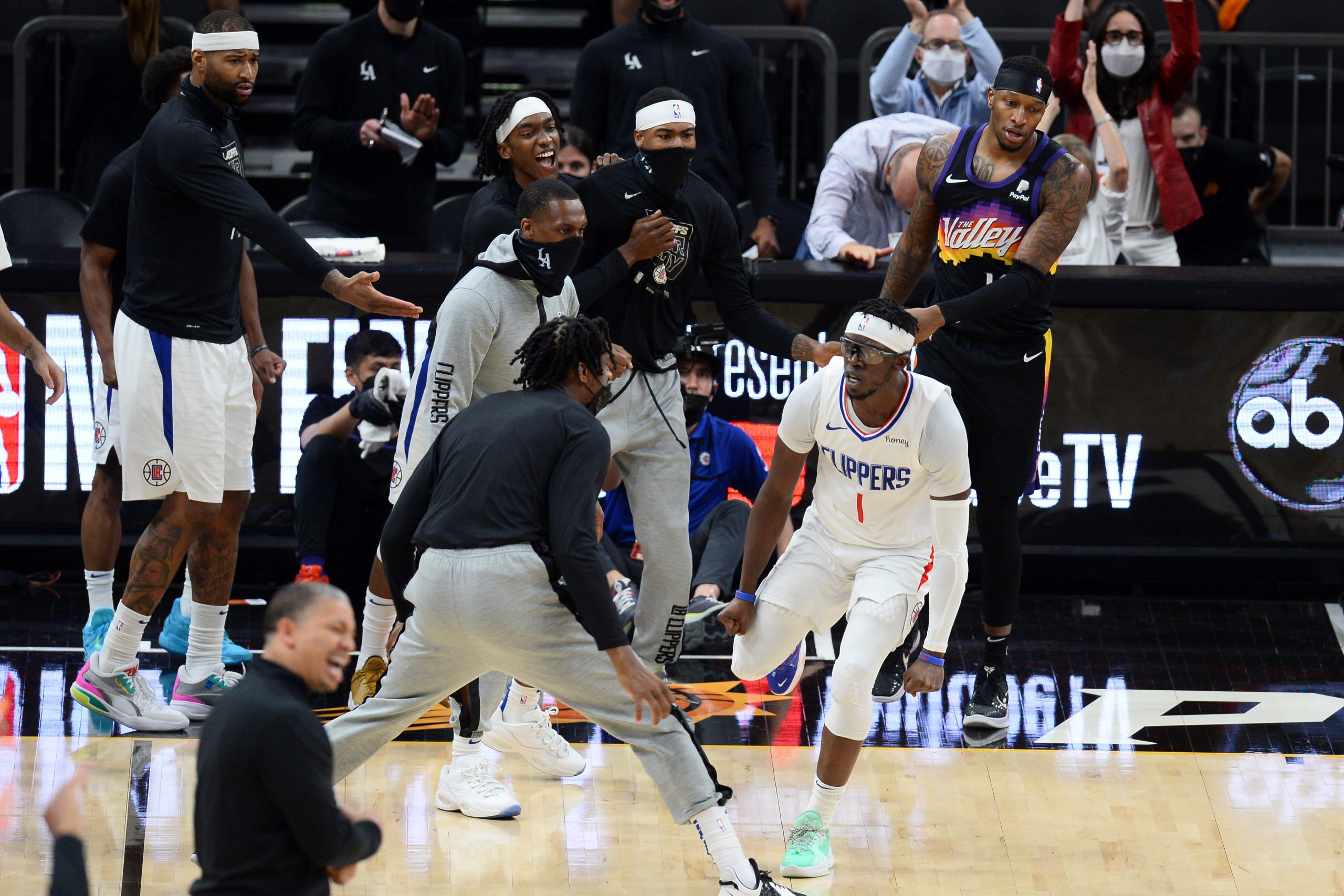 I pride myself on being as transparent as they come. My NBA record from last season and this season are listed in my bio alongside my MLB record. Without further ado, let’s dive into my favorite plays for the play-in tournament.

Check out our picks for all of tonight’s NBA games!

It’s playoff time! That means starters will see more minutes and, more importantly, increased workloads. The Minnesota Timberwolves host the Los Angeles Clippers in the 7-8 seed matchup tonight. The winner will move on to play the Memphis Grizzlies in a 7-game series.

Let’s dive into why I am targeting Clippers point-guard Reggie Jackson. Jackson did a phenomenal job leading the Clippers to this position. Superstar Paul George missed most of the season, but he is finally back and is playing like he hasn’t missed a step. First off, I expect Jackson to see at least 32 minutes tonight in a must-win game. In games this season that Jackson has played at least 32 minutes, he has recorded at least 5 assists in 25 of 38 games, including 17 straight games. In the 3 games that Jackson and George have played together since the injury, and both played at least 30 minutes, Jackson has dished out 22 assists.

Defensive menace Patrick Beverley should be all over Jackson tonight. With Jackson running the pick-and-roll with Zubac, he should have plenty of opportunities to hit him on the roll and even pass to spot-up shooters Paul George, Nicolas Batum and Marcus Morris.

The Timberwolves allow the 4th-most assists in the league, which has a lot to do with their fast-paced playing style. Minnesota plays at the fastest pace in the association, which will only give Jackson more possessions to cash this prop!

Bruce Brown is quietly one of the star-studded Nets’ key players. He gets overlooked by future Hall of Famers Kevin Durant and Kyrie Irving, but Brown makes all the needed plays to pull out wins.

The Brooklyn Nets are not happy that they are in this position. Most of us thought the Nets would be sitting at the top of the conference and breeze through the Eastern Conference. Now, they are in a position where they’re hosting the young and hungry Cleveland Cavaliers in a play-in game led by all-star Darius Garland.

Brown most likely will get the assignment of guarding Garland. That can be scary with potential foul trouble, but I like for Brown to record some long rebounds as he did in the Nets and Cavaliers’ last matchup. Brown recorded a near triple-double with 10 rebounds and 8 assists. Brown is averaging close to 6 potential assists per game post-all-star break, and Brooklyn will start a lineup featuring some of the best shooters in the world with Seth Curry, Durant, and Irving. There is a chance that Brooklyn goes small and plays Durant at the 5, which would only help Brown secure more rebounds.

Brown is over this line in 7 of his last 10 games when playing at least 30 minutes, including ending the season with 3 straight overs. Look for Brown to push the ball in transition after long rebounds and feed his sharpshooting teammates.