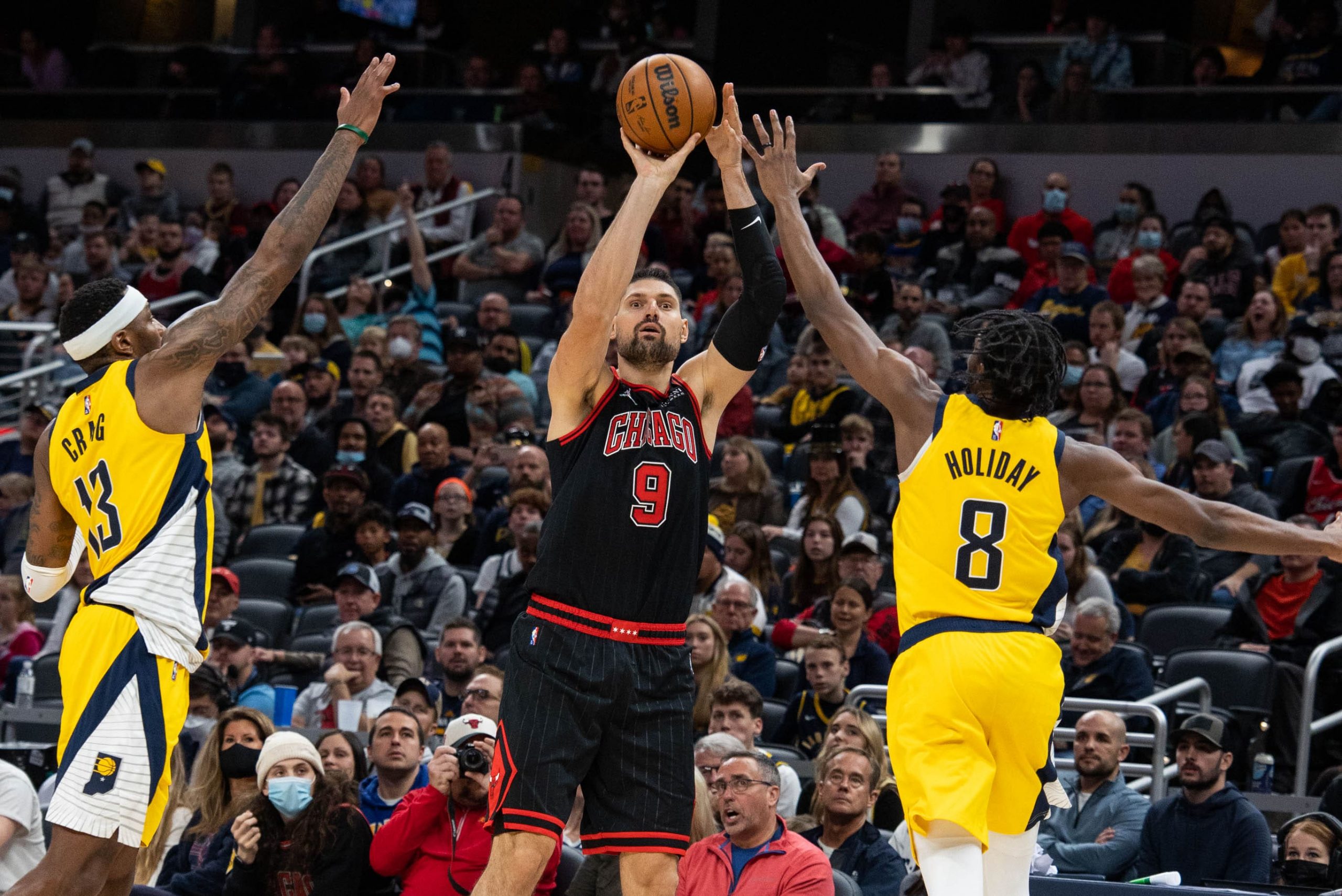 I pride myself in being as transparent as they come. My NBA record from last season and this season are listed in my bio alongside my MLB record. Without further ado, let’s dive into my favorite plays for Friday.

Line available at FanDuel Sportsbook at time of publishing. Playable at 31.5 PRA.

Nikola Vucevic has been a solid piece for the 5th place Chicago Bulls. He complements ball-dominant players Zach LaVine and DeMar DeRozan, well, especially in the pick-and-roll game. But, when the three stars play together, Vucevic takes a back seat. The 6’11” center averages 32.9 points, rebounds, and assists on the season, but that is playing 13 games without LaVine.

Tonight, the Chicago Bulls face off against the reigning Western Conference champions, the Phoenix Suns. Phoenix ranks 3rd in defensive efficiency, allowing the 8th-fewest points in the paint and 5th-fewest points to the center position. In his last game against the Utah Jazz, Vucevic struggled against the perennial defensive player of the year, Rudy Gobert. He scored 10 points on 5-of-14 from the field and wanted no part of Gobert in the paint. Deandre Ayton is not to Gobert’s level but can give Vucveic problems. The last time the two faced off, Vucevic scored 13 points and reeled down 12 rebounds.
This game presents a much easier matchup for all-stars Zach LaVine and DeMar DeRozan. I expect them to carry the scoring load for Chicago and Vucevic to once again take a back seat.

Murray is known to fill up the stat sheet. He ranks 2nd in the league in triple-doubles and has recently ramped up his scoring. He has averaged 24 points per game since the start of 2022 and is over this number in 17 of 30 games.

The Spurs will face off against the new-look Pelicans, who will most likely be without Brandon Ingram. New Orleans has been starting a frontcourt of Jonas Valanciunas and Jaxson Hayes. Murray will likely have a field day against these two in the pick-and-roll and should be able to get to the rim with ease. The last time these teams faced off, Murray scored 31 points on 13-of-22 shooting from the field. Devin Booker scored 27 against the Pelicans on Tuesday in 29 minutes and gave New Orleans all kinds of problems running the offense. I expect a similar game from Murray where he dominates the ball for the Spurs.

The first-time all-star is in the middle of the best scoring stretch of his career. He is over this line in 7 straight, and I do not see him slowing down in this one.