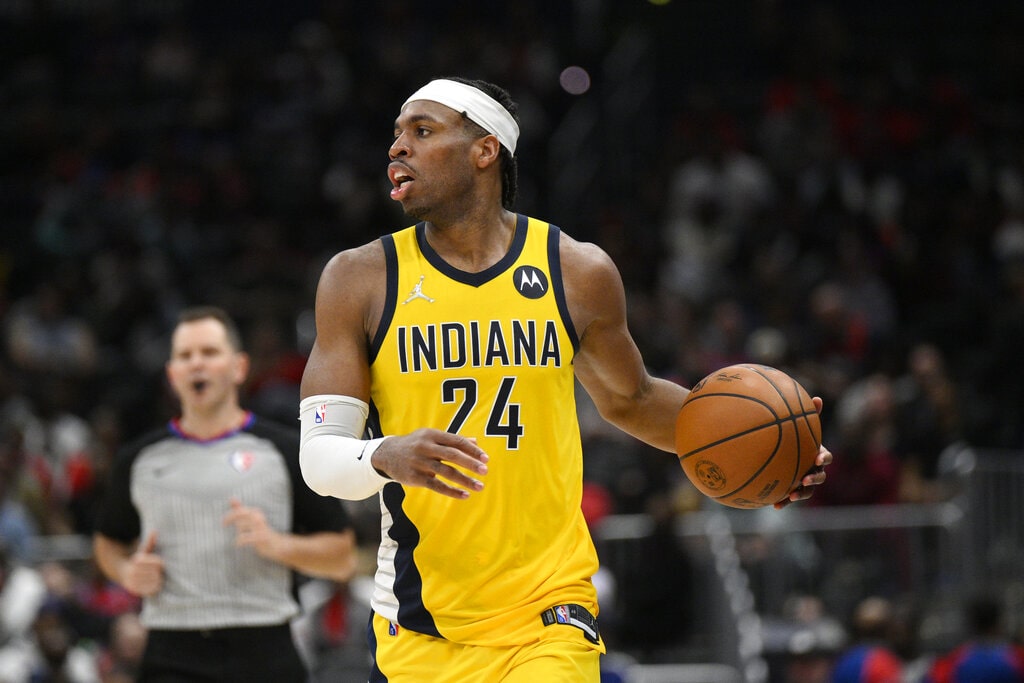 I pride myself in being as transparent as they come. My NBA record from last season and this season are listed in my bio alongside my MLB record. Without further ado, let’s dive into my favorite plays for Tuesday.

Sharpshooter Buddy Hield has been an excellent acquisition for the Indiana Pacers. Tyrese Haliburton was the centerpiece of the blockbuster trade, but Hield has shined in his new role with Indiana. He averages close to 40 minutes per game along with 20 points, 6 rebounds and 5 assists. The Pacers have slowly integrated Malcolm Brogdon back into the lineup. In 5 games played with Brogdon, Hield’s usage rate, points, rebounds and assists have all increased. Hield is over this line in 4 of the 5 games with Brogdon, with the one miss being 24 PRA.

The Indiana Pacers face off against the Cleveland Cavaliers, who will be without one of the league’s best rim protectors, Jarrett Allen. I expect Isaac Okoro to match up against either Haliburton or Brogdon, leaving Buddy Hield with a mismatch against Cedi Osman or Lauri Markkanen.

The Oklahoma alum is over this line in 8 of 10 games with his new team, and I expect him to build off his 19 point game on Sunday.

I am targeting another player recently acquired at the trade deadline — CJ McCollum. McCollum has found a new home in New Orleans and has been a phenomenal leader for the young Pelicans team. He averages over 26 points per game and is shooting 50% from the field in 10 games.

Tonight the Pelicans face off against the 2-seed Memphis Grizzlies. McCollum scored 30 points against the Grizzlies before the all-star break and was a mismatch nightmare. The Grizzlies lack a perimeter defender to check McCollum as Dillon Brooks is still sidelined. The high-volume duo of Jalen Green and Kevin Porter Jr. scored a combined 53 points on their way to a surprising victory on Sunday against the Grizzlies.

McCollum is in line for upwards of 20 field-goal attempts and will have plenty of opportunities to cash this prop. He is over this line in 7 of 10 games as a Pelican and could very well score 30 points tonight.