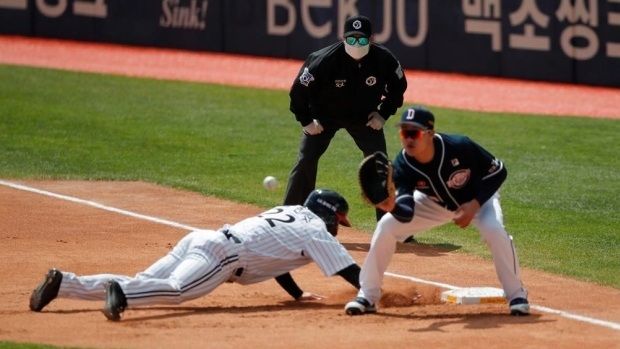 The 2020 KBO regular season is officially two months into play. Some teams are starting to rise back to the top, while others continue to fall down the standings. Make sure to check out our daily KBO Picks for free insider advice and analysis as well. Let’s dive into our new KBO Power Rankings below for the week of July 6.

After finishing off the month of June on a sad note, the NC Dinos have kicked off July with a batch of wins. With winning four of six this past week, the Dinos are still the top dog in the KBO.

The Kiwoom Heroes did just enough to hold onto the second spot in the KBO Power Rankings. With winning two of three from the Doosan Bears, the week seemed bright. However, losing two of three to the KT Wiz put a sour ending on a successful week.

Unlike the Kiwoom Heroes, the Doosan Bears did not end their past week on a sour note. Winning two of three from the Hanwha Eagles gives the Bears solid momentum heading into a critical series against the fourth-place LG Twins.

After multiple winning weeks of successful winning weeks, the LG Twins lost both series to the KT Wiz and Samsung Lions. Another losing week and the Twins could fall down the standings.

Watch out for the Samsung Lions. They have cleared over the dreaded .500 winning percentage mountain and find themselves on a winning streak. After winning five of six games this past week, the Lions could climb into the top three of the KBO standings.

The KT Wiz did something they only did once in June. Have a winning week claiming four of six games this past week. If the Wiz can surprise the league with another winning week, they could jump over several teams in the standings.

It has been over six series in which the Lotte Giants have seen a winning outcome. The Giants continue to fall down the standings after another losing week.

After getting swept by the Samsung Lions, the Wyverns ended the week on a strong note with winning two of three against the Lotte Giants. The six wins out of twenty-six road games are still a considerable concern.

With getting swept by the Kia Tigers and losing two of three from the Doosan Bears, the Hanwha Eagles are nearly out of playoff potential. I guess there is always next year?

Be sure to check out our July 7 KBO three-team parlay that pays out +312, including the must-watch game between the NC Dinos and SK Wyverns.