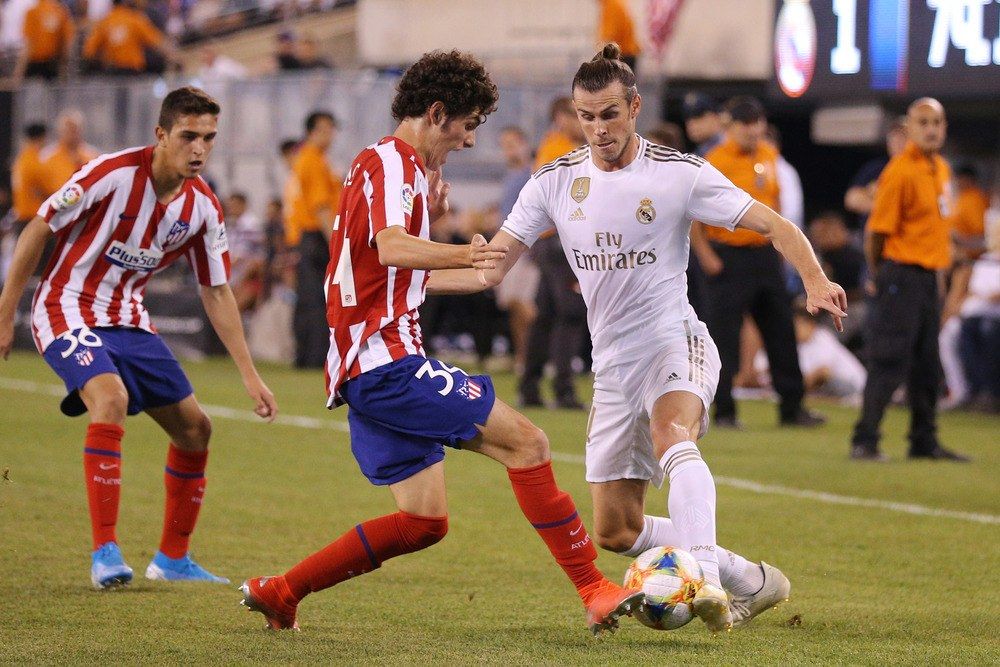 Since graduating from Davidson (The College That Stephen Curry Built), I have been writing about sports--just about any and all you can think of!--and coaching tennis in Atlanta, Ga. Beyond the four major sports, I am an avid tennis fan and cover the ATP Tour on a daily basis. If I'm not busy writing, you can generally find me on a tennis court or traveling the world wherever a sporting event takes me.
@Dimonator133
Updated: 3:55 AM ET June 11, 2020

Following a three-month hiatus due to the ongoing coronavirus crisis, La Liga is back! Soccer is coming back throughout Europe and Spain’s top division is no exception, as action will get underway on Thursday with the Seville derby between Sevilla and Real Betis (be sure to check out our daily soccer expert picks for matches in La Liga and other leagues). Yes, the month of June is a virtual European soccer party as the Bundesliga, the Premier League, and Serie A either have all returned to the pitch or will return in a matter of days. Even Major League Soccer will resume in the United States starting on July 8.

Sevilla is a +165 favorite to finish the season in third place behind Barcelona and Real Madrid. Atletico Madrid is a +175 second choice to finish third, followed by Getafe (+400) and Real Sociedad (+600).

Of course, finishing in third place is of no particular importance aside from bragging rights. What really matters outside of winning the title is placement in the top four. Such a position gets a club into next year’s UEFA Champions League. As it stands right now, FC Barcelona, Real Madrid, Sevilla, and Real Sociedad would qualify. Getafe, Atletico Madrid, and Valencia (42 points) are well within striking distance. Villarreal and Granada (38 points) along with Athletic Bilbao (37 points) would have to make.a serious move over the course of their remaining 11 matches.

Sevilla and Atletico Madrid are -175 favorites to finish in the top four. Getafe (+120) and Real Sociedad (+200) are slight underdogs, while Valencia (+1000) is among the longshots.

The bottom three teams on the table will be relegated to Spain’s second division for the 2020-21 season. Espanyol (20 points) is currently in the worst shape, while Leganes (23 points) and Mallorca (25 points) also currently find themselves in position to be relegated. Celta Vigo (26 points), Eibar (27 points), and Real Valladolid (29 points) are by no means out of the woods.

All three of the current bottom-feeders are well less than even money to be relegated. Eibar is +200 to finish in the bottom three of the standings and Real Valladolid is +350 to do the same.

The common denominator among all of the worst teams in the league is a lack of star power. On the aforementioned clubs at risk of being relegated, no single player has reached double-figures in goals so far this season (Celta Vigo’s Iago Aspas has nine). On the other side of the coin, squads like Barcelona and Real Madrid are loaded. Barca’s Lionel Messi unsurprisingly leads La Liga with 19 goals—four more than second-place Karim Benzema of Real Madrid. A four-way tie for third includes Barcelona’s Luis Suarez and Villarreal’s Gerard Moreno (11 goals).