March Madness Final Four: What do the Kansas Jayhawks need to do to win the NCAA Tournament? 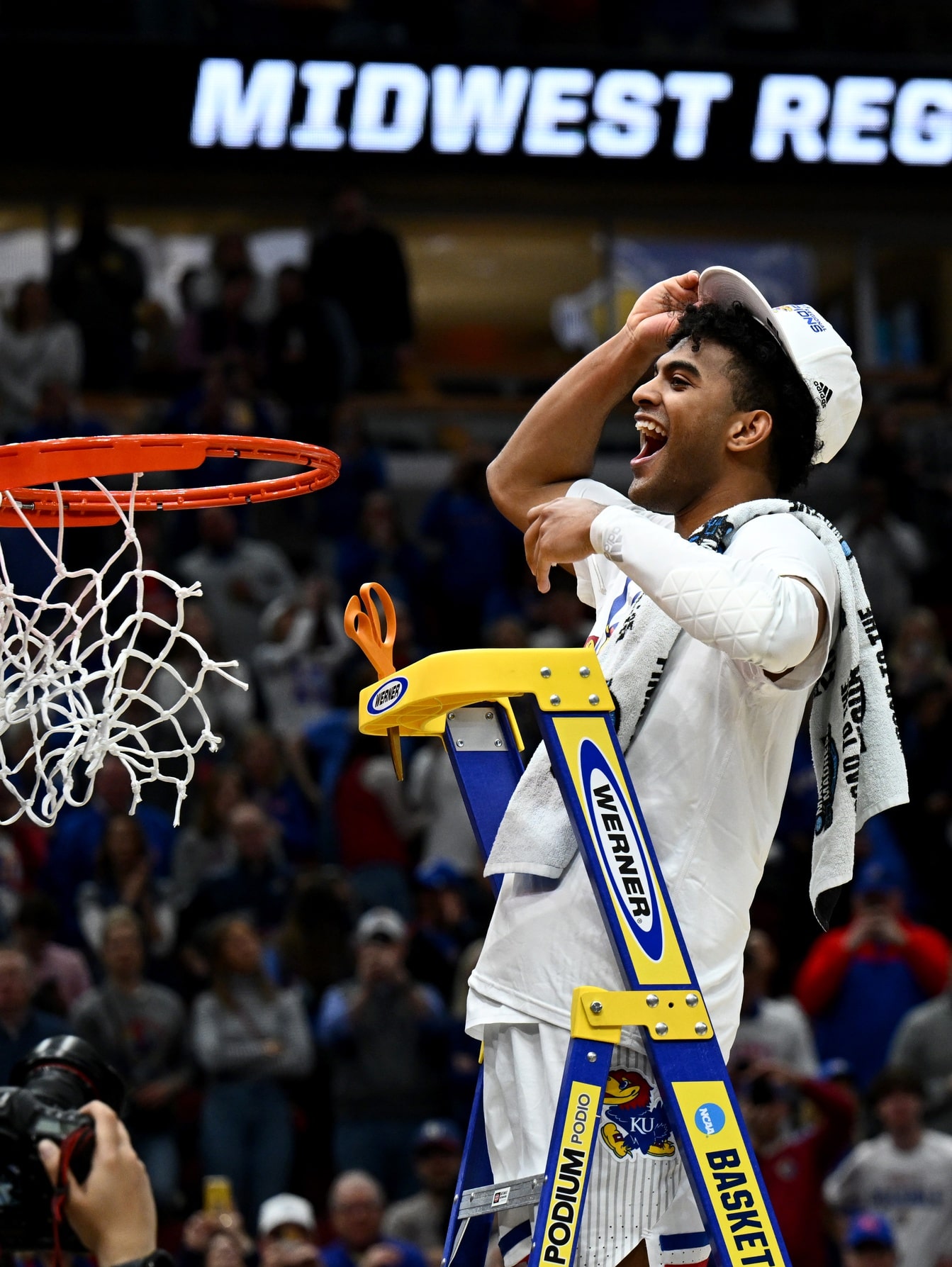 To the surprise of many, Kansas is the lone #1 seed in the Final Four. The Jayhawks played against the most difficult defensive strength of schedule, yet rank as a top 10 team per KenPom’s efficiency metrics. This is a strong offensive team that can operate in the half-court when needed (81st percentile, Synergy), but the Jayhawks prefer to push the pace and score in transition when possible (87th percentile). With Remy Martin back in the lineup, the Jayhawks have three players who score 1.15 points per possession or more in transition — making them extremely difficult to guard in the open court.

In addition to being prolific scorers, the Jayhawks also excel at rebounding as they have four players — Ochai Agbaji, Christian Braun, Jalen Wilson and David McCormack — who score more than 10 points per game while grabbing more than 5 rebounds. As a team, the Jayhawks rank 38th nationally in offensive rebounding rate and are able to create second-chance opportunities from those rebounds at a top 100 rate, per Haslametrics.

The Jayhawks rank 116th in turnover rate, which is above-average nationally. However, they have the worst turnover rate of the Final Four teams and it could come back to haunt them in close games against good defenses. It will be especially important for Kansas to take care of the ball in its pick-and-roll plays. Per Synergy, the Jayhawks’ guards commit turnovers on 20.6% of pick-and-roll possessions, which lead to opposing fast-break points and could swing the momentum of a game instantly.

Kansas likes to create contact and get to the free-throw line, but the Jayhawks make under 72% of their free throws which is the worst shooting percentage among the Final Four teams. Foul shots will be critical against Villanova, as the Wildcats are the best free-throw shooting team in college basketball.

What does Kansas need to do to win the NCAA Tournament?

The Kansas Jayhawks will be in great position to win the national championship if they continue playing excellent defense to match their high-powered offense. The Jayhawks rank 17th in KenPom’s adjusted defensive efficiency and are 7-0 this postseason with four double-digit wins and five 75+ point performances.

With Martin healthy, Kansas has an elite passing point guard that can find Agbaji and Braun on the perimeter or McCormack in the post, while also creating his own shots when the offense needs a boost. The defense does not suffer with Martin on the floor either, as the Jayhawks hold opponents to 0.89 points per possession with Martin on the floor compared to 0.94 without him per HoopLens. Overall, the Jayhawks are a veteran team that is highly efficient on both sides of the ball, which gives them a great chance to take home the title.