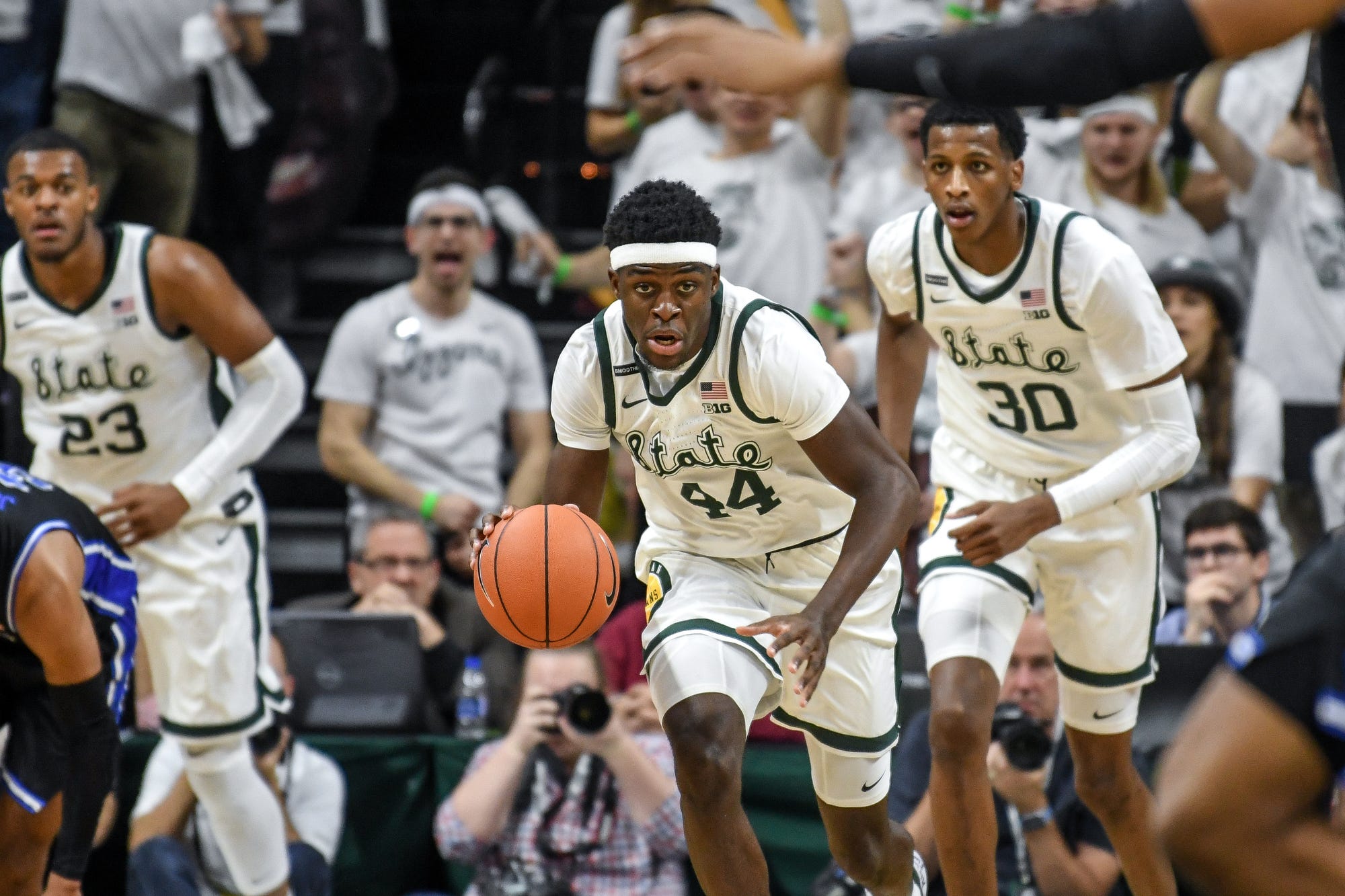 It’s finally here. Tomorrow the 2021 NCAA Tournament will officially get underway with the start of the First Four. It’ll be our first taste of what this isolated bubble environment is like, and we’ve got four great games on the slate. Make sure to check out our March Madness hub to stay on top of everything that goes on, as well as our picks on the side and total for every single game in the tournament.

But right now we’re just talking First Four, bringing you our best bets for the opening night. Many analysts have declared this Michigan State Spartans vs. UCLA Bruins showdown the best game in First Four history, so we figured that’s where we’d start.

We’ve got the Spartans as a three-star play here, and it’s easily our favorite play on the slate. UCLA got off to a hot start in PAC 12 play, but when you dig into it, it’s clear that it was always fraudulent. They won a ton of close games in a row, and that was never sustainable. Incredibly, they had a stretch where eight of nine wins came by six points or fewer, and it was only a matter of time before that house of cards collapsed.

That’s exactly what happened down the stretch, as Mick Cronin’s squad lost four straight games to end the year. Michigan State is in a complete opposite boat, as they underachieved at first but came on strong late in the season. Just in the final few weeks, they pulled off huge upsets over Illinois, Ohio State, and Michigan. Junior forward Aaron Henry is finally playing like a true Big Ten lead scorer, and the Spartans should roll here.

Check out our full game preview to find out what our pick on the total is.

The other main event for Thursday’s First Four is this showdown between two mid major teams looking to show they belong with the big boys. Drake started the season on fire with 18 straight wins to open the year, but they stumbled down the stretch. They went 7-4 in their last 11, causing a lot of people to write off their initial success as a fluke. I’m not so sure that’s fair. Two of their four losses this season came to Loyola Chicago, the team with the most efficient defense in the entire country according to Kenpom.

Wichita State pulled off one upset of Houston, but other than that they didn’t do too much to impress me in conference play in a down year for the AAC. They have only one player averaging more than 10 points per game, and don’t shoot very well from outside. Against a Drake team that ranks 19th in offensive efficiency I don’t think they’ll be able to keep up, and they shouldn’t be favorites here.

Check out our full game preview to find out what our pick on the total is.

Our last best bet is in a game between two 16 seeds that won’t get quite as much attention, but we think there’s a lot of value on the under. Mount St. Mary’s plays at the second-slowest tempo of any team in the tournament, and they should grind this one to a halt. In all of D1, they rank 344th out of only 357 teams in pace of play. Mount St. Mary’s is also 14th nationally in effective field goal percentage allowed.

In short, this one has defensive struggle written all over it. It’s a rare opportunity for the kids on these teams to be in the national spotlight, and the defensive intensity is going to be off the charts. It’s win or go home, and they’ll be acting like it. Neither team ranks inside the top 235 in offensive efficiency, and this should be an ugly one. Might as well cash in.

Check out our full game preview to find out what our pick on the spread is.