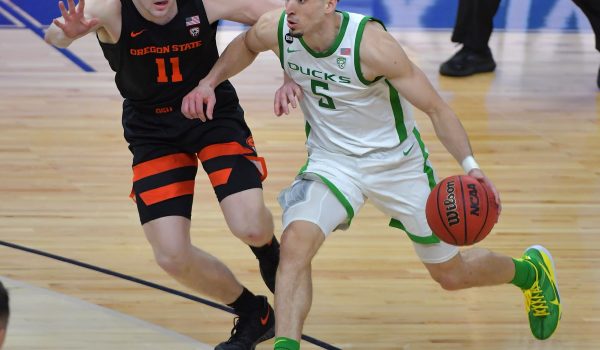 March Madness is all about the underdogs, and we’ve seen plenty of them cash already. In fact, underdogs are 17-6 against the spread over the past two days. These following teams are underdogs in their second-round game of the NCAA Tournament, but they warrant consideration of a bet. Listed below are three teams that are capable of not only covering the spread, but winning the game outright.

Oregon advanced to the second round by default, as unfortunately VCU was forced to forfeit the game after dealing with COVID issues. The Ducks now draw Iowa, who has one of the best offenses in the country. The Hawkeyes rank second in the country in Kenpom adjusted defensive efficiency, but Oregon’s perimeter defense could give them some issues. Oregon is very equipped to handle the constant movement that Iowa runs on offense, as the Ducks can essentially switch everything on the perimeter. Of course Luka Garza is capable of having a monster game inside, but I suspect Oregon will play Garza straight-up, and not allow Bohannon, Weiskamp, and Frederick to get hot.

On the other end, Oregon has the shooting to beat Iowa’s zone defense. Oregon ranks 18th nationally in three-point percentage, which is key against Iowa. Iowa allows the 28th most points in the entire country from the three-point line, so the blueprint is there for the Ducks to find success. Iowa is rightfully favored, but Oregon is a very live dog.

Abilene Christian has already shown that they can play with the big boys, as the Wildcats knocked off three-seed Texas in their opening game. The style that Abilene Christian plays is a very high-variance brand of basketball, as they try to create havoc on the defensive end. Abilene Christian leads the country in defensive turnover rate and was able to force Texas into 23 turnovers. UCLA is much better at taking care of the ball than Texas, but the Bruins have not seen a high-pressure defense like this. If the pressure gets to UCLA, we could see another upset win.

On the other end, Abilene Christian should be able to find more success in the post than they did against Texas. Texas has one of the best interior defenses in the country, so it’s not a surprise that Abilene Christian struggled to score. The good news is that UCLA ranks just 161st in field goal percentage defense at the rim, so look for Kolton Kohl to have a much better game for the Wildcats. We know for certain that Abilene Christian is going to play as hard as they possibly can, will that lead to another upset?

The Tigers are a very dangerous team because of their offense. LSU ranks fifth in the country in Kenpom adjusted offensive efficiency. They draw one-seed Michigan, which certainly will be a challenge, but not impossible. Michigan defeated 16-seed Texas Southern in their first-round game, so it still remains to be seen how Michigan adapts to not having Isaiah Livers. Livers is vital on both ends of the court, as he is one of the best defenders on the team and shoots 43.1 percent from three.

From a matchup standpoint, LSU’s offense is good enough to score on anyone, including Michigan’s sixth-ranked defense. If LSU is going to win this game though, it’s going to have to be because of their defense. The Tigers have struggled all year on the defensive end, particularly with their defensive rebounding. Michigan is not a team that crashes the offensive glass too hard, evidenced by their ranking of just 114th in offensive rebounding rate. If LSU is able to hold Michigan to one shot on most of their possessions, they have enough offensive talent to win this game.