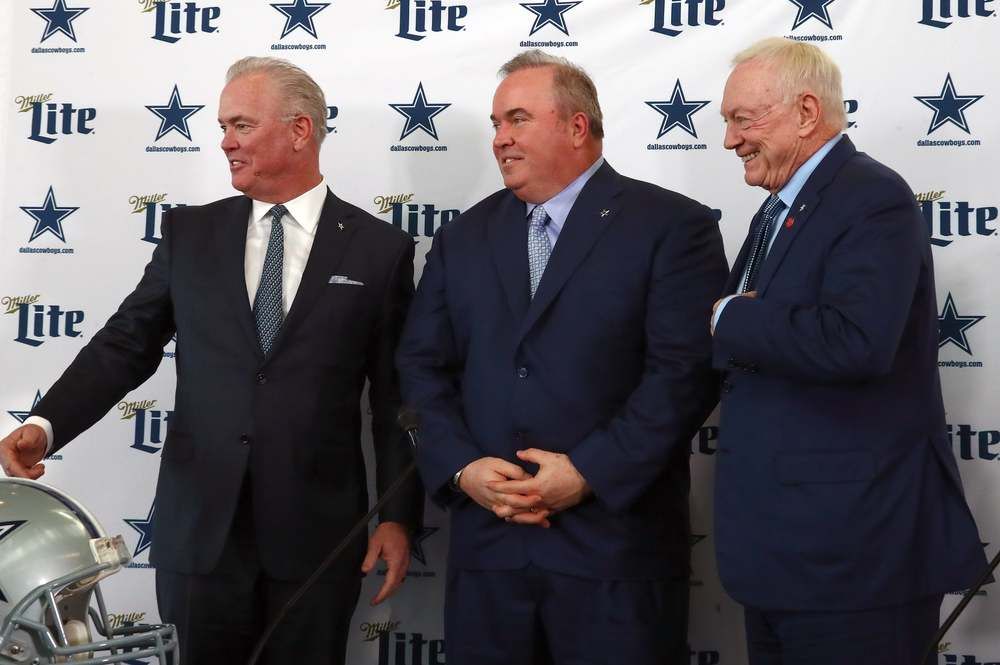 Since graduating from Davidson (The College That Stephen Curry Built), I have been writing about sports--just about any and all you can think of!--and coaching tennis in Atlanta, Ga. Beyond the four major sports, I am an avid tennis fan and cover the ATP Tour on a daily basis. If I'm not busy writing, you can generally find me on a tennis court or traveling the world wherever a sporting event takes me.
@Dimonator133
Published: 23:59 PM ET February 10, 2020

There have been five coaching changes in the NFL this offseason, with four coming in the weaker NFC. The Atlanta Falcons were expected to be a sixth such team (fifth in the NFC), but they announced late in the 2019 campaign that Dan Quinn would return. Let’s take a look at the recent head-coaching transactions and address come accompanying odds for the 2020 football season.

While leading Baylor to the brink of a College Football Playoff berth, Rhule insisted that he was happy in Waco amidst rumors of a move to the NFL. Usually when college coaches say they aren’t going anywhere, it means they are going somewhere. Unsurprisingly, Rhule jumped ship to the Panthers after they parted ways with Ron Rivera. The Cam Newton era is over in Carolina, so the new boss has some quarterback questions to answer.

With no head-coaching experience and just one year as an offensive coordinator, Freddie Kitchens was hired by the Browns in 2019. He got the boot after only one season in which Cleveland compiled a disappointing 6-10 record. Clearly not learning from having hired someone without experience, the Rams went with Stefanski to replace Kitchens. Stefanski is coming off his first season as a full-time offensive coordinator (with the Minnesota Vikings). Will the 37-year-old stick with Baker Mayfield under center, or might he go in a different direction?

Tom Brady is +1600 to play for the Browns in Week 1 of this coming season.

Jerry Jones wasn’t about to mess around with younger coach. Unlike some of the other teams making changes, the Cowboys have a roster that can win now. They never did win under Jason Garrett, but Jones hopes that McCarthy is the solution. The 56-year-old made nine playoff appearances in 12-plus seasons with the Green Bay Packers, including a victory in Super Bowl XLV. McCarthy inherits a Dallas squad that has talent all over the field, although it is not a guarantee that Dak Prescott returns as quarterback.

Prescott is +2500 to be the starting QB for the Los Angeles Chargers in Week 1 of next season.

Like the Browns with Stefanski, file this one under the department of “who?!?!” Judge has never been a head coach, nor had he even been a coordinator prior to getting hired by the Giants. The 38-year-old previously coached special teams and then receivers with the New England Patriots. Stefanski won’t have many—if any—excuses in New York given that he has running back Saquon Barkley to work with and a promising young signal-caller in Daniel Jones.

In five full seasons and parts of another with Jay Gruden at the helm, the Redskins never went better than 9-7 and did not win a playoff game. They need an injection of life in this franchise and the hope is that Riverboat Ron will do just that. Rivera did plenty of good things in Carolina (won the 2015 NFC title, for example) but was fired after this past season, some would say in controversial fashion.