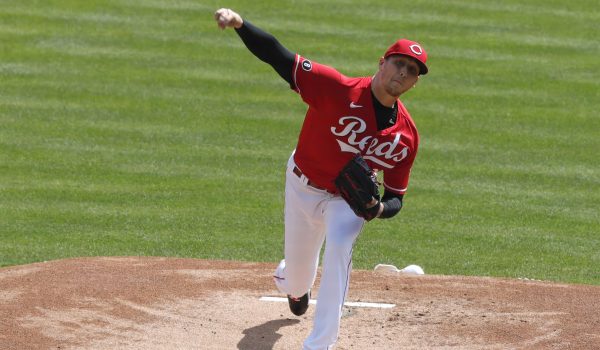 Welcome to the April 10th edition of MLB Best Bets! Today I’m taking a look at two pitchers whose values I think are highly underrated given their matchups and year over year improvement.

Scrolling through Hoffman’s game log over the past few seasons, it’s clear that he hasn’t been a very effective pitcher. His xFIP in 2019 was 5.43, which he followed with a 5.39 xFIP in 2020. However, I think there are a few strong things working in Hoffman’s favor today: matchup, longevity, and improvement. As much as anything, I think Hoffman’s past may be a product of his location: Coors Field. Known as a horrendous place for pitchers (balls travel farther, spin less, etc), Hoffman is finally out of that park and pitches tonight at Chase Field, which ranked 16th in runs/game in 2019, the last full MLB season. Since leaving Colorado, Hoffman has looked far better, getting some Spring Trainings in to adjust and then pitching extremely well in his first start (5 IP/3 H/1 ER/6 K vs a very solid STL team).

This really shouldn’t come as a surprise, since in 2019 – his last year as a full-time starter – his K% increased by 10% on the road vs at home. In 2017, where he started a career-high 17 games, Hoffman’s FIP lowered from 5.64 at home to 3.78 on the road. Despite never being a guy who’s posted terrific numbers, Hoffman has consistently eaten innings. Last year, despite the Coors factor, Hoffman went over 14.5 outs in 11 of 15 starts. After the Reds late-inning implosion forced them to run through essentially each of their top six relievers last night, they’ll be looking to Hoffman to get them at minimum five innings, even if he gets hit around a bit.

This is another matchup I love due to the extremely positive nature of arm vs hitters. Davies – fresh off a trade from San Diego to Chicago – takes on the weak-hitting Pittsburgh Pirates. This game appeals to me for a few reasons: first of all, the Pirates were downright abysmal against RHP in 2020, and made no changes to that lineup this season. In 2020, here were a few of Pittsburgh’s ranks vs RHP: wRC+ (last), wOBA (last), ISO (28th), and OBP (last). They also just lost potential NL ROY KeBryan Hayes for the season, further downgrading a horrific lineup.

Davies, who was highly efficient last year (3.82 pitches/BF), lines up perfectly for a situation like this. Even better, the wind is blowing 13 MPH in, and the conditions should negatively affect the offenses. Pittsburgh is a team already highly lacking for power, so they’ll struggle to get the ball in the gaps and out of the park, making it even likelier Davies retains strong staying power. He’s never been a guy who has struggled with control – his 2.47 BB/9 ranked in the top half of qualifying starters in 2020 – so he’ll force Pittsburgh to hit to beat him, which I find unlikely considering they’re currently hitting .194 against RHP through 200 plate appearances. Davies should be in line for 6 quality innings today.

I will admit that I was surprised to see his line this low. Zach Eflin isn’t a guy known for dominating with strikeouts, but he’s also very consistently improved his K% throughout his career, moving from 12.5% in 2017 to 28.6% in 2020, and 33.3% in his first outing of 2021. Importantly, this outing came against Atlanta – whom he faces today – as he cruised through 7 innings, allowing just 4 hits and 1 ER, striking out 8. Although the Braves certainly have the offense to crush pitching, they also swing-and-miss tendencies. Atlanta was right around the average with a 23.6% K% vs RHP, and have started out even more free-swinging in 2021, with a K% of 28.5 through 221 plate appearances vs righties.

Although it would be unreasonable to expect Eflin to repeat his gem from last week, I think it is reasonable to look for around 6 innings from him today. Given his track record and improvement over the last few years from a low-K guy to someone now striking out more than a batter per inning, if Eflin does last around six, we should expect him to have a strong chances of surpassing 5.5 strikeouts. In my mind, this is a strong play at +money, since I would rate it more at 55-45 of yes.