The Kansas City Royals and Chicago Cubs are on the MLB Network at 2:20pm ET on a Friday. On top of that, Brad Keller is on the mound. I’m pretty sure it doesn’t get any better than that. Here’s the thing, you need something to do while you wrap up your work week. There is a 0% chance you are actually going to be doing something important at that time of the day. I know it, you know it. We should just sweat out a same game parlay and then call it a work week. This makes sense and the parlay I whipped up isn’t even that crazy.

Neither one of these teams are very good at scoring runs so that’s bad. Both are in the bottom half of MLB is runs over the last 7 days. The Royals are in a National League park so they will have to hit their pitcher which hurts too. To the naked eye, this game actually has under written all over it. But like the great Pete Rose said, “you have to zig when every else zags”.  What the under guys are forgetting today is Brad Keller and Zach Davies are both on the mound today.

Davies settled down in his last start against the Marlins but before that one he had given up 14 earned runs in his last 6 innings pitched. He’s an over guy if I’ve ever seen one and simply can’t be trusted with an under. As for Keller, when he pitches, you are going to see runs. The guy has given up 12 runs in his last 14.2 innings. He’s given up at least 1 run in every game he’s pitched this season. Neither team has a bullpen that locks things down so this one is going over. 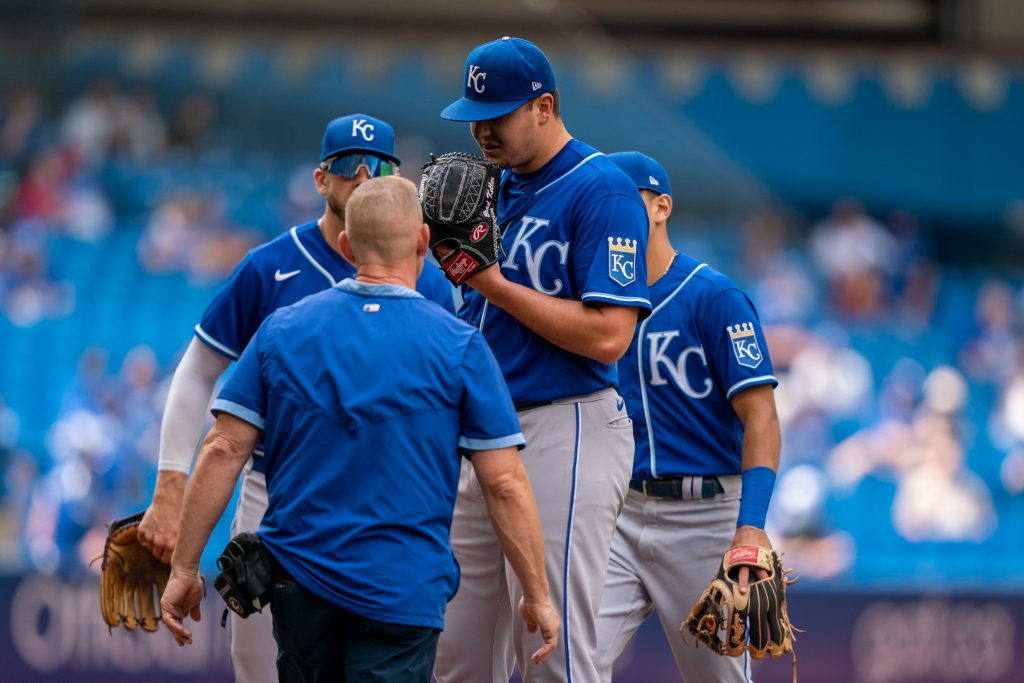 Brad Keller might give up runs but he’s going to whiff a few guys in the process. At 6’5″ 255 pounds he’s been gifted with a laser, rocket arm that he can kind of control. I’ve been watching him pitch for a couple years now and it feels like he almost knows where the ball is going to go when he throws it. That’s big when you’re a pitcher.

He could easily throw 100+ pitches today and that will go a long way against a team like the Cubs who have struck out more than any other MLB team in the last 15 days. Keller is coming off a game where he fanned 8 St. Louis Cardinals’ hitters so he’s in good form. In July he had 2 starts that saw him whiff 7 or more guys so it’s not like he hasn’t been around this number. The Cubs are a great matchup for the big guy and I wouldn’t be surprised if he showed out today.

Make sure you read our three-leg MLB mega parlay (+939 odds!)