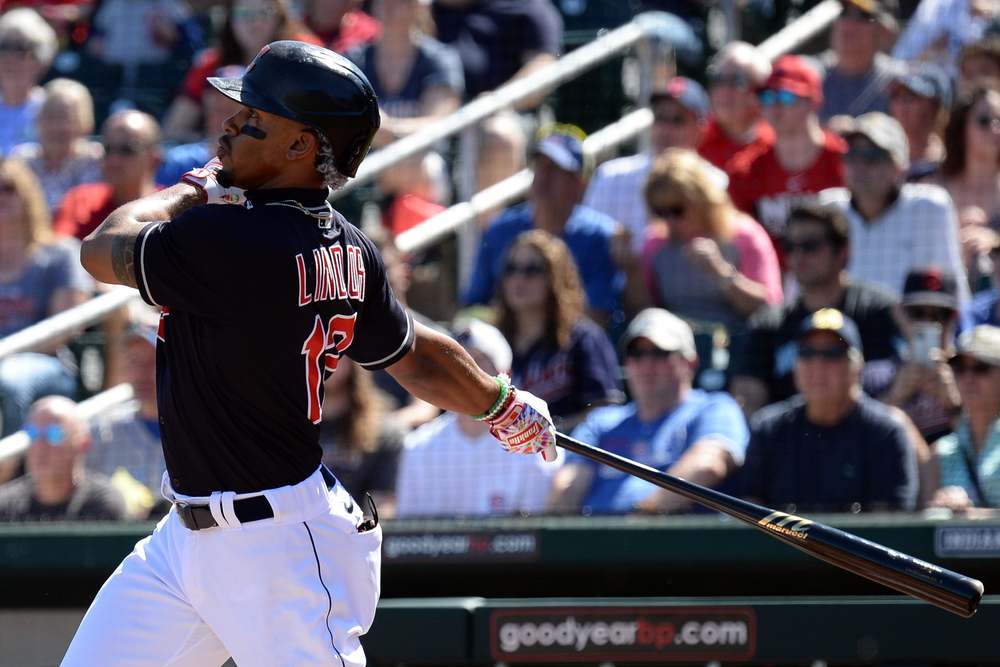 It remains to be seen if there will even be a 2020 Major League Baseball season. Last week commissioner Rob Manfred said there would 100 percent be a season in some shape or form. By Monday, however, Manfred had completely changed his tune. Now he is “not confident” about his league’s prospects of salvaging its year.

That being said, negotiations between Major League Baseball and the players union are not dead yet. In fact, a season taking place is a -300 favorite; no season happening is +200 underdog. For the sake of looking ahead, let’s assume the oddsmakers are correct and baseball returns to the playing fields in this country at some point in 2020.

Lindor can quite simply do it all. The Cleveland Indians’ shortstop hits for average and power, steals bases, and is a force in the field. He is a two-time Gold Glove winner (including in 2019) and at the plate he has homered at least 32 times in three consecutive seasons. Lindor started hot last year before fading down the stretch, so a shortened season could be right up his alley.

Just as 15-to-1 odds are probably too long for Lindor, they are the same for a player of Harper’s talent. Both guys should be entering the absolute prime of their careers (Lindor is 26 years old, Harper is 27). Harper hit a modest .260 during his first season with the Philadelphia Phillies, but he now has a year under his belt and won’t have the pressure of Philly fans in his ear at the ballpark. He has homered at least 34 times in two straight years and has driven in at least 134 runs in three straight.

Snell endured an injury-plagued 2019 campaign in which he went 6-8 with a 4.29 ERA. The Tampa Bay Rays’ lefty heated up down the stretch, however, compiling a 2.25 ERA in his last 10 appearances. The late start to 2020 could be just what the doctor ordered for Snell, because he had been dealing with an elbow injury. Now he should be good to go if and when the season gets underway. The 27-year-old won the AL Cy Young Award in 2018 with a 21-5 record and 1.89 ERA.

Strasburg has to be brimming with confidence after earning World Series MVP honors for the upstart Washington Nationals. In six playoff games he went 5-0 with a 1.98 ERA and a 0.94 WHIP. Although his regular season was not as good, it certainly wasn’t bad (18-6 record, 3.32 ERA). The former No. 1 overall pick has World Series MVP on his resume, and now it could be time for him to add a first Cy Young.

Bellinger blasted 47 home runs last season, a big reason why he earned NL MVP honors. After a down year in 2018, the Los Angeles Dodgers’ first baseman regained the stroke that produced 39 dingers in just 132 games of a Rookie of the Year-winning effort in 2017. In a shortened season that is more of a crapshoot than usual, someone outside the top favorites should be picked. Bellinger is that guy.