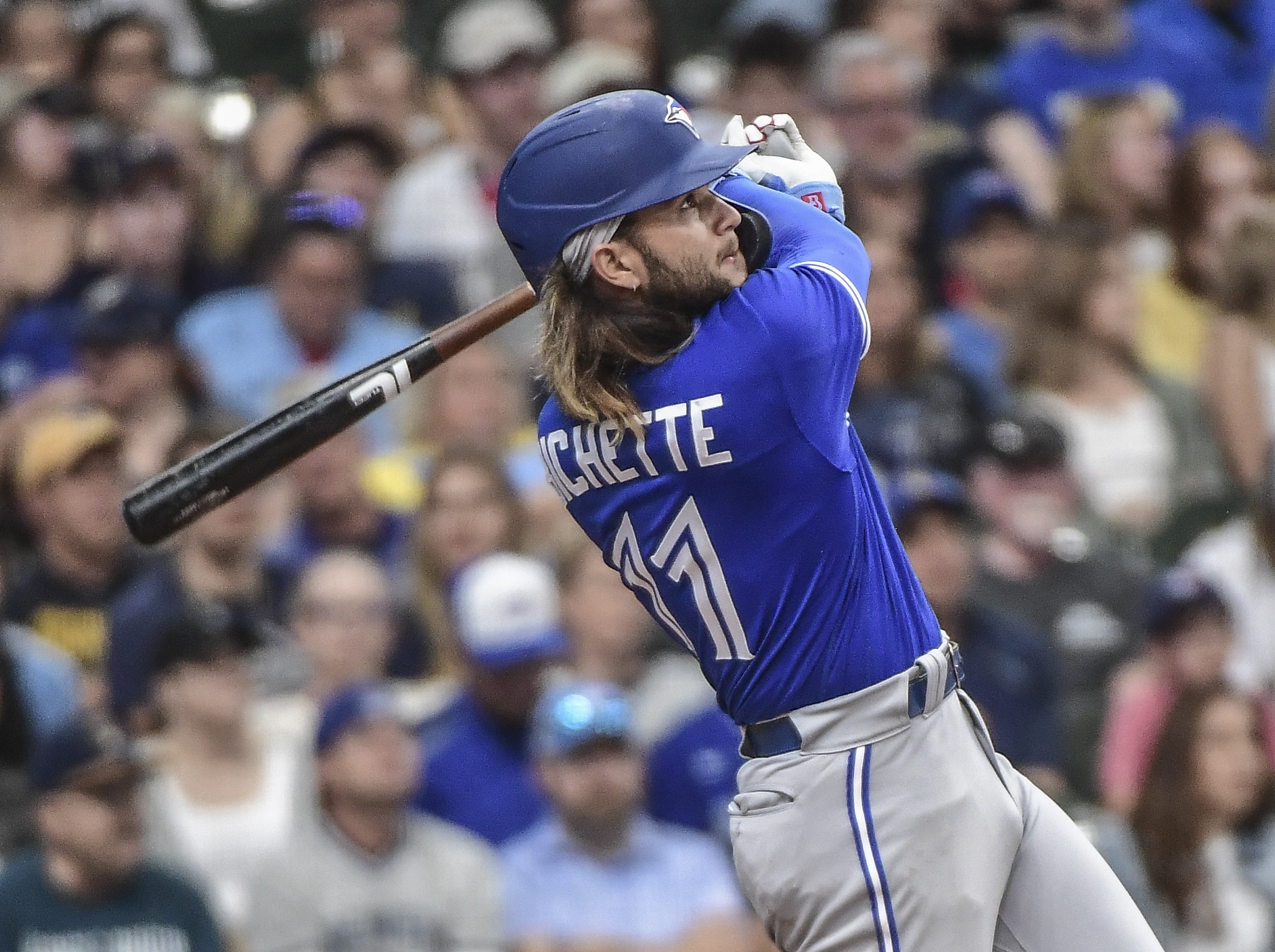 This series has been getting far more attention than most fans would have ever anticipated. Now it will receive even more, as it’s the very first game on the last day before the all-star break. The discussions started with the Royals missing nearly half of their roster due to Canadian vaccination rules. Then, it was all about Kansas City pulling off the series-opening upset as massive +310 underdogs. They were brought back down to earth on Friday, only to then put up another great fight on Saturday. With the craziness of this series, let’s see what other markets we can target. Along with this same game parlay, be sure to check out our thoughts on the side and total for all of today’s games.

This unique situation should have been a perfect opportunity for the Blue Jays to get things figured out heading into the all-star break. They were on a 1-9 stretch, and were losing series to some of the league’s worst teams like the Athletics. Despite that, they’ve still been -300 or higher favorites in this series. They clearly need to change more than just firing their manager, and there is simply no value in backing them to win at these prices. Similarly, the Royals have already shocked this series. However, there’s also no confidence in investing in a team that is missing nearly every key player.

Therefore, we’re going to avoid the side and focus on both teams producing at the plate. They’ve taken turns underperforming, but the pitching matchup will not be nearly as strong now that it’s the 4th game of the series. Toronto’s Jose Berrios is a far cry from ace Alek Manoah, who was on the mound when the Royals scored just 1 run on Friday night. Berrios allowed at least 6 runs in back-to-back starts to end June, while the Royals have the league’s 4th-worst bullpen. Toronto’s lineup on paper should be among the best in the league. Although they haven’t lived up to that standard, they still have the potential to go off against relievers who worked into extra-innings yesterday.

Targeting a Royals hitter would have seemed ridiculous after the news came out of the Kansas City hitters unable to travel to Toronto. However, they’ve since proved otherwise. The guys that have been in the lineup have been making up for those missing. Nicky Lopez is not the most well-known Royal, but he’s been doing well, leading off in front of rookie sensation Bobby Witt Jr. Lopez has had to step up as Whit Merrifield is 1 of those unable to play in this series. Not only did he have 3 total bases in the series opener, he’s no stranger to Jose Berrios. He’s 6-for-13 against the Blue Jays starter, including 3 doubles. That’s helped him reach a ridiculous 1.281 OPS against him as well. Whether it’s another double, or multiple hits like he had on Thursday, Lopez can finish the series strong.

We’re already rooting for runs from both teams, so having hitters from each team helps boost our odds while also keeping everything correlated. Despite the Jays having a harder time than they should be in this series, they still have several great hitters. Vladimir Guerrero Jr. and Alejandro Kirk came through with this prop yesterday, and now it’s Bo Bichette’s turn. It’s rare for him to not hit this prop, as his 160 total bases is just 4 behind Vladdy for the team lead. He still had a hit yesterday, but can produce more today. Bichette leads the team with 99 hits, which is also the 5th-most in the American League. Better yet, 20 of those are doubles. Similar to Lopez, Bichette can cash this prop with a single swing or a couple of hits against a fatigued Royals bullpen.