Do you know what we need? We need a MLB parlay. It’s just the right move given the situation. There are 13 MLB games, all of which start after 7:05pm ET. Two of them are going to be national broadcasts. ESPN will have the Chicago Cubs and New York Mets at 7:10pm ET. If you want the Philadelphia Phillies and Los Angeles Dodgers, MLB will have them at 10:10pm ET. This is clearly a baseball night and these are four of my favorite bets.

The Blue Jays’ bats have absolutely come alive in this series. This will be the fourth and final game of the series with Toronto winning the last two. They dropped 18 runs on Boston yesterday and seven in the game before. Boston’s pitching hasn’t been great all year but lately it’s gone from bad to worse. Over the last two weeks, opponents are hitting Boston’s pitching at a .310 clip which is the worst in the majors during that span. Look for the Blue Jays’ bats to stay in form and beat the Red Sox one more time tonight. This is a great starting point for the MLB parlay.

I hate going against Reds starting pitcher Vladimir Gutierrez but it must be done. The rookie has been very good in three starts this season, going 2-1 with a 2.65 ERA in 17 innings pitched. The last time he threw was against this same Brewers teams getting the win that day. Still the Brewers have won eight of their last nine games. It’s tough to dominate an opponent twice in a row, especially for a rookie. For that reason, I think the Brewers take this one tonight in front of their home crowd. This should keep the MLB parlay rolling.

Check out our full game preview for Cincinnati Reds vs. Milwaukee Brewers 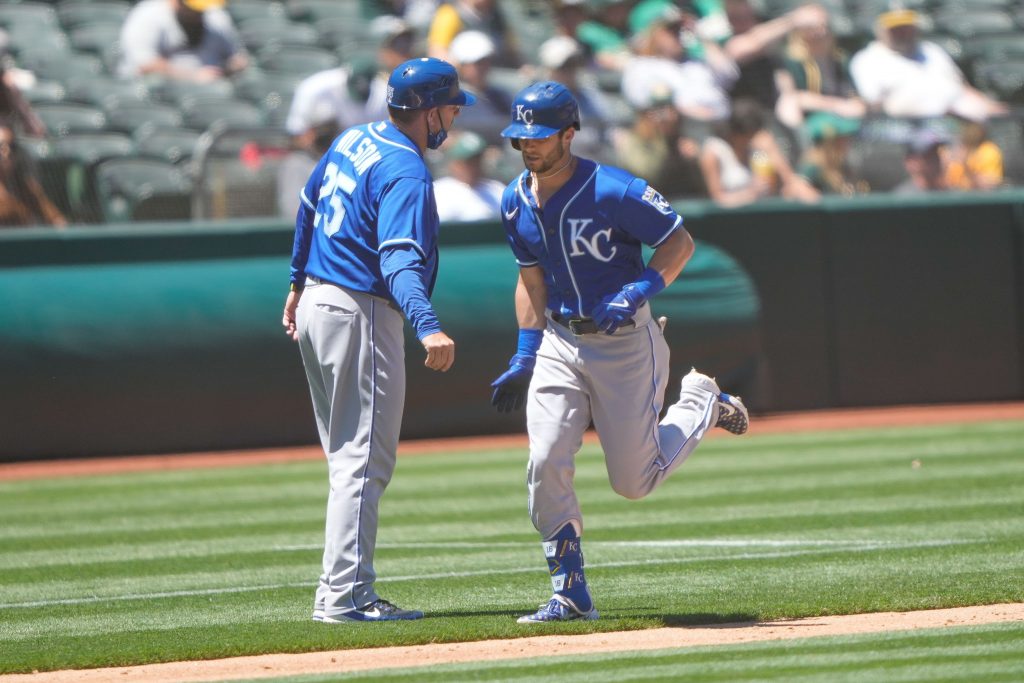 This is a tough one to back but when you think about it, the Royals are clearly the play here. It’s true that Kansas City has won only once in their last nine games, but before that, they had won five straight. Three losses have come by one run and none have been to a team like the Detroit Tigers. Detroit has the third-lowest OPS of any team in MLB and they are sending Matthew Boyd to the hill tonight. Boyd has given up at least four earned runs in four of his last five starts and their bullpen is has the third-worst ERA in MLB. This is a “get right” spot for the Royals and they should keep the MLB parlay rolling.

Check out our full game preview for Detroit Tigers vs. Kansas City Royals

This is another one that feels ridiculous since the Twins are such a Jekyll and Hyde team, but it is the right move. They just got waxed 14-3 yesterday by the Houston Astros but the last time they gave up double-digit runs, they answered the bell in the next game. The good news is, the Seattle Mariners won’t score 14 runs tonight. It would usually take them almost four games to score that many runs. They’ve got the second-worst OPS in MLB this season and the worst team batting average. Kenta Maeda should be able to do enough to keep the Mariners at bay and cash our MLB parlay in the process.

Check out our full game preview for Minnesota Twins vs. Seattle Mariners

MLB 3h ago
Best sportsbook promotions and odds boosts for Monday: MLB, NFL and the Olympics