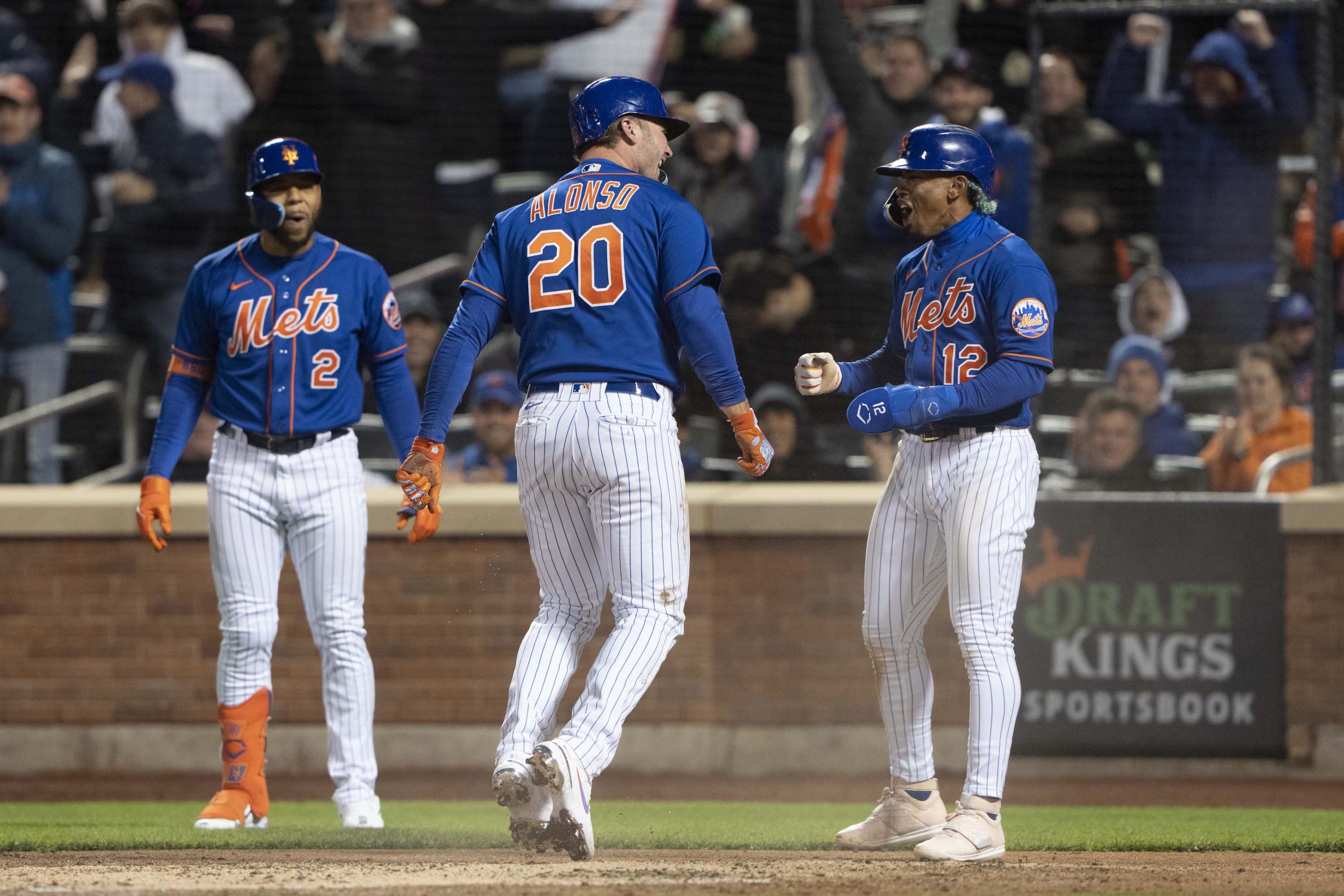 We are beginning the week in Major League Baseball with a modest 10-game slate on Monday. What it lacks in quantity, however, it makes up for in quality. An intriguing matchup between the Red Sox and Astros is set for 8:00 pm ET on ESPN before a National League West rivalry game pits the Dodgers against the Giants at 9:45 pm ET. It should be an entertaining night on the diamond and it all gets started at 6:40 pm ET, when the Reds visit the Marlins.

It’s time to take a look at the three components of Monday’s mega parlay.

For this parlay we are going with two favorites on the money line and one favorite on an alternate run line. Let’s break down each of the three legs one by one.

Patrick Corbin has been horrific this season and his advanced metrics are even worse. The Nationals’ lefty has a 6.49 ERA while ranking in the 4th percentile for xERA through 105.1 innings. He has been especially bad of late, allowing 21 runs on 32 hits in his last 16.2 innings. That makes for an ERA north of 10 in his last 4 starts, and now he will go up against a lineup that has crushed him already this season. On May 31 the Mets got him for 7 runs on 12 hits in just 4.1 innings en route to a 10-0 win. As if the cards weren’t already stacked against the Nationals, they will also face Mets right-hander Max Scherzer on Monday. Scherzer was sidelined for all of June with an injury, but he has been incredible since returning with a 1.39 ERA and a 0.84 WHIP in 5 starts. Back the -2.5 alternate run line with confidence, as this is one of the most lopsided matchups you’ll see.

Despite their separation in the standings, these AL Central teams are more evenly matched than it may appear. That provides great value on the Royals well into plus money. This series is likely to be even closer than it otherwise would have been at any other time. Chicago’s injury issues have been well-documented. Leadoff man Tim Anderson was suspended for 3 games for making contact with an umpire this past Friday. The Sox lost to the Athletics — the worst team in the American League – 7-3 in that contest. They proceeded to need a walkoff wild pitch to win the following game against Oakland. If they are struggling against such a poor team, the Royals can prove they are better than their record appears. Kansas City is coming off a relatively competitive 4-game series against the high-powered Yankees, whom it upset as a +220 underdog on Sunday. The Royals also got Salvador Perez back in their lineup and he hit a 3-run homer off Gerrit Cole in his first game back and went deep again yesterday.

The Diamondbacks very nearly pulled off an upset in yesterday’s series finale against the Braves, who are one of the best teams in the league. As for the Guardians, they get to boost their record against some AL Central puffcakes. And they still don’t have a very good record! While both teams have been inconsistent, the Diamondbacks can open up this series with a win against Cleveland starter Cal Quantrill. He did not look good in his last start, as he was roughed up for 6 runs by the Red Sox. That’s a bit more concerning than it may sound, as Boston has been one of the league’s worst teams since the all-star break. Although the D-Backs didn’t have a great weekend in ATL, they opened the second half of their season well. They won their series against the Nationals and swept the Giants by a combined score of 19-6. There is some solid value on underdogs across Monday’s slate and the Diamondbacks are among that group. Cap off this parlay with another upset.