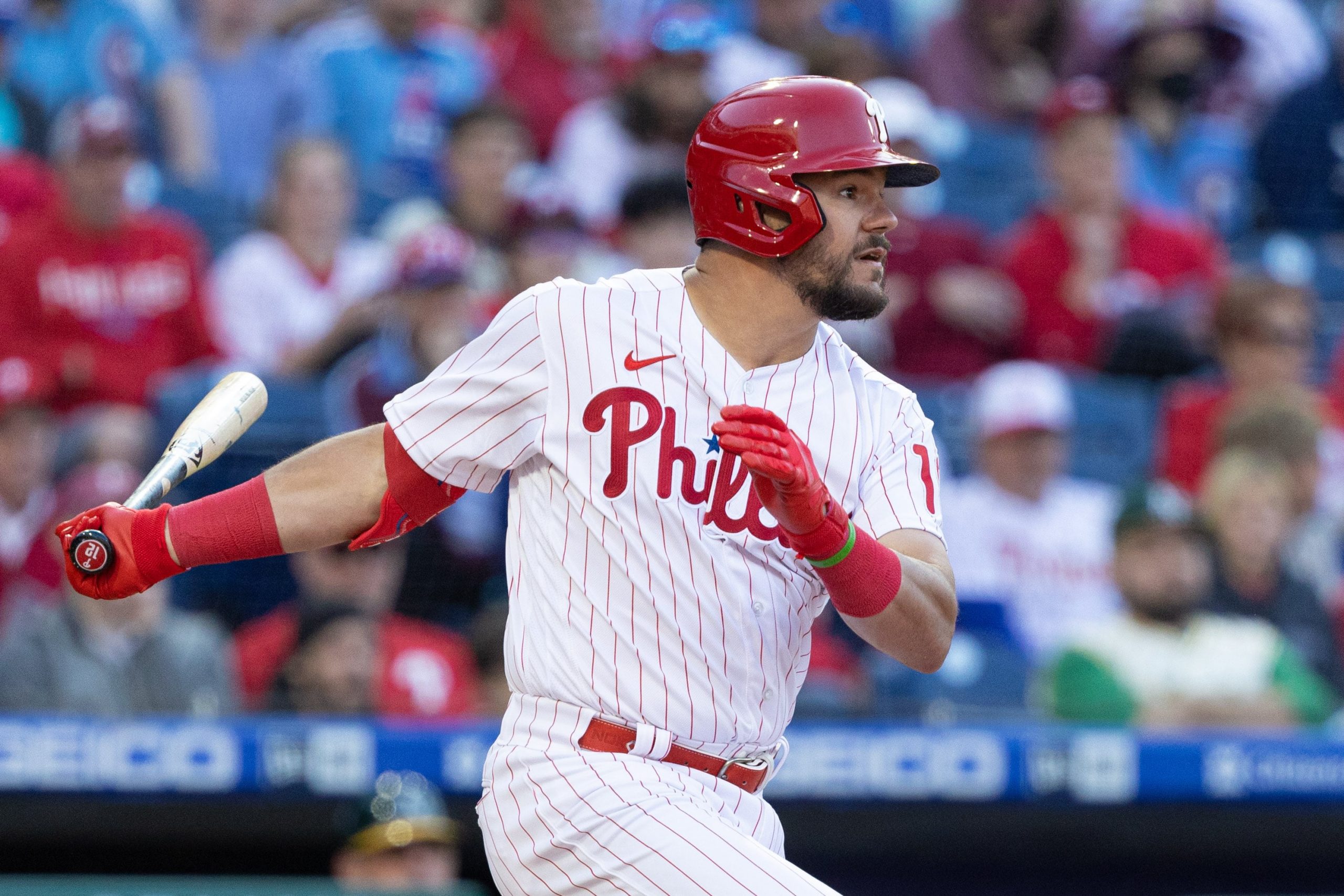 We are getting another week in Major League Baseball started with a relatively small 10-game slate on Monday. Still, there is plenty to work with as we try to form a winning parlay. A single afternoon game is taking place between Detroit and Kansas City, who will play the second leg of a doubleheader at night. The schedule is headlined by the beginning of a crucial 3-game series between the Mets and Braves, televised on FS1 beginning at 7:20 pm ET.

Let’s take a look at the three plays.

Read our MLB picks and predictions for EVERY game today

This series finale features a great pitching matchup between Aaron Nola and Miles Mikolas. Nola gives the Phillies a slight edge on the mound due to his impressive numbers, posting a 3.15 ERA and 2.91 FIP across 17 starts. He has some impressive metrics, as well, ranking in the top 20% of pitchers in hard-hit percentage and strikeout percentage – so not only is he generating weak contact but he also has the ability to strike batters out.

This is a dangerous Cardinals lineup, but Nola has the arsenal to slow them down. Mikolas may be due for some negative regression with a 3.51 xERA, and he doesn’t match Nola in several key metrics. Despite the absence of Bryce Harper, Kyle Schwarber has led the way for the Phillies’ offense and they should be able to generate some runs against Mikolas.

Be sure to check out our full game preview for Philadelphia Phillies vs St. Louis Cardinals

The Royals have one of the league’s worst bullpens, while the Tigers have had one of the best all season. It’s what can allow Detroit to pull off this upset. Even if the bullpen usage is similar in the first game of the twin bill, the Tigers will still have the advantage in that category. They may be behind in some hitting statistics, but they have been rivaling the Yankees and Astros for the best relief staff this season.

Even Detroit’s offense has been showing some life. The Tigers just swept the Guardians in a 4-game series last week and transitioned that into 2 more wins to begin their series against the White Sox. Although they didn’t end the weekend as strong, they are still above the Royals in the division. Detroit’s Alex Faedo has been pitching well of late, whereas Kansas City’s Daniel Lynch hasn’t been on the mound since mid-June.

This is a short turnaround for these National League West rivals teams to be playing each other again, as they just wrapped a 3-game series in the desert last week, with the Diamondbacks taking 2 of 3 games. The projected starters, whose most recent starts were in this series last week, are right-handers Merrill Kelly for the Diamondbacks and Alex Cobb for the Giants. Kelly is 7-5 in 17 starts with a 3.42 ERA and a 1.23 WHIP. He pitched well against the Giants last week, allowing only 2 hits and 2 earned runs in 6.1 innings of work. He is also off to a hot start in July, with a 2.03 ERA with a 0.83 WHIP. Cobb is 3-3 in 12 starts with a 4.74 ERA and a WHIP of 1.37. He wasn’t as solid as his opposing pitcher last time out, allowing 7 hits and 4 earned runs in 6.0 innings to the Snakes. An upset here has good value.