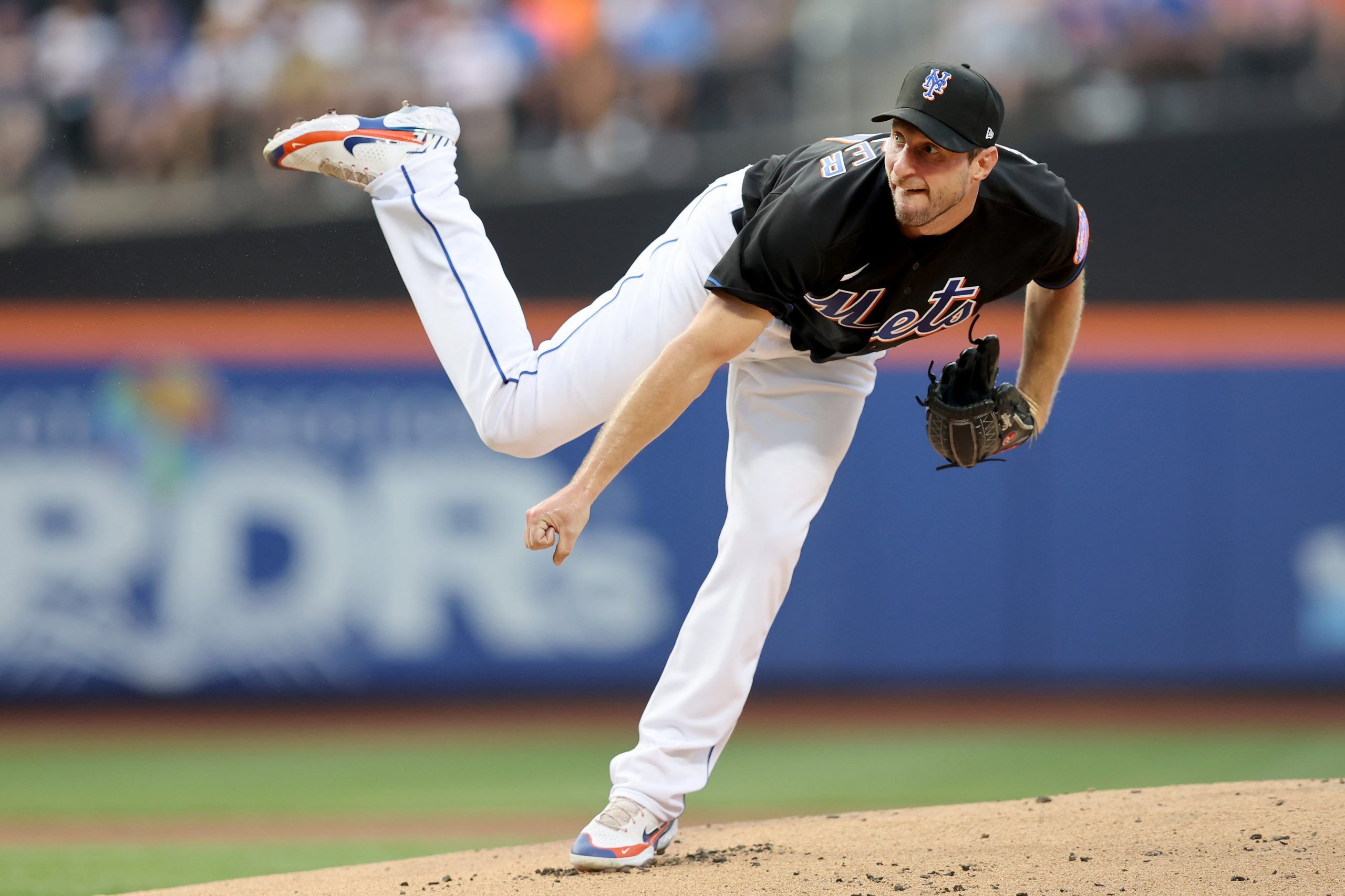 The 1st Subway Series of the season kicked off last night, and got off to a hot start. Both teams hit multiple home runs in the 1st inning, and Aaron Judge extended his league lead. This series always brings along extra hype, but it’s warranted this season. They’re both leading their respective divisions, and many still think this could potentially be a World Series matchup. While there is a long way to go for that, we can still make tonight’s game profitable in the meantime. Along with this same game parlay, be sure to check out our thoughts on the side and total for all of today’s games.

Unfortunately the 1st meeting between the New York teams this season is just a short 2-game series. It’s also a shame that we won’t be getting a battle of aces on the mound with the Yankees starting Domingo German. However, the Mets are putting theirs out there with Max Scherzer being named the starter. That also provides them with an opportunity to sweep the Yankees, albeit in just 2 games. Despite going down 2-0 within just minutes last night, the Mets were still able to come back and win by multiple runs. The Yankees may have the nickname the Bronx Bombers, but their cross-town rivals can be just as formidable at the plate.

The Mets were even able to come back without a home run from the powerful Pete Alonso. However, he did tack on an RBI, adding to his league-leading total of 83. Scherzer doesn’t generally need much run support at all, but it will certainly provide confidence when facing this Yankees lineup. He’d certainly be an NL Cy Young favorite had he not missed time; regardless, he’s been stellar since returning. Scherzer’s been back for 4 starts, pitching at least 6.0 innings in each while allowing just 5 total runs. That’s all without mentioning he struck out 39 batters in that span, an average just shy of 10 per game. Giancarlo Stanton being placed on the injured list also gives him 1 less bat to worry about. The Yankees’ lineup is still as deep as they come, but the Mets have already proven they can be even more potent.

Just as Scherzer should help lead the Mets to an overall win, he should also have them leading after the first 5 innings. Rather than taking just the 1st half money line, the specificity helps boost our payout. The Mets were leading by 2 runs after 5 innings last night, and can repeat that again tonight. Scherzer’s dominance is well documented, so let’s focus on the Mets’ ability to produce against Yankees starter Domingo German.

He’s been with the team for several years now, but has just a single start this season. That came just a week ago against the Astros. Houston hit him early and was leading 5-2 by the end of 5 innings. While that is just a tick too high for this prop, that was with AL MVP candidate Yordan Alvarez hitting out of his mind. Alonso and the Mets have a great lineup, but they’ve scored more than 5 runs in the 1st 5 innings just once in nearly 2 months. With Scherzer giving up 2 runs in the 1st 5 innings in each of his last 2 starts, we could see something similar to a 4-2 or 3-1 score heading into the 6th inning.

With so many all-star names in this matchup, it’s time to get some real value. Mark Canha may not be as well-known as Alonso or Lindor, but he can come through on this prop. After 7 years with the A’s, the outfielder went cross-country to New York to help them take over the NL East. He was the 1 mic’d up for the Sunday Night Baseball game this past weekend and helped take down the Padres. He racked up 3 total bases in that game, and we only need a single hit tonight. There aren’t many hitters in this game with history against German, but he is 1 one of them. Canha is 6-for-9 against him, including a double and home run for a ridiculous 1.111 slugging percentage. With that type of efficiency at the plate against 1 specific pitcher, trust Canha to cash this prop tonight.