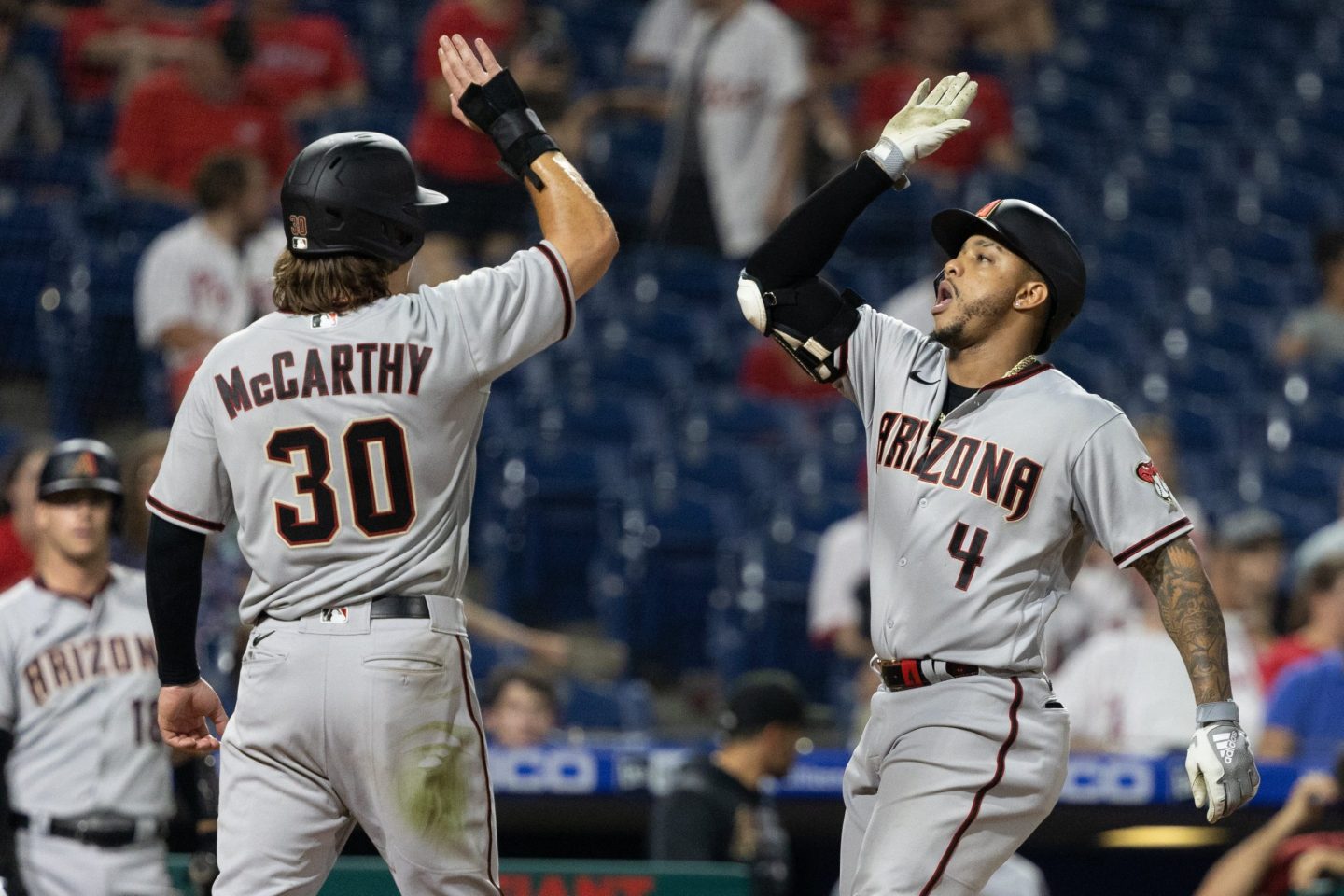 A full Wednesday slate of Major League Baseball action has 8 games in the afternoon and 7 more at night. Among them is an ESPN+ televised contest between the Miami Marlins and Arizona Diamondbacks. Impressively, Arizona is still over .500 – whereas Miami is most definitely not. Here is a look at the best same game parlay option for Marlins-Diamondbacks and also be sure to check out our full game preview for picks on the side and total.

I cashed my same game parlay for Sunday Night Baseball between the Cubs and Dodgers at +899 this past weekend, so let’s keep the momentum going!

Part of the value in same game parlays, of course, is that all of its components can be correlated if you so choose. That is the entire plan here, as Merrill Kelly striking out his fair share of batters and Christian Walker getting a base hit would obviously work well with an Arizona win by multiple runs. Let’s break down each of the three legs one by one.

The Marlins started the season 12-8, but it’s safe to say the honeymoon is over. They are 1-8 in their last 9 games and have lost 3 in a row – including the first 2 games of this series with the Diamondbacks. World Series MVP Jorge Soler was a big addition in the offseason and when he hits it, it goes a long, long way; the problem is he rarely hits it. Miami has scored 3 runs or fewer in 5 of its last 6 outings. There is no reason to think the Fish will suddenly find offensive success with Kelly on the mound for Arizona. The Marlins are countering with Sandy Alcantara, who has been good in 2022 – but certainly not as good as Kelly. A surprising 17-14 record for the D-Backs includes a 7-1 mark in their last eight games and they are 3-1 when Kelly takes the mound. Count on an easy win for the Snakes.

Kelly has been one of the best pitchers in baseball so far this season. He is 3-1 with a 1.22 ERA and 34 strikeouts compared to only 7 walks in 37.0 innings. The right-hander has struck out at least 4 batters in every appearance this year and at least 6 in 3 of his 6 starts. Kelly most recently fanned 8 in 8.2 innings of 1-run baseball during a 4-1 victory over Colorado last Friday. The Marlins have struck out the 9th-most times in baseball (266), so Kelly has every reason to continue racking up Ks.

Don’t be fooled by Walker’s .192 batting average. To say that he has been much better of late would be a gross understatement. Walker is batting .310 in May with 4 multi-hit performances dating back to last Tuesday. The first baseman went 2-for-3 with a double in each of the first two games of this series. As if all of that isn’t enough, he is 3-for-6 lifetime against Alcantara with one home run.